Delhi Daredevils' final IPL outing was as woeful as their opening one, with table-toppers Kings XI Punjab inflicting a seven-wicket defeat on the tournament's wooden spooners in Mohali on Sunday.

Batting first, Delhi Daredevils' batting flopped once again as they were shot out for 115 in 18.1 overs with Kevin Pietersen's half-century being the only saving grace.

In reply, Kings XI Punjab knocked off the runs with as many as 37 balls to spare. David Miller (47 no) and Manan Vohra (47) smashed 96 runs in 10 overs to seal the issue.

It turned out to be contrasting campaigns for both the sides. On one hand, Daredevils lost 12 of their 14 matches, including nine in a row, Kings XI Punjab won 11 of their 14 encounters to end with 22 points - four clear of second and third placed KKR and CSK respectively.

Virender Sehwag (9) and Glenn Maxwell (0) were out cheaply but Mannan and Miller smashed the Daredevils bowlers into submission. Manan hit four fours and two sixes in 38 balls while Miller hit as many fours and sixes in 34 balls. He lofted Imran Tahir for a six to end the match in style.

Earlier, Kevin Pietersen (58) finally got a half-century, which had nine boundaries with a few bearing testimony of the vintage KP but his teammates again showed that most of them didn't have the application nor zeal to finish with their heads held high.

In the end, they were all out with as many as 11 balls to spare. Parvinder Awana, Mitchell Johnson, Akshar Patel and Karanveer Singh got two wickets each. 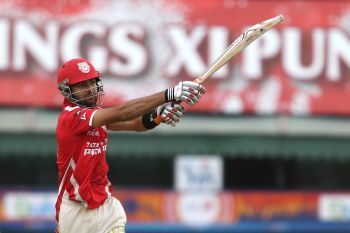 Save their skipper, none of the Delhi batsmen scored more than 15 runs.

Mayank Agarwal (2) once again played an irresponsible shot as has been the case with him in this edition and was caught by Virender Sehwag off Johnson.

With 115 runs from eight games, there will always be questions raised about whether the Bangalore boy deserved a chance in the playing XI after so many failures.

Dinesh Karthik (13) had three boundaries but closed his bat face off Awana to give a simple catch to Patel.

Save an odd performance here and there, the Tamil Nadu stumper didn't inspire any confidence in either front or behind the stumps.

Kedar Jadhav (0), promoted up the order, tried to hit Awana over mid-off, but Vohra took a smart overhead catch to reduce Daredevils to 44 for three at the end of Powerplay.

Manoj Tiwary (8) was a victim of a mix-up as non-striker Kevin Pietersen ran straight to the batsman's end without looking at the point fielder, who lobbed it back to the bowler at the non-striker's end to do the needful.

JP Duminy (8) tried a sweep shot when a delivery from leggie Karanveer bounced a tad too much and an easy catch was taken by Patel at short cover.

Pietersen was then adjudged leg-before trying to play Rishi Dhawan across the line although replays showed that the ball might have drifted down leg-side. The former England captain faced 41 balls for his 58.

It was one such season that the Daredevils will like to forget in a hurry as nothing went right for them. They started the season from scratch with the appointment of Gary Kirsten but their choice of players at the auction hurt the team's chances badly.

Pietersen's captaincy didn't inspire confidence of the highest order. The batting order never had a settled look and the bowling looked pretty below par.

With no auctions for another two seasons, it will be interesting to see how they get out from the dumps in the coming season. 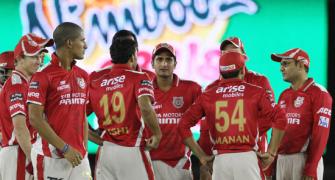 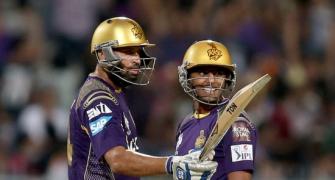 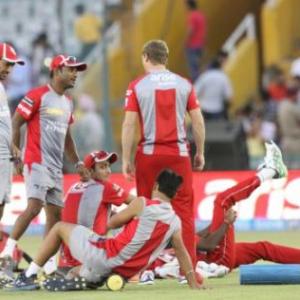 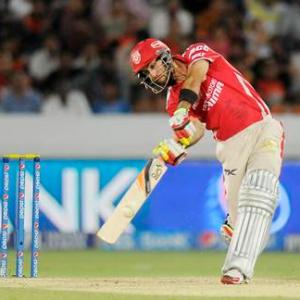