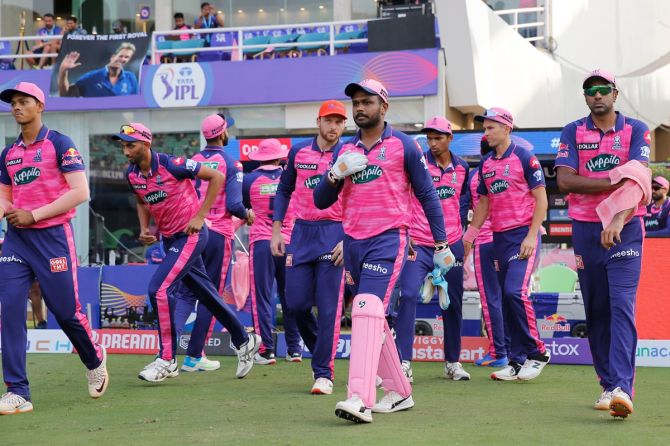 IMAGE: Sanju Samson would be more than keen to find consistency and lead from the front. Photograph: BCCI/IPL

Rajasthan Royals would aim to build on their promising start to the season when they take on Royal Challengers Bangalore, a side that is yet to unlock its potential, in IPL 2022, in Mumbai, on Tuesday.

Royals come into the game high on confidence, following their 23-run win against Mumbai Indians.

RCB, led by Faf du Plessis, head into the match after a narrow three-wicket win over Kolkata Knight Riders and would be looking to be more convincing against Royals.

It is also learnt RCB's Australian all-rounder Glenn Maxwell will not be available for Tuesday's match.

"No Australian player can play before (April) 6th. There's an embargo from the Australian Board, so Maxwell is not available," a source said.

The Wankhede track has been aiding the pacers initially and both the teams can take advantage of it.

For Royals, opener Buttler is in sublime form and can pummel any attack to submission, like he did on Saturday en route to a memorable hundred.

However, he would need support from fellow opening batter Yashasvi Jaiswal and one-down Devdutt Padikkal, who would be itching to get among the runs.

After his half-century in the first game, Roals skipper Sanju Samson was unable to convert the start against Mumbai Indians. Knowing his ability to hit sixes at will, Samson would be more than keen to find consistency and lead from the front.

Another important cog in their wheel is West Indies batter Shimron Hetmyer, who has played useful cameos in the first two games. The top five, if they get going, can make things hard for the RCB bowlers.

On the bowling front, Royals are unlikely to tinker with their combination. Trent Boult, Prasidh Krishna and Navdeep Saini held their nerve against Kieron Pollard and were right on the money.

Eight overs of Ashwin and Chahal can turn the game on its head and their contribution could prove decisive. 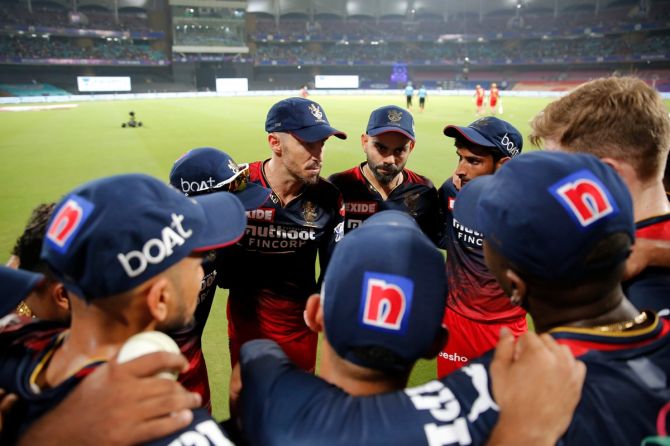 For Bangalore, their bowlers led by Sri Lankan leg-spinner Wanindu Hasaranga performed their task with perfection against KKR.

While Hasaranga will be key in stopping Samson and Co, pacers David Willey, Akash Deep and Mohammed Siraj, who combined to take four wickets against KKR, would need to come good again.

Also death overs specialist Harshal Patel will have to be at his best if RCB aim to contain a powerful RR batting unit.

More than the bowling, batting has been a concern for RCB.

While opener Anuj Rawat needs to show consistency, captain du Plessis also will have to lead from the front and get a big score. 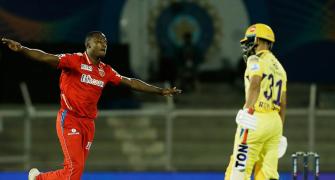 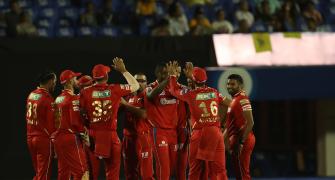 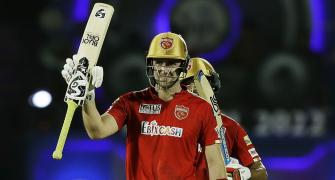 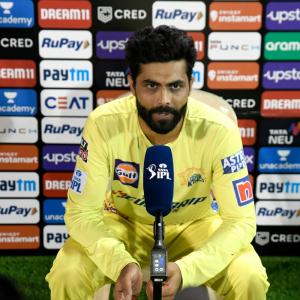 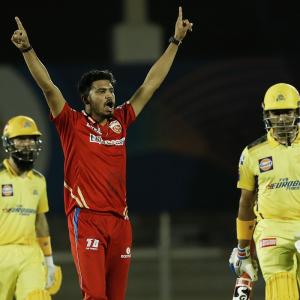