IMAGE: Hardik Pandya led from the front to take Gujarat Titans to a win in their debut season. Photograph: BCCI

Debutants Gujarat Titans were crowned the Indian Premier League (IPL) champions on Sunday after they beat Rajasthan Royals by seven wickets in the final in Ahmedabad.

Opting to bat first, 2008 champions Rajasthan never got going and posted a below-par 130-9 with Jos Buttler, this IPL's leading scorer, topscoring for them with a rather subdued 39.

Pandya shone with the bat too, scoring 34 and forging a 63-run stand with Shubman Gill to help Gujarat overcome a slow start to their chase.

Opener Gill remained unbeaten on 45, sealing Gujarat's victory with a six and with 11 balls to spare.

South African David Miller made a quickfire 32 not out for Gujarat in the low-scoring final in front of more than 100,000 fans. 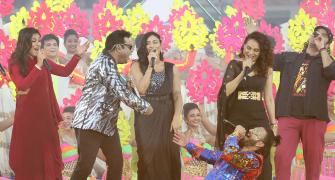 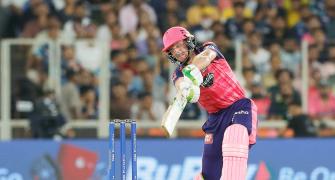 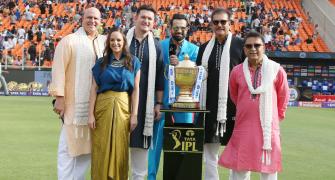 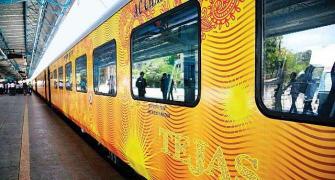 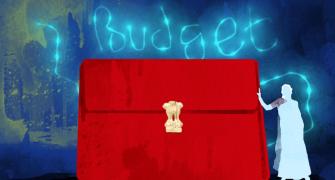 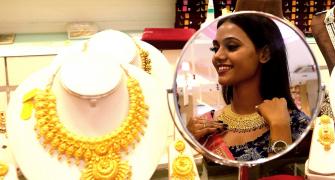 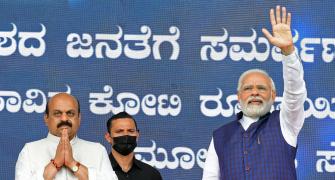 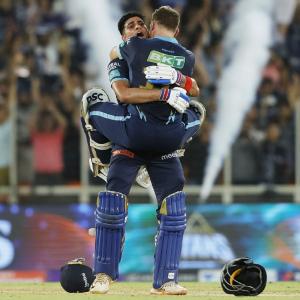