Evin Lewis, who looks up to Chris Gayle for inspiration, batted, or rather, belted the ball like the legendary Jamaican to power Lucknow Super Giants to an incredible six-wicket win over Chennai Super Kings in the IPL on Thursday.

Lewis blazed away to an unbeaten 23-ball 55 as LSG, from a hopeless situation, overhauled an imposing target of 211 with three balls to spare. 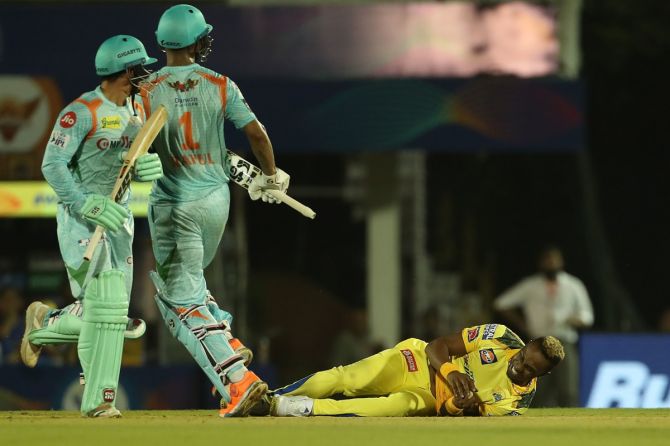 Openers KL Rahul (40) and Quinton de Kock (61) laid the foundation with a rollicking stand but the increasing required run rate made the task extremely difficult for LSG.

However, Lewis had other ideas and along with the talented Ayush Badoni, who played his part with a nine-ball 19, made it look quite easy in the end. 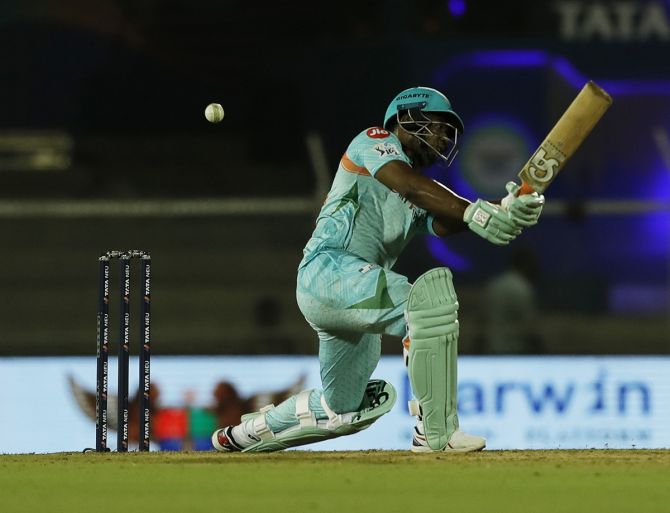 The script changed completely in the blink of an eye as Lewis and Badoni smashed Shivam Dube for 25 runs in the penultimate over to bring the equation down to nine from the last six balls.

For sure, handing the ball to Dube to bowl the 19th over will be debated for a while.

In all, Lewis hit six fours and three sixes as first-timers LSG recorded their maiden win in the lucrative league. Badoni hit two maximums, which turned out to be crucial in the context of the final result.

Earlier, leg-spinner Ravi Bishnoi (2/24) did a tremendous job with the wet ball in difficult conditions, even as Robin Uthappa turned back the clock with his beautiful yet brutal assault to propel CSK to a strong total.

Rahul and de Kock were off to a flyer, punishing the CSK bowlers into submission.

The duo was at its destructive best, dealing only in four and sixes and at one point it looked like they were going to finish the game in quick time. 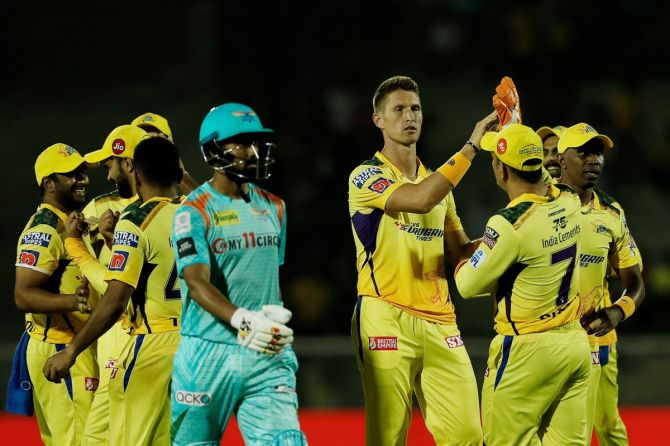 But Dwaine Pretorius (2/31) was right on his mark as he got rid of Rahul before Dwayne Bravo (1/35) engineered Manish Pandey's dismissal to bring the defending champions back in the game.

Then, Lewis joined forces with Badoni to do the job for LSG.

With just nine required in the last over and Mukesh Choudhary bowling a couple of wides, Badoni smashed a six to level the score and then took his side over the line. 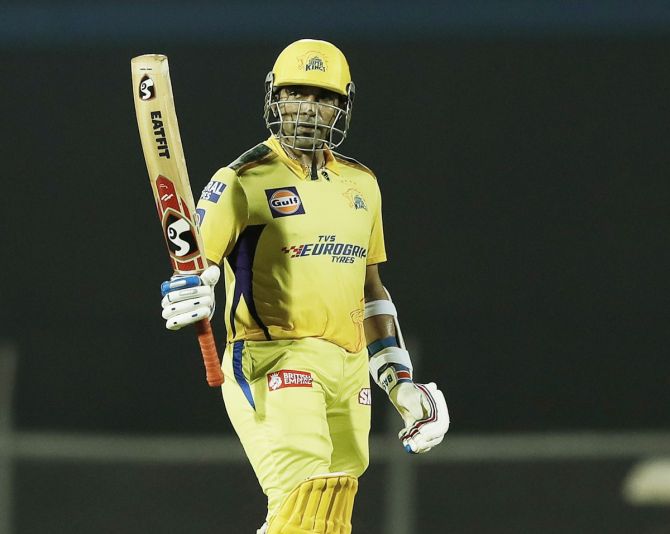 Earlier, Uthappa scored a fluent 50 off 27 balls to give CSK a solid start before Dube made 49 off 30 deliveries, while skipper Ravindra Jadeja (17 off 9) and MS Dhoni (16 off 6), who slammed two fours and a six, provided the final flourish.

Uthappa looked like a man on a mission as he slammed Avesh Khan (2/38) for back-to-back boundaries off the first two balls of the innings.

With the ball coming nicely onto the bat, he smashed it all over the park.

CSK were dealt a blow when a direct hit by Bishnoi from backward point marked the end of Ruturaj Gaikwad (1), who was well short of the crease in the third over.

But Uthappa, and new man Moeen Ali (35), continued the assault by dealing only in fours and sixes. 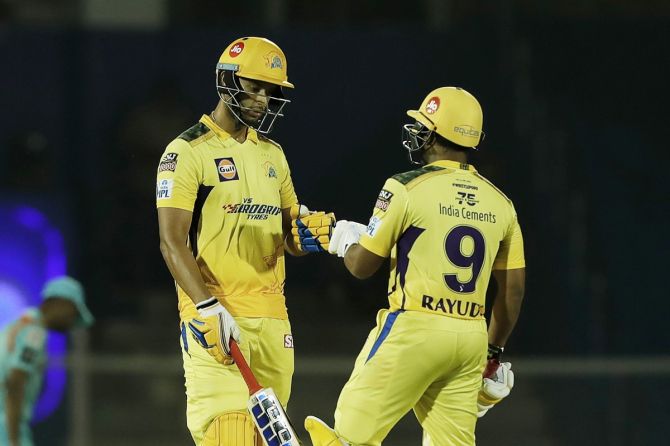 IMAGE: Chennai Super Kings' Shivam Dube was in fine form, missing a half century by a whisker after being dismissed for 49. Photograph: BCCI

The Super Giants bowlers had no answer for the duo as CSK raced to 73 for one at the end of the Powerplay.

In all, Uthappa slammed eight fours and one maximum, while Moeen hit four boundaries and two sixes during his 22-ball stay.

It was Bishnoi again who gave the second breakthrough when he trapped Uthappa leg before with a quick delivery, soon after the batter reached his fifty. 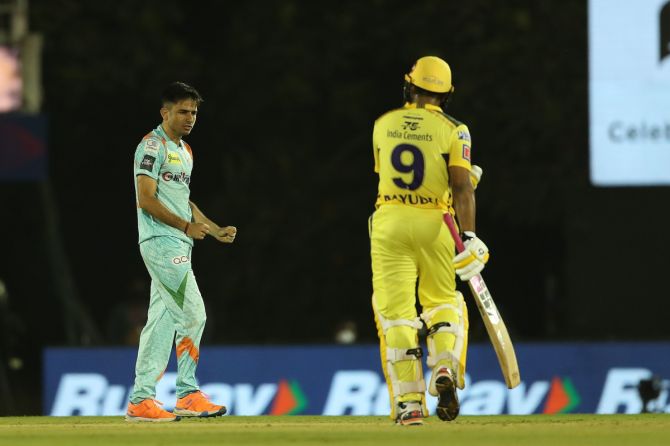 Dube picked up from where Uthappa left, cracking three boundaries off Dushmantha Chameera (0/49), who struggled with his line, in the ninth over. It was a bad day for the Sri Lankan as he repeatedly fumbled with the ball in the field, giving away easy boundaries.

With the bowlers struggling after getting nothing from the wicket, sloppy fielding made matters worse for LSG.

Dube and Ambati Rayudu (27), then, shared a 60-run stand to keep CSK on course for a big total.