Mahendra Singh Dhoni praised the young bowling contingent at the Chennai Super Kings in his final post match interview at the 2022 season of the Indian Premier League.

Dhoni was particularly appreciative of Pathirana. Brought in as a replacement for New Zealand fast bowler Adam Milne, the 19-year old uncapped Sri Lankan pacer gained a lot of attention for his Lasith Malinga-like bowling action. 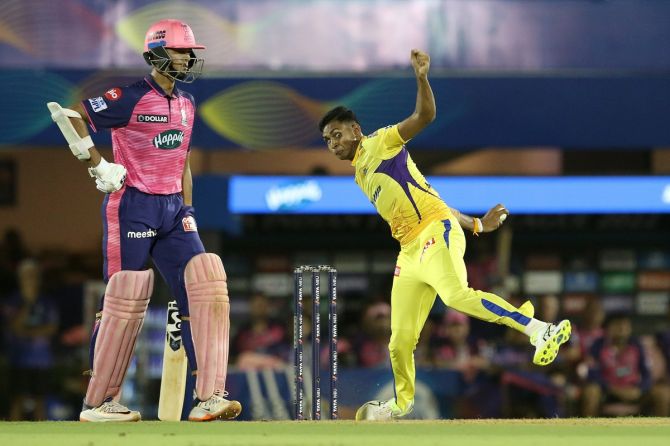 Popularly known as 'Junior Malinga', Matheesha picked a couple of wickets in as many matches this season.

'Our Malinga (Matheesha Pathirana), he's really good. I feel he will definitely contribute next year for us in a big way,' Dhoni said.

The right-arm medium-pacer was born in Kandy and is yet to play first-class cricket. He represented Sri Lanka in the ICC U-19 World Cup earlier this year.

At the IPL 2022 mega auction, he registered himself at a base price of Rs 20 lakh (Rs 2 million) and the Chennai franchise signed him as a replacement.