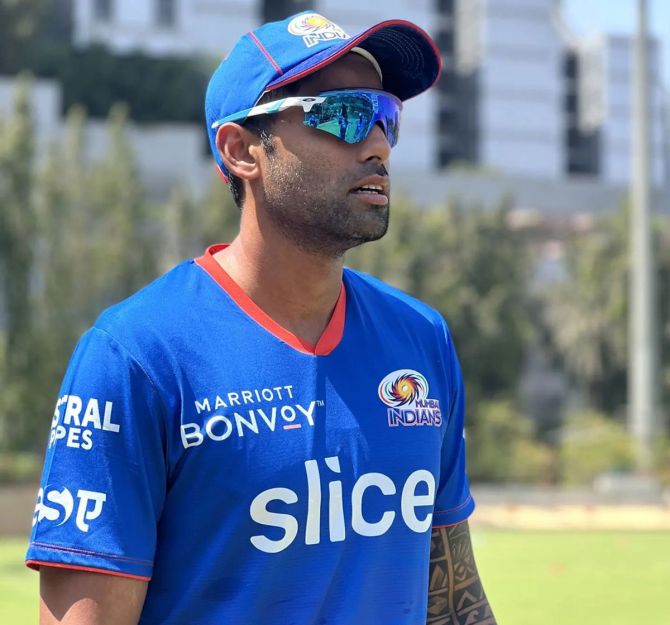 Having recovered from his finger injury, star India batter Suryakumar Yadav has joined the Mumbai Indians ahead of their second IPL game against Rajasthan Royals, the five-time champions said on Thursday.

Suryakumar, who was undergoing rehabilitation at the National Cricket Academy after suffering a finger injury during the home series against West Indies last month, missed MI's opening match against Delhi Capitals on March 27.

"Suryakumar Yadav exited his mandatory quarantine and joined the team (on Wednesday) for the gym session in the company of his mates Kieron Pollard, Ishan Kishan and Jasprit Bumrah... The mood in the camp is upbeat," MI said in a statement.

"The team underwent a strength and conditioning session yesterday under the watchful eyes of Paul Chapman. The session involved weight and fitness training, with the focus on working on core fitness and building strength."

Mumbai Indians had lost to Delhi Capitals by four wickets in their IPL 2022 opener at the Brabourne Stadium in Mumbai.

Mumbai failed to defend 178 as Delhi chased down the target in just 18.2 overs, thanks to an unbroken 75-run stand between Axar Patel and Lalit Yadav for the seventh wicket.

Star India pacer Jasprit Bumrah had a lacklustre outing, leaking 43 runs from 3.2 overs and it was their English debutant Tymal Mills who impressed returning with figures of 3-0-26-1.

As someone who employs a lot of variations to win the battle in the slog overs, Mills said it's about mindset.

"Bowling at the death is a lot about the mindset. You need to want to bowl the difficult overs when the pressure is on. It is something that I enjoy," the English pacer said.

"I understand that I am not gonna come out on top every time but when I do, it is a great feeling.

"Obviously, practice is very important so that when you are in those pressure situations, you are confident of your execution," he added.

One of the best operators in the world at the death, Mills has picked up 42 wickets in the last four overs of a T20 innings at an economy rate of 7.78 and averages 14.83 per wicket since 2018. 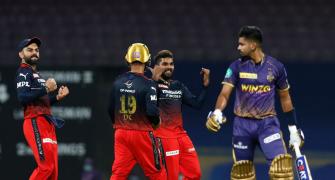 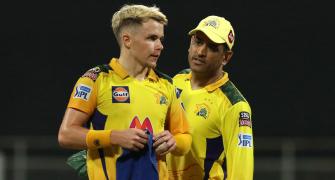 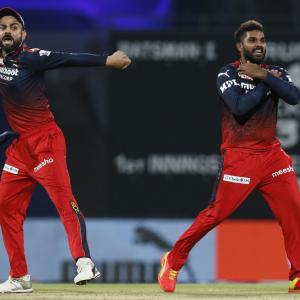 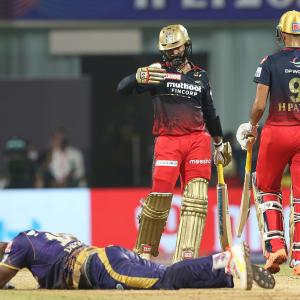