Losing To DC Must Hurt Shreyas

The scenes that unfold before and after an IPL 2022 game often make for interesting viewing.

Especially when the captain of one team used to captain the other team. When Shreyas Iyer and Rishabh Pant walk out for the toss, we could be wrong, but beneath the slender smiles, one senses a frisson of tension, of unease.

After all, Rishabh replaced Shreyas as Delhi Capitals captain for the first half of IPL 2021 after Iyer was injured in a game against England last year.

Surprisingly, the Delhi Capitals team management kept Rishabh on as skipper even after Shreyas returned to the team for the second half of IPL 2021 in the UAE.

Shreyas opted out of DC before the IPL players auction in February and candidly told a Star Sports interviewer before the game against his old team on Thursday evening that he was clear in his mind whatever franchise he signed up with, he wanted to be the captain.

KKR losing twice to DC must be a personal affront to Shreyas, more than the three other games Kolkata has lost in IPL 2022.

Please click on the images for glimpses of the action off the field. 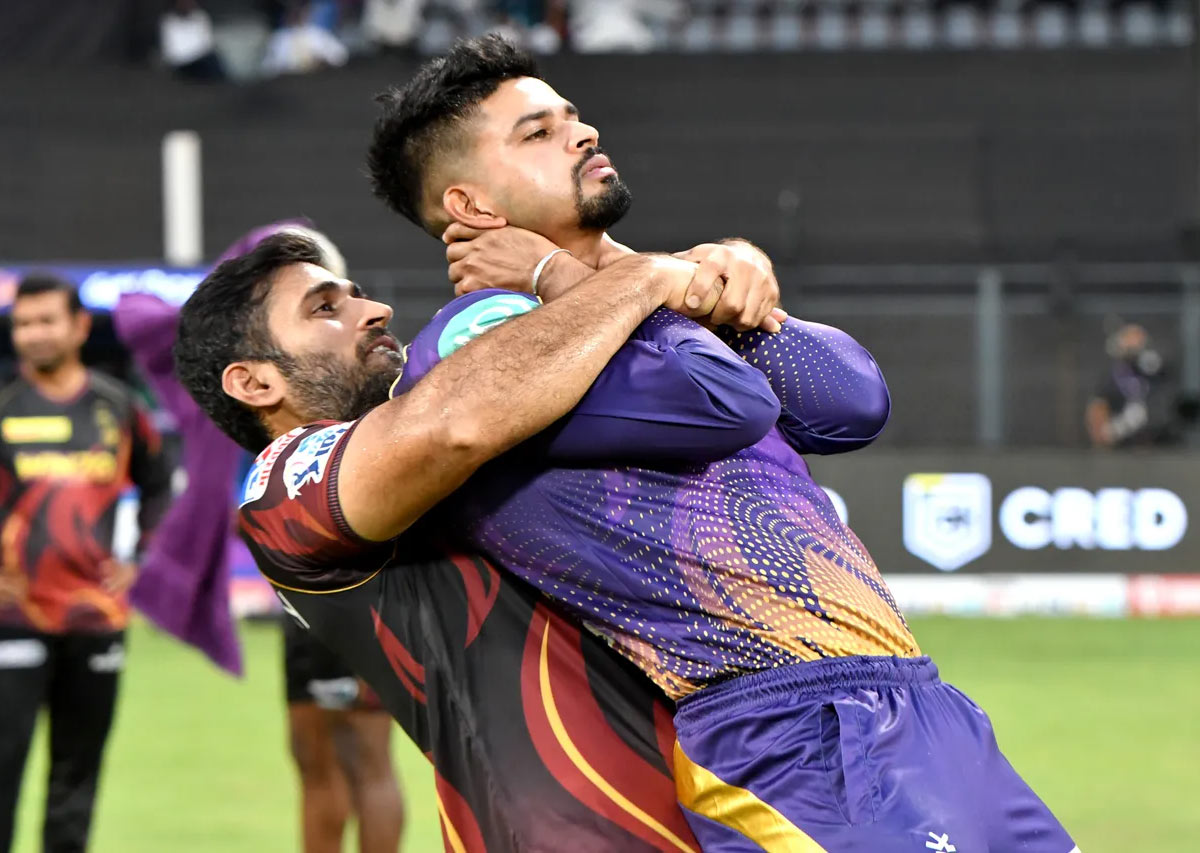 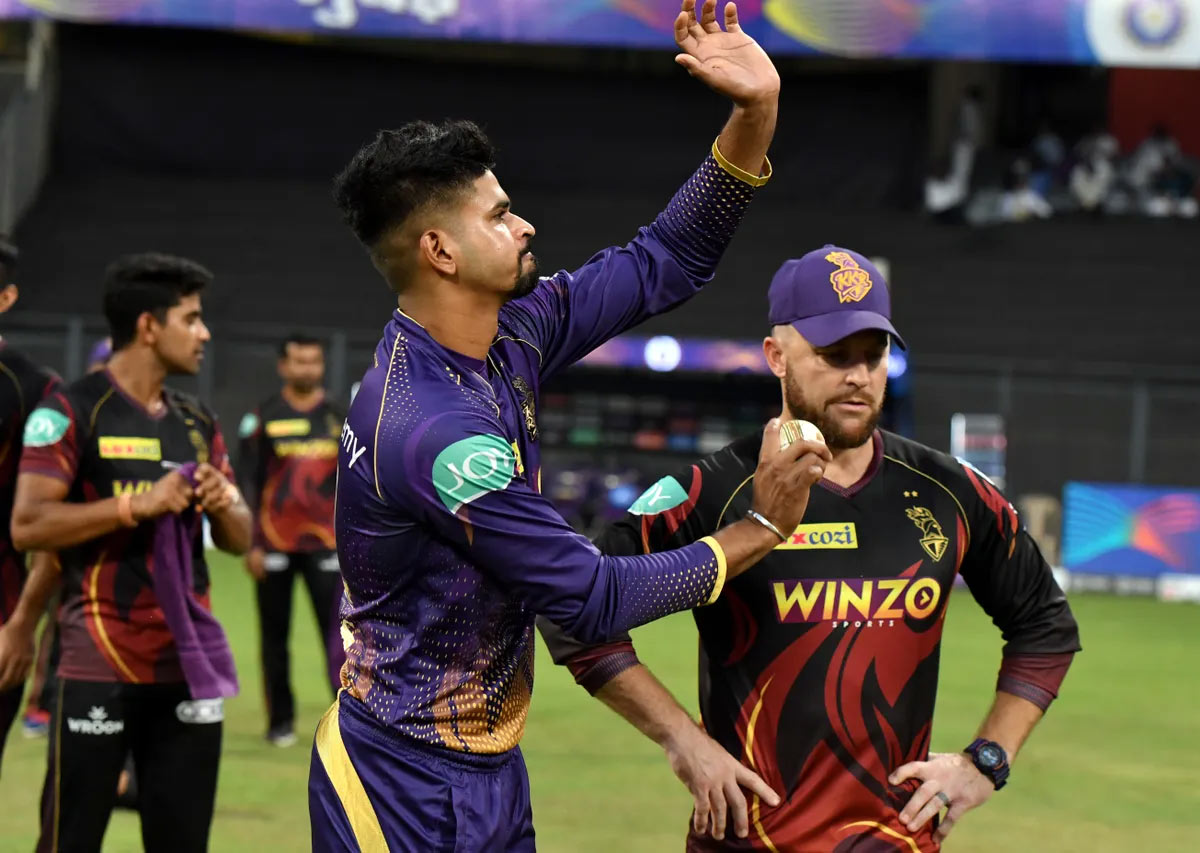 IMAGE: Was Nayyar's massage meant to loosen up Shreyas's shoulder which he had injured in March 2021? Because KKR Coach Brendon McCullum wanted the skipper to bowl during the game?
Iyer did bowl his spinners in the 19th over and kept Shardul Thakur quiet till the 5th ball when the Palghar lad took a single, bringing Rovman Powell to the crease.
The game ended on Shreyas's final ball after the Jamaican hit a boundary to overtake KKR's score. 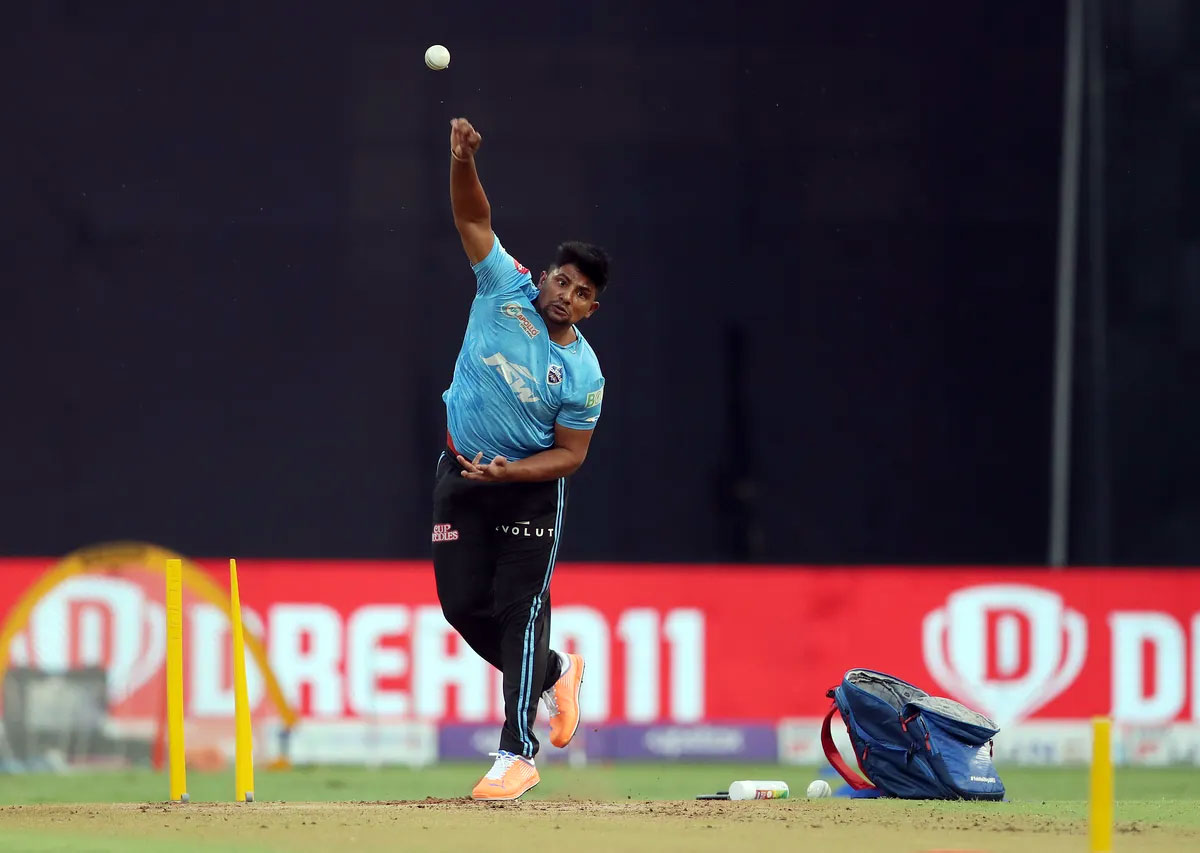 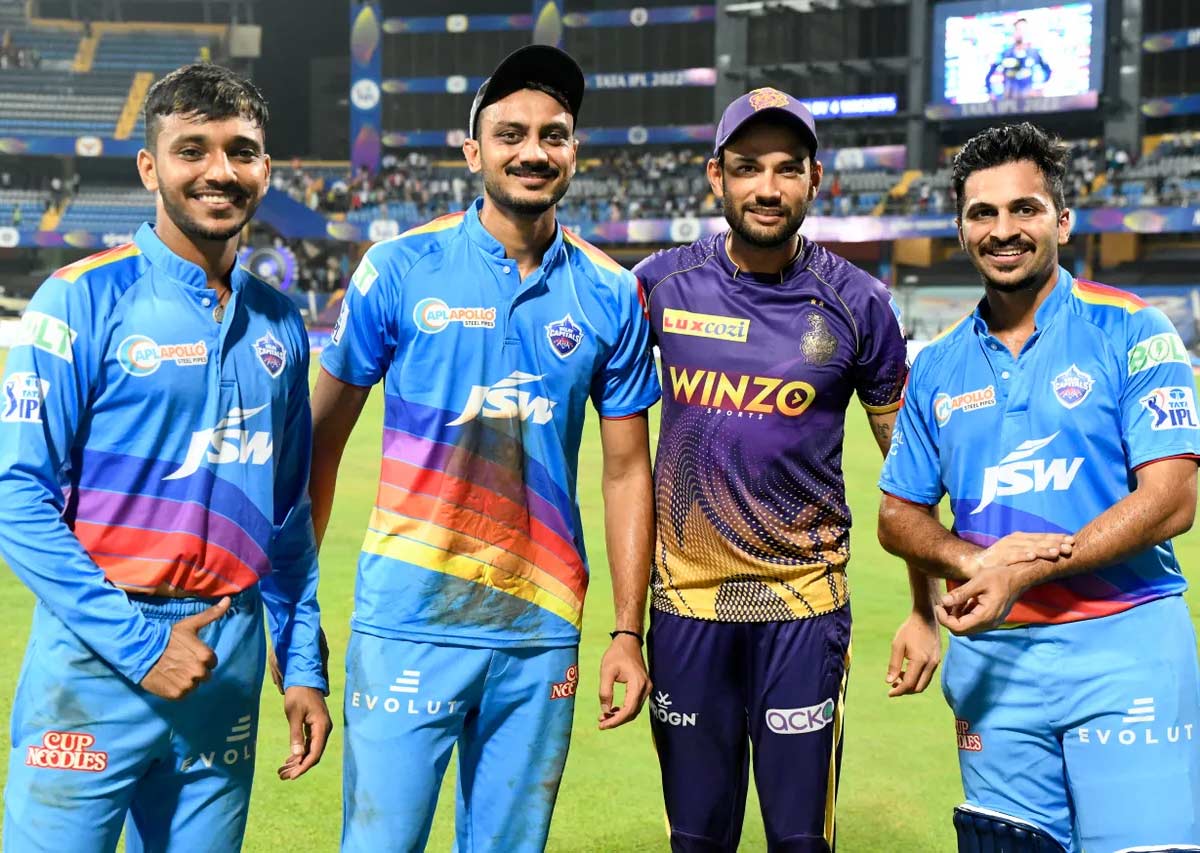 IMAGE: DC's Chetan Sakariya, left, and KKR's Sheldon Jackson, second from right, play domestic cricket for Saurashtra; Axar Patel, second from left, plays for Gujarat while Shardul Thakur, right, plays for Mumbai.
All of them could hopefully be on the flight for the limited overs series in England later this year. 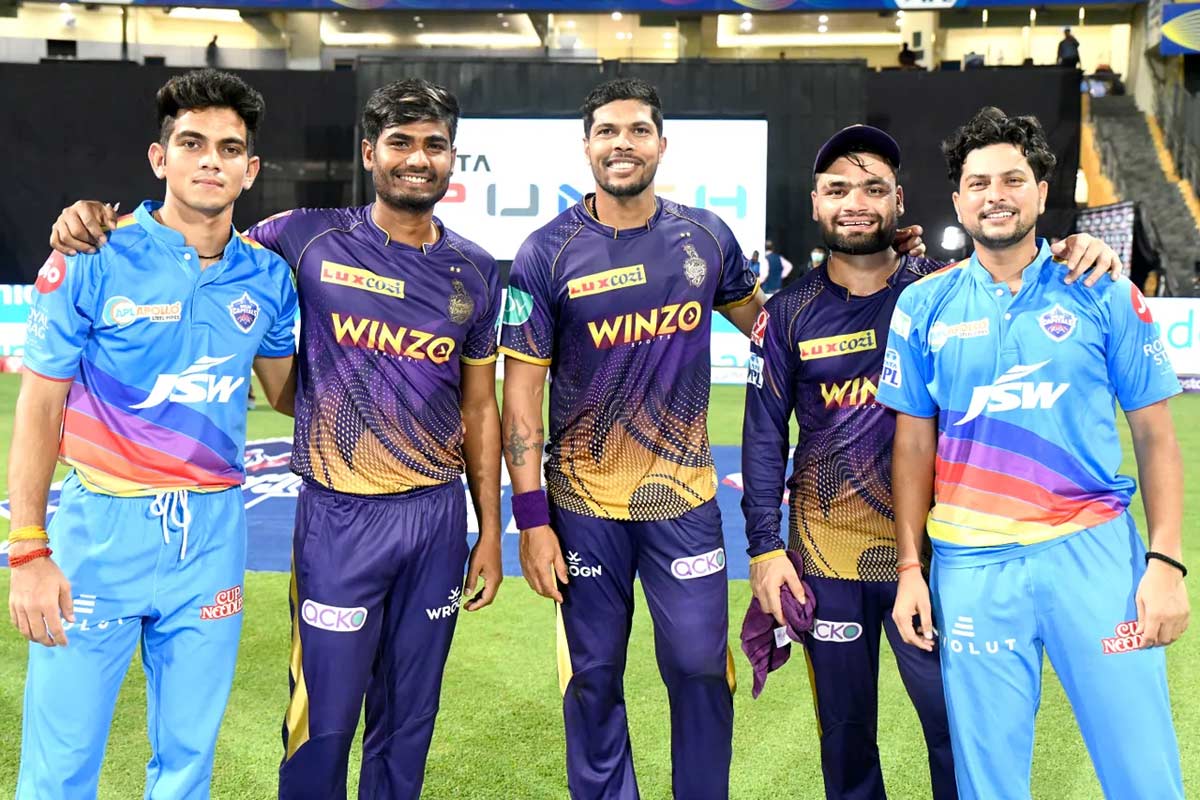 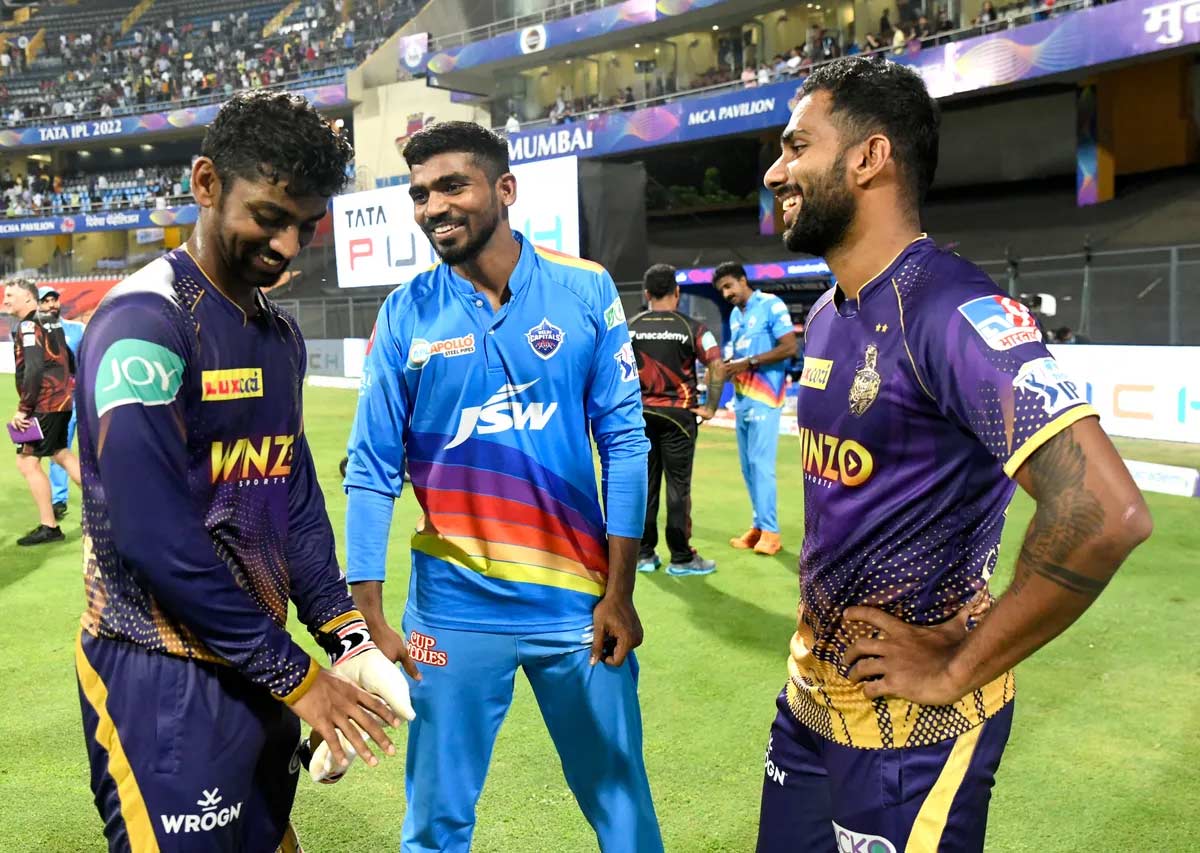