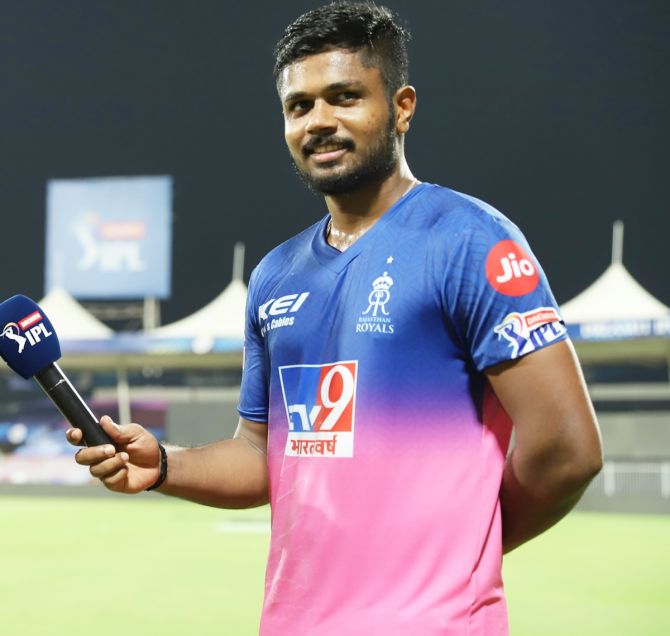 Sanju Samson replaced Steve Smith as Rajasthan Royals captain after the Australian batsman and some other under-performing stars were released by their respective IPL franchises even as Chennai Super Kings retained veteran Suresh Raina for the upcoming 14th edition of the league.

The deadline for the eight franchises to submit the lists of retained and released players for the next season ended on Wednesday.

"As the IPL has grown, the captaincy has become a year-round task, and as such strong local Indian leadership has become increasingly important," said RR owner Manoj Badale in a statement.

"Sanju made his debut as a Royal, and it has been a joy to watch his development over the last 8 years. He is the ideal person to lead the Royals into the 2021 season," he added.

The Australians, smarting from a Test series loss to an injury-plagued India, took a hit as the likes of the explosive Glenn Maxwell and opener Aaron Finch too were released by Kings XI Punjab and Royal Challengers Bangalore respectively.

Harbhajan was joined by the likes of Kedar Jadhav, Piyush Chawla and Murali Vijay who were also let go by CSK.

Malinga had been a prominent part of MI's title-winning campaigns in the past though he pulled out of the tournament due to personal reasons.

MI, who won an unprecedented fifth title in 2020, now have 18 players in their squad with seven spots open, which can be filled in the mini-auction. This also means that MI can go and pick as many as four overseas players for the next season.

Under Smith's captaincy, inaugural edition champions RR finished last in the 2020 IPL when the star Australian batsman played all the 14 league matches, scoring 311 runs at a strike rate of 131, including three half-centuries.

Ahead of the 2018 IPL, Smith was the only player retained by the Royals for Rs 12.5 crore. The same year, he was appointed as the captain.

However, his impact came under the scanner after the team's disastrous outing in the UAE last year.

"I am excited about the challenge that lies ahead of me as the leader of the team," said new captain Samson.

"The Royals have had some wonderful captains over the years and I'm so grateful for all the time I've spent working with and learning from great leaders like Rahul Dravid, Shane Watson, Ajinkya Rahane and Steve Smith!! I now cannot wait to get started and look forward to the season ahead."

The seasoned Raina was retained by the Mahendra Singh Dhoni-led CSK notwithstanding his sudden departure from the last IPL in the UAE.

It is believed the three-time winners decided to continue with Raina in order to bolster the batting order that struggled during a forgettable last season, which culminated in a seventh-place finish and a league-stage elimination for the first time since the tournament's inception in 2008.

The left-handed Raina has been an integral part of the Super Kings from the beginning, emerging as their highest scorer while guiding them to two IPL titles.

Marcus Stoinis made useful contributions in the 2020 edition and helped the Delhi Capitals reach their first-ever IPL final.

The Delhi-based franchise retained a total of 19 players including six overseas players.

KKR will be go into next month's auction with a 17-member squad after having released only five players from the team.

The two-time champions have released Tom Banton and Chris Green among the foreign players and Siddhesh Lad, Nikhil Naik and M Siddharth among the Indians.

Mumbai Indians were left with a purse of Rs 15.35 crore.