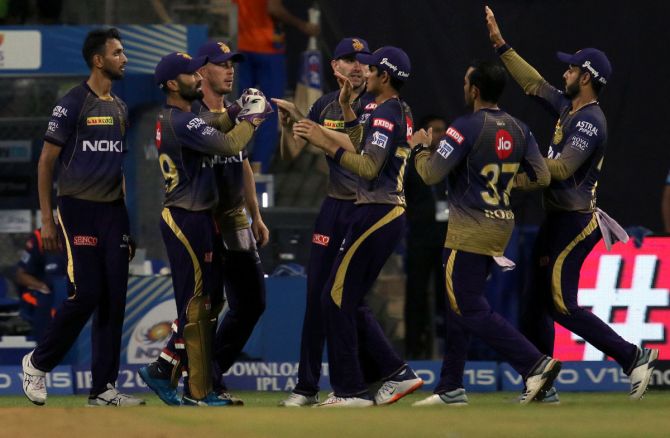 Kolkata Knight Riders will be keen to make up for last season's failure to make the play-offs.

Mystery spinner Sunil Narine is more than useful as the opener throwing his bat around in the Powerplay.

The purchase of Pat Cummins for a whopping Rs 15.5 crore has bolstered the KKR bowling by leaps and bounds, as they also have the impressive Kiwi quick Lockie Ferguson along with a host of young Indian pacers in Prasidh Krishna, Shivam Mavi and Kamlesh Nagarkoti.

The spin department could be a cause of worry as except for Narine and Kuldeep Yadav, the likes of M Siddharth and Varun Chakravarthy are woefully short on experience which could prove vital on the UAE pitches expected to aid the spinners.

Note: Kolkata Knight Riders’ matches vs Delhi Daredevils (in 2008), Chennai Super Kings (in 2009), Deccan Chargers (in 2012) and Rajasthan Royals (in 2015) were abandoned without a toss (included in the above tally for reference purpose).

Kolkata Knight Riders lost to Rajasthan Royals in 2009 and 2014; and to Delhi Capitals in 2019 in Super Over after a tie.