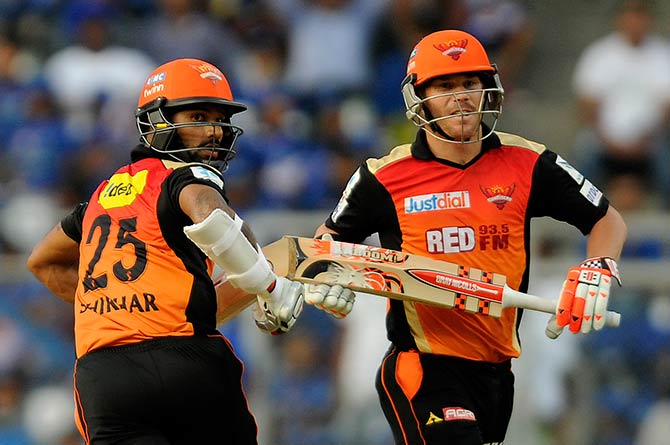 Two-time winners Kolkata Knight Riders will have to break the agonising sequence of debacles when they clash with defending champions Sunrisers Hyderabad in the IPL eliminator, in Bengaluru, on Wednesday.

The winner of Wednesday's match will face the loser of Qualifier 1 between Mumbai Indians and Rising Supergiants Pune on May 19 in the second Qualifier, which will decide the second entrant of the final.

For KKR, it would take a significant turnaround to reach the second qualifier after they lost four out of seven matches in the latter half of the season.

The Shah Rukh Khan-owned side would like to find their form which saw them dominate the early stages of competition. KKR would hope Chris Lynn comes to the party, who has the ability to win a game on his own.

Lynn had scored a quick-fire fifty off just 21 balls, which was laced with five fours and four sixes, on his return at Chinnaswamy last month, after recovering from an injury. 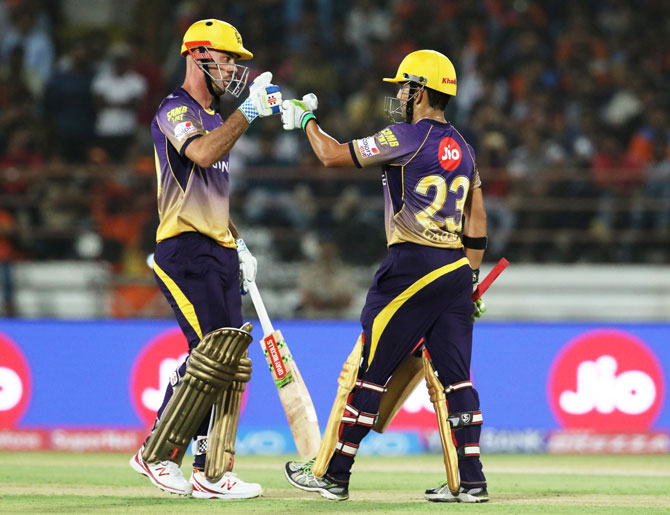 Lynn had an excellent start to the season when he stitched a record opening partnership of 184 with skipper Gautam Gambhir against Gujarat Lions and went on to score an unbeaten 93.

KKR would also hope Sunil Narine gives them an exceptional start, like he did against Royal Challengers Bangalore, when he tore apart Samuel Badree and Sreenath Aravind to race to his half century in just 15 balls and equal the record for the fastest fifty in the IPL.

Among others, the team also boasts of competitive batsmen such as Manish Pandey and Robin Uthappa, who have scored 396 and 386 runs respectively.

Gambhir too was in red-hot form early in the season but seemed a tad offcolour in the business end and the skipper, who is placed in the third spot in the most runs list with 454 runs, will hope to led from the front.

As far as their bowling is concerned, Chris Woakes (17 wickets) and Umesh Yadav (14 wickets) have been on song, and they have their task cut out to stop David Warner and his men to keep themselves in the hunt.

Defending champions Sunrisers, on the other hand, won eight games while lost five in their 14 league games to end the league stage at third position with 17 points.

The team cemented their play-offs berth on the back of a superb eight-wicket win over Gujarat Lions in their last league match.

Hyderabad will be hoping skipper David Warner continues his imperious form as the explosive opener has registered 600 -plus runs in back-to-back seasons.

He was the league's second-highest run-scorer during the franchise's maiden triumph last year. The Australian has shown great leadership qualities to keep his side on course for a b second successive IPL triumph.

Unless KKR get Warner out early, they will struggle to contain Hyderabad. They would also struggle if left- handed Shikhar Dhawan gets going.

Dhawan has scored a sensational 468 runs so far this season, which forced selectors to pick him for the upcoming Champions Trophy.

Hyderabad would also like Yuvraj Singh, who started the season with a bang hammering 70 not out in the tournament opener against Bangalore, to get runs. He has aggregated only 243 runs from 11 matches with a couple of half-centuries.

In bowling department, seamer Bhuvneshwar Kumar has been in the form of his life with 25 wickets in 13 games and boasts of a four-wicket lead over the Jaydev Unadkat, who is second in the list of top wicket-takers this season.

Pacer Mohammed Siraj, who was bought for Rs 2.6 crore by SRH after his brilliant bowling in domestic matches, bagged four wickets in the must-win game against Gujarat Lions to help Hyderabad qualify for playoffs.

Afghanistan spinner Rashid Khan also has been a revelation, taking 17 wickets in 13 matches. Hyderabad also have Siddarth Kaul in their ranks who has taken 16 wickets. 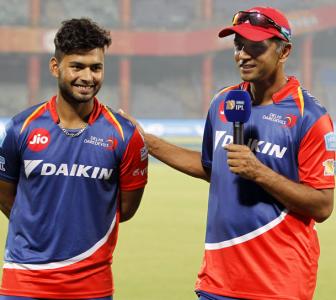 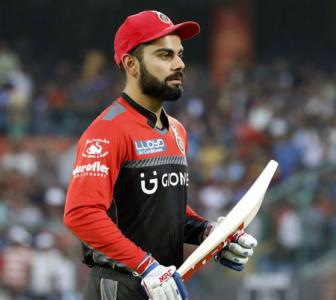 IPL-10: A season to forget for RCB and Kohli 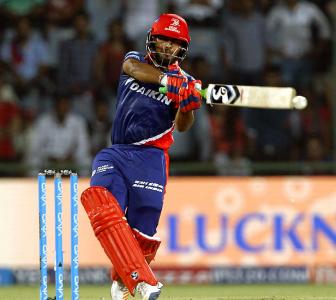