Statistical highlights of the Indian Premier League match between Rajasthan Royals and Deccan Chargers, played at the Rajiv Gandhi International stadium, on Saturday.

# Deccan Chargers (137/8) posted their lowest total against Rajasthan Royals, outstripping the 140 for eight at Jaipur in 2008.

# Siddharth Trivedi (3/15) registered his best bowling performance for Rajasthan Royals in the IPL.

# Trivedi received his first MoM award in the IPL

# Amit Singh captured three wickets for 35 runs, taking his wicket-aggregate to 15 at an average of 12.73 in nine matches.

# Kumar Sangakkara recorded his third duck in the IPL -- his sixth in Twenty20.

# Rajasthan's aforesaid victory is their sixth in seven games against Deccan Chargers in the IPL. 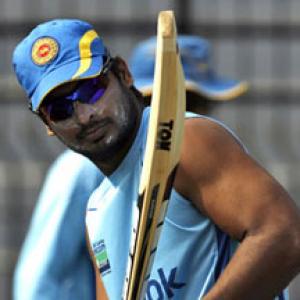