Shaun Marsh gets hold of the Orange Cap again

# Adam Gilchrist (106 off 55 balls) has recorded his second century in the IPL.

# Gilchrist has recorded nine sixes during his innings of 106, surpassing Shaun Marsh's tally of seven sixes for Punjab during his outstanding knock of 115 off 69 balls against Rajasthan at Mohali on May 28, 2008.

# Gilchrist has equalled Chris Gayle's tally of nine sixes against Punjab at Bangalore on May 6.  Both share a record for most sixes in an innings in the fourth edition of the IPL.

# Gilchrist became the first batsman to post 80 sixes in the IPL, outstripping Yusuf Pathan's tally of 72.

# Gilchrist's tally of 16 stumpings is a record in the IPL.

# Gilchrist has got his fifth Man of the Match award in the IPL.

# Twenty seven extras conceded by Bangalore is a record in the fourth edition of the IPL -- the second highest in the IPL history. Deccan had conceded 28 extras in Kolkata Knight Riders' total of 112 for 5 at Kolkata on April 20, 2008.

# Gilchrist, with nine sixes, has completed a century of sixes in Twenty20 (108).

# Gilchrist and Marsh were involved in a second wicket partnership of 206 -- the first double century stand in Twenty20, obliterating the 186 for the second wicket by Justin Langer and Cameron White for Somerset against Gloucestershire at Taunton on June 27, 2006.

# The previous best partnership in the IPL was 155 (unbroken) for the first wicket between Gilchrist and Laxman for Deccan Chargers against Mumbai Indians at Mumbai on April 27, 2008.

# Gilchrist and Chris Gayle share a record for most centuries (two) in the IPL.

# Gilchrist became the first wicketkeeper to post a hundred and effect three dismissals in the same IPL match.

# Gilchrist, with AB de Villiers' catch, became the first wicketkeeper to complete 50 dismissals in the history of the IPL.

# Punjab's win is the second biggest by runs margin in the IPL, behind the 140-run win by Kolkata against Bangalore at Bangalore on April 18, 2008.

# Bangalore have produced an unwanted feat of losing two games by biggest margins in terms of runs in the IPL.

# Punjab's total of 232 for two is the highest by any team in the IPL 4, surpassing Delhi's 231 for four against Punjab at Delhi on April 23. 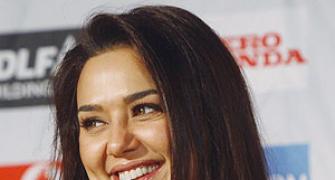 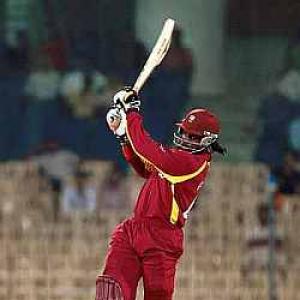