Their winning momentum halted rudely, Mumbai Indians and Pune Warriors would be keen to regain it quickly when they line up against each other in a fourth round match of the Indian Premier League on Wednesday.

Both the teams had made a strong start to their campaign with two excellent wins on the trot before losing steam through losses despite posting 180-plus totals in their third games.

Sachin Tendulkar's superbly compiled maiden century in Twenty20 cricket for Mumbai went in vain when debutants Kochi Tuskers Kerala pulled the rug from under his team with a brilliant reply at their home venue.

Fellow-debutants Pune were also forced to eat the humble pie by the winless Delhi Daredevils despite captain Yuvraj Singh's splendid double act - with the bat (66 not out) and the ball (four wickets) -- at their home ground, D Y Patil Stadium in Navi Mumbai.

The bowling and fielding let down MI after they posted 182 by riding on Tendulkar's masterly 66-ball unbeaten 100 and Ambati Rayudu's punishing 33-ball 53.

The Tuskers chased it down by riding on Brendon McCullum's belligerent 81 after he got a first-ball reprieve, skipper Mahela Jayawardene's 36-ball 56 and Ravindra Jadeja's clobbering knock of 25 not out in 11 balls.

A visibly disappointed Tendulkar had blamed his side's fielding, in particular the dropped catch by Rohit Sharma off the team's pace spearhead Lasith Malinga's first ball, soon after the defeat. 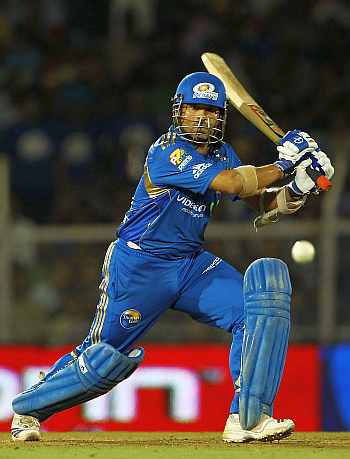 The master batsman has been in superb touch in all three games and in his maiden IPL ton, he revealed certain shots that many thought only India and Chennai Super Kings skipper Mahendra Singh Dhoni could play.

Tendulkar remains Pune's biggest hurdle to regain the lost momentum, but there are others like Rayudu and Kieron Pollard, who hasn't had much to do with the bat so far, to complement the batting genius.

Mumbai have depended mostly on Malinga in the beginning and Harbhajan Singh, after the Power Plays, in their bowling. While both have done their bit, others need to step up to the plate and complement them.

Pollard was very expensive in the game against Kochi and did not get to bowl his full quota too while left-arm slow bowler Ali Murtaza was clobbered by Jadeja for consecutive sixes in the penultimate over to seal the win for the Tuskers. It remains to be seen whether he would be retained for the match against Pune.

The Warriors too posted a seemingly impregnable total of 187 against the Daredevils who managed to make a great comeback from a losing position in the last three overs to cross the finish line with four balls to spare on Sunday last.

Pune would be happy with the form shown by burly New Zealander Jesse Ryder and Yuvraj Singh, who has carried forward his splendid form in the World Cup into the Twenty20 League.

But after two good displays by their bowling unit, it came short of expectations on a better wicket for batting than in the first two games and coach Geoff Marsh conceded as much after the three-wicket defeat to Delhi.

"We gave too much room knowing how good these (Delhi) players are. You have to bowl tight. We just had to bowl straight and full but not underneath the bat. Hopefully the bowlers will learn from it," he had declared.

He was referring to the likes of David Warner and Virender Sehwag who had blasted 75 runs in tandem for the first wicket in only seven overs as well as Venugopal Rao and Aaron Finch who took Delhi past the finish line with a stand of 47 runs in just 4.1 overs.

The new-ball attack of Alphonso Thomas, Shrikant Wagh and Wayne Parnell needs to bowl with much more discipline against Tendulkar and company.

Marsh saw the game against Mumbai as a very tough challenge.

"It will be a great challenge against Mumbai Indians and we're looking forward to the next game. We need to come back from this game. We look forward to the challenge. They have very good players," the former Australian opener had remarked after his team's first loss in three games. 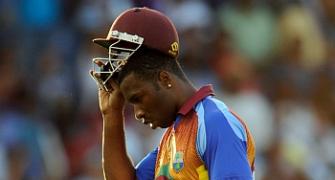 I'm ready to play at any number for MI: Pollard 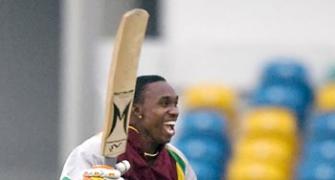 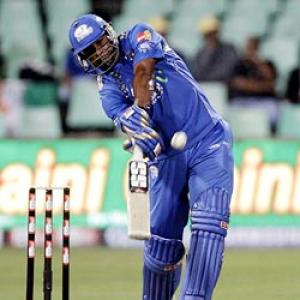 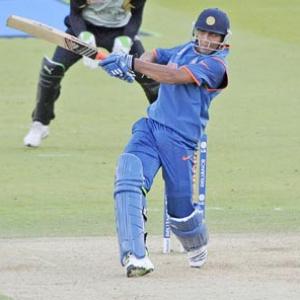