Kochi Tuskers have to be more consistent: Jayawardene

"We need to try and be more consistent, that's a key word in Twenty20 cricket," Jayawardene said. More than the win, the stylish Sri Lankan was delighted by the manner in which his team achieved it.

"Easy win, so happy with that," he said. "The other day we couldn't defend 180, today we executed our plans." With 12 points from 13 matches, Kochi Tuskers Kerala are placed sixth in the points table, and the skipper, after playing his last IPL match of the season, wants his teammates to finish it on a high.

"We want to finish off the season on a high, with 14 points, and we'd like to say we had a good season," Mahela, who will be leaving for Engalnd to join the national team, said. Rajasthan skipper Shane Warne felt his team was 100-120 runs short on the small Holkar Cricket stadium ground.

"It was probably one of those nights when you were 100-120 short. We can only try as much as we can. I'm proud of our guys as they are trying very hard.

"(But) to lose four games in a row, we've just made too many mistakes," Warne said. The legendary Australian was disappointed that his side failed to perform to its potential in front of a packed Sunday crowd.

"It's disappointing for the fans. Such a great crowd and buzz here," he said. Brad Hodge, who was declared Man of the Match for his all-round show, said the side is still short of where it should be.

"We've performed pretty well. We are short of where we need to be, but it's coming together. Chasing a low total, the plan was to just go in there and play with freedom and get the job done," Hodge said.

"We are up against Chennai, it's going to be a tough game but hopefully we can pull it off." Hodge also recalled the days when he would bowl to Warne at the Junction Oval.

"It's good for us to come up here and put in a good performance. Warne's got me out plenty of times, I got lucky to be honest. Used to bowl to him at the Junction Oval."

Source: PTI© Copyright 2021 PTI. All rights reserved. Republication or redistribution of PTI content, including by framing or similar means, is expressly prohibited without the prior written consent.
Related News: Brad Hodge, Mahela Jayawardene, Warne, Kochi Tuskers Kerala, Rajasthan Royals
COMMENT
Print this article
'It is ridiculous to have instructions for pitch' 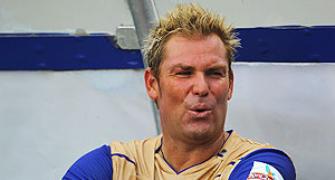 We are in a good position now: Warne 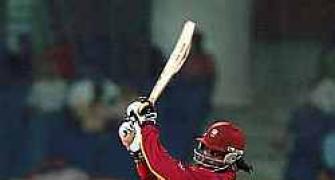