Gambhir bats in favour of UDRS

India captain Mahendra Singh Dhoni might have expressed his displeasure over the Umpire Decision Review System on quite a few occasions but Kolkata Knight Riders skipper Gautam Gambhir today said that he is in favour of the use of technology as it can reduce human errors.

The UDRS, which received a mixed response during the World Cup, is not in use in the ongoing Indian Premier League but Gambhir was of the view that if available there is no harm in using technology.

"These (UDRS) are part and parcel of the game. It is good to have UDRS when you don't get a plumb lbw. In tight games, if you have technology rather use it. I am all for UDRS," Gambhir said after KKR beat Deccan Chargers by 20 runs here to zoom to the top of the team standings.

The KKR captain also lauded his team-mates for putting up a professional performance against Deccan on Tuesday and hoped to carry on the winning momentum in the remaining matches of the Twenty20 tournament.

"I have always said that momentum is very important. When you have that momentum, you have to keep continuing to play well. It was a good overall performance. The batsmen scored 170 and the bowlers backed it up. I think it was good professional effort.

"We have to take each game at a time. The last six games are history now and we have to concentrate on the next game. As a professional cricketer, you have to keep thinking of each and every game and keep thinking as it is first game of the tournament," Gambhir said.

The left-hander also said that he was enjoying his stint as KKR captain.

"I always believed that there were never great captains and there will be no great captain. There are only great teams. No captain can win you the game. It is the team that wins the game. So far, I am enjoying my captaincy."

Gambhir also brushed aside any bad feeling between him and Deccan all-rounder Daniel Christian after the duo engaged in an altercation during KKR innings on Tuesday.

"That's part and parcel of the game. When you are playing professional sport, it keeps happening. That's history now. If you are playing such competitive cricket, such things are bound to happen. It's fine, nothing too serious," he said.

Gambhir, who came at the fall of Eoin Morgan in the sixth over, collided with Christian while going for single in the last delivery of the ninth over and no sooner it happened the duo engaged in a heated argument.

Both Gambhir and Christian came menacingly close to each other before Deccan skipper Kumar Sangakkara and the on-field umpires -- Sudhir Asnani and Rod Tucker  intervened to seperate the duo. 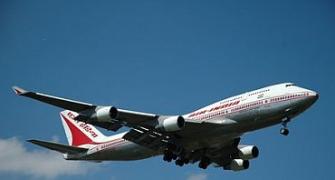 Vaihayasi P Daniel on why India must be given a chance