Mahendra Singh Dhoni's brutal assault and Murali Vijay's brisk fifty was backed up by some sensible bowling as Chennai Super Kings outplayed Rajasthan Royals by 63 runs in their Indian Premier League match in Jaipur on Monday.

After Chennai rode on Dhoni's onslaught towards the end to post a formidable 196 for three, the bowlers led by Doug Bollinger's three for 22, bundled out Rajasthan for 133 to more or less seal a play-off berth.

With seven wins from 11 matches, Chennai are now second with 14 points. Apart from Dhoni's 19-ball 41, Michael Hussey (46) and Suresh Raina (43), too, impressed with their innovative strokeplay after Vijay laid the platform with a blazing 53 off 40 balls after rival skipper Shane Warne put the visitors in.

During his brief stay at the wicket, Dhoni smashed three sixes and as many fours. While Vijay scored two fours and three sixes, Hussey hit eight boundaries.

Raina found the fence six times. Ajinkya Rahane top-scored for the hosts with an entertaining 52 off 36 balls.

Chasing a mammoth target, Rajasthan needed a flying start but neither Shane Watson nor Rahul Dravid lasted enough. If the early dismissals of the two openers were not enough, Rajasthan were dealt a telling blow when Albie Morkel accounted for the dangerous Ross Taylor.

Barring Taylor, the batsmen that followed the openers lacked experience of playing under pressure, but Rahane proved to be an exception. The hosts were in the doldrums at 70 for four in the 10th over and while he could not really threaten the Chennai outfit, Rahane, one can say, tried to save Rajasthan from embarrassment in front of the home crowd. During his stay at the crease, Rahane played some effective as well as beautiful shots that for a brief while, revived hopes of a turnaround. Rahane made his intention clear by hitting Dwayne Bravo for two consecutive boundaries in the fifth over of the innings. The cut in front of point, which raced to the boundary in no time, was a treat to watch.

Rahane then swept Ravichandran Ashwin past short fine leg, but the bowler fought back stongly to signal the end of Watson three deliveries later. Trying to go for a sweap to a tossed-up ball, Watson only managed a top edge, which Shadab Jataki accepted, though after a fumble.

A couple of quiet overs later, Morkel removed Taylor with a full, widish delivery. The hosts slipped further as Ashwin had Ashok Menaria caught behind with a slow and a short-of-a-length delivery. Rahane, at the other hand, found the ropes with ease as Rajasthan trotted towards the 100-run mark.

It took a brilliant catch from Raina at long-on to bring to an end Rahane's innings, much to the disappointment of the home fans.

Abhishek Raut smashed a six and a four before running himself out and after that, Chennai completed the formality without fuss.

Earlier, Hussey kicked off the Chennai innings with a swept boundary in the very first ball of the match at the Sawai Mansingh stadium.

Both Hussey and Vijay found the ropes with alarming regularity as Chennai crossed the 50-run mark in the sixth over.

In stark contrast to their last match, against Kolkata Knight Riders, when they could not score a four till the 10th over, the defending champions got a boundary each till Johan Botha broke the trend, bowling a tight eighth over.

Normal service resumed the following over as Hussey lofted Warne over midwicket for a boundary, before Botha came back to dislodge the prolific Australia's leg stump with faster delivery.

After Hussey's departure, Vijay took it upon himself to dominate the opposition attack and take his team to a position of strength.

The Chennai lad did that to perfection, never allowing the bowlers to settle into any sort of rhythm.

After he sent Warne soaring over long-on for a massive six, Vijay danced down the wicket against Botha, and the result was the same.

A well-deserved half-century was reached in style when he pulled Siddharth Trivedi for the maximum.

In between Suresh Raina, too, chipped with some handy boundaries, including a couple against Warne, as Chennai inched towards a formidable total.

Rajasthan heaved a sigh of relief when a direct throw form Botha caught Vijay short of crease at the bowler's end.

Vijay was livid with himself as he clearly looked like getting a few more to his name.

If the run rate was good during the Vijay-Raina association, it zoomed to another level with arrival of Dhoni, who treated the bowlers with disdain during his brief stay at the crease.

Watson was sent packing straight down the ground, Trivedi's length ball landed on one of the roofs of the first tier, as the home team's bowlers ran for covers. 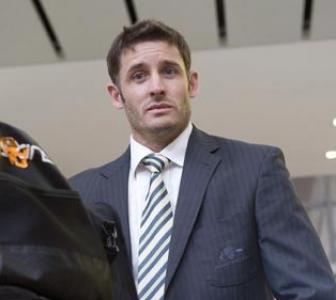 Hussey insists on a 'positive approach'

Rohit to lead Board President's XI against SA