Only a miracle can save Kochi IPL team: Mathews

Noting that time is running out for the Kochi IPL team, Kerala Cricket Association (KCA) Secretary TC Mathews on Wednesday said that only a miracle could now save the franchise from getting the axe.

"We are not aware of any patch up. We do not think it is possible to solve in two or three days. A miracle should happen," Mathews said in Kozhikode.

"The differences in the Kochi IPL is yet to be solved. BCCI has given one months time for solving the problems and the time is running out," he added.

The Board of Control for Cricket in India (BCCI) last month gave a 30-day notice to the Kochi IPL consortium to sort out its internal differences and get its ownership structure in order.

However, the investor group of the consortium has reportedly not come to an understanding with the promoters Rendezvous Sports World Private Limited and is likely to request the BCCI to let them withdraw from the franchisee.

A decision on the Kochi franchise will be taken after November 27, when their one-month deadline expires.

Detailing on the various developmental activities proposed to be undertaken by the KCA, Mathew said an international cricket stadium is proposed to come up on an area of 23 acres at Edakochi in Ernakulam district.

The proposed Rs 350-crore International stadium was scheduled for completion in 2012, he said, adding the stadium itself would be built as per international specifications. 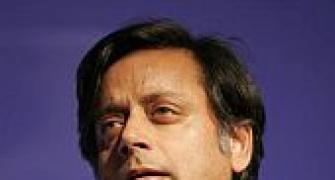