INTERESTING numbers from Day 3 of the Delhi Test 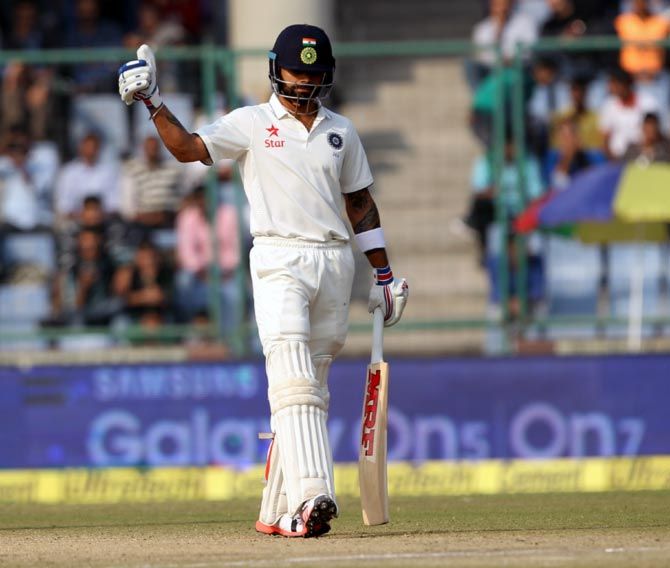 Captain Virat Kohli roared back to form with a scintillating unbeaten 83 as India further consolidated their position with whopping overall lead of 403 runs at stumps on Day 3 of the fourth and final Test against South Africa at the Feroz Shah Kotla, in Delhi, on Saturday.

At stumps on the third day, India were sitting pretty on 190 for four in their second innings courtesy of the 133-run stand for the fifth wicket between Kohli and Ajinkya Rahane before play was called off little early because of bad light.

Check out the interesting numbers from day three:

8 Number of ducks inflicted by Morne Morkel on Indian batsmen. Only Dale Steyn (12) has inflicted more for South Africa against India.

1 The Rahane- Kohli partnership was the first century partnerships in the series from  either side.

276 The highest fourth innings total in a successful chase at Delhi. West Indies did so in 1987-88 and India returned favours in 2011-12 – both did so losing five wickets.

387 Highest 4th innings total in a winning cause on Indian soil – by India against England at Chennai in 2008-09.

0 Number of times a visiting side has won by making the highest total of the match in the fourth innings to win in India.