'The side does not have much confidence, there are good players but once Virat and Rohit get out, 70 per cent of matches we tend to lose. There is a lack of self-belief.' 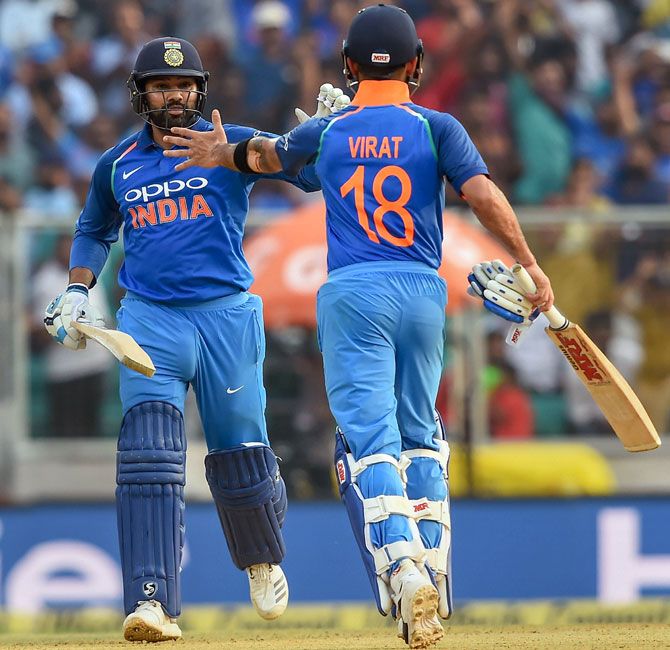 Former India spinner Harbhajan Singh stated that the current team is very much dependent on Rohit Sharma and Virat Kohli.

India's third-highest wicket-taker in Tests with 417 wickets in 103 matches, Harbhajan believes that other players in the team lack self-belief as when Rohit and Kohli perish cheaply, they end up losing majority of games.

"The current Indian side is dependent on Virat Kohli and Rohit Sharma. The side does not have much confidence, there are good players but once Virat and Rohit get out, 70 per cent of matches we tend to lose. There is a lack of self-belief," Harbhajan said in an Instagram Live session with Rohit.

Harbhajan, who was part of the 2007 World T20 and the 2011 World Cup winning teams, said the secret of Indian team's consistent run during his playing days was that the players had a lot of 'belief'.

He said India should have won the ODI World Cup last year but except for a couple of players not many came with meaningful contributions.

"If the top three of the current Indian side are dismissed, then we have problems in winning matches, you need to find more watch winners. You had a good World Cup, but then you lose in the semi-finals, if you had 3-4 guys performing, we would have won the World Cup," Harbhajan said.

Currently, all sporting action across the world has come to a halt due to the coronavirus pandemic. The 13th edition of IPL was slated to begin from March 29, but the tournament has been postponed indefinitely.