Indian cricket will continue to prosper under Ganguly: Laxman 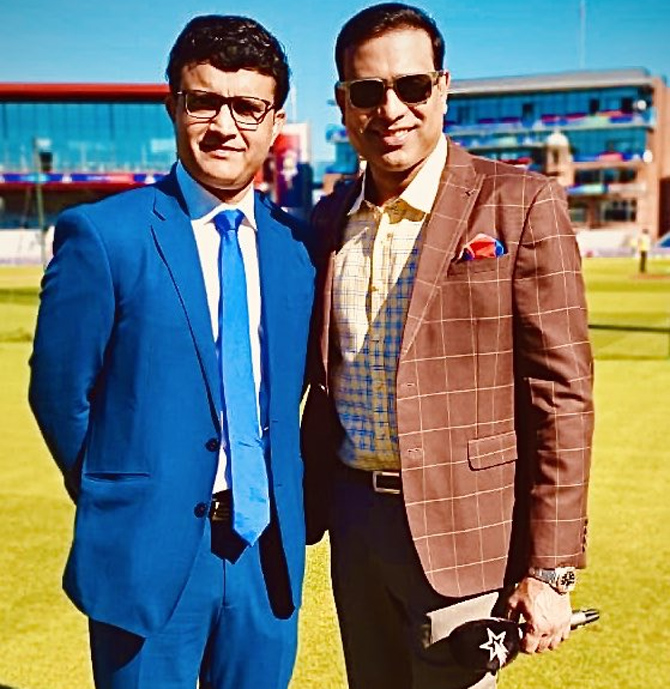 Batting legend V V S Laxman said Indian cricket will continue to prosper under former skipper Sourav Ganguly, who is set to take over as the president of BCCI.

Ganguly, a veteran 113 Tests and 311 ODIs, on Monday filed his nominations papers for the top post of the Board of Control for Cricket in India.

The former Indian skipper is expected to be elected unopposed at BCCI's Annual General Meeting on October 23.

"Congrats @SGanguly99 on becoming the President of @BCCI. I have got no doubt that under your leadership Indian Cricket will continue to prosper. Wishing you lots of success in your new role Dada," Laxman tweeted on Tuesday.

Ganguly thanked his former teammate for the congratulatory message.

"Thank u Vvs ..your contributions will be very important," Ganguly tweeted.

The 47-year-old, one of the finest Indian captains, will hold the post of the BCCI president for a mere nine months. He will have to demit office in July, due to compulsory cooling off period.

Ganguly, who played 113 Tests and 311 one-day internationals and led India to 21 Test wins, was the president of the Cricket Association of Bengal.