'India were totally outclassed in the 2nd innings' 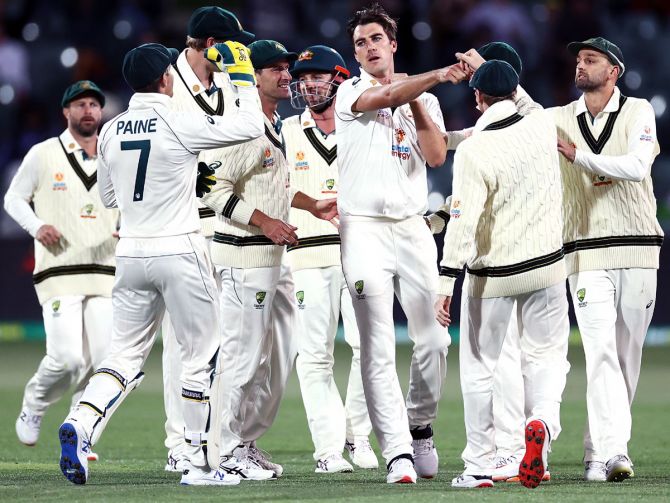 There were varied reactions from cricketers past and commentators too after India slumped to a 8-wicket loss on Day 3 of the opening Test against Australia on Saturday.

Former Pakistan captain Wasim Akram lauded Australian pacers Josh Hazlewood and Pat Cummins for bundling India out for a meagre 36 in the second innings of the pink-ball Test at the Adelaide Oval on Saturday.

Taking to Twitter the veteran speedster wrote, ‘Wait what happened? I just went to play 9 holes came back game over. What a spell by The Australians. Pace matters. #INDvsAUSTest.’

Legend Sachin Tendulkar feels that the Virat Kohli-led side was outclassed by Australia in the second innings.

Taking to Twitter Tendulkar wrote, "With the way India batted & bowled in the 1st innings, they were in the driver's seat, but the Aussies came back really hard this morning. That is the beauty of Test cricket. It's NEVER over till it's over. India was outclassed in the 2nd half. Congratulations to Australia!"

‘Wow!! What a bowling display that was from Pat Cummins & Josh Hazlewood here in Adelaide. Just outstanding. Have to feel for the Indian batsman as never saw that coming -- it was one of those days where the batsman nicked everything & didn't play and miss at all ! Unbelievable,’ Warne tweeted. IMAGE: A general view of the scoreboard after India's second innings on Day 3 of the first Test. Photograph: Daniel Kalisz/Getty Images

Former India skipper Bishan Singh Bedi pointed that the visiting team's 'lack of tight defence' against Hazlewood and Cummins cost them the game.

Earlier, former India opener Virender Sehwag was at his cheeky best as he listed all the scores of the Indian batsmen in the second innings and he put them together as an OTP to forget this performance from Virat Kohli-led side.

"The OTP to forget is 49204084041," former India opener Virender Sehwag tweeted in reference to the batsmen's sequence of scores in the second innings.

None of the Indian batsmen managed to reach double digits,’ tweeted Sehwag.

‘Switch off the phones, shut out the noise, stick together as a group and look ahead, that is the only way to get out of this right now for India. Ajinkya Rahane needs to gather the group together and stamp his leadership going forward #hanginthere #AusvInd #cricket,’ Kaif tweeted.

‘Very disappointed with the result. We all expect the Indian team to play better cricket #INDvAUS,’ he tweeted.

David Warner, who missed the four-match series opener due to a groin injury, was delighted with the result that gave his team a 1-0 lead in the rubber.