India were dismissed for 105 in the first innings of their first Test against Australia on Friday.

The world's top-ranked side, unbeaten in their previous 19 Tests, lost their last seven wickets for 11 runs as Steve O'Keefe ran through their batsmen to pick up his maiden five-wicket haul. Below are India's lower totals in Test matches played on home soil:

© Copyright 2020 Reuters Limited. All rights reserved. Republication or redistribution of Reuters content, including by framing or similar means, is expressly prohibited without the prior written consent of Reuters. Reuters shall not be liable for any errors or delays in the content, or for any actions taken in reliance thereon.
Related News: Mumbai, Mitchell Starc, New Zealand, West Indies, India
SHARE THIS STORYCOMMENT
Print this article 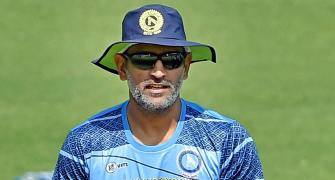 In the twilight of his career Dhoni bats for Jharkhand 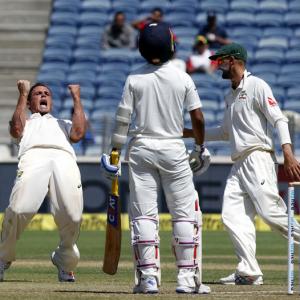 PHOTOS: Australia in command after India's batting flops on Day 2 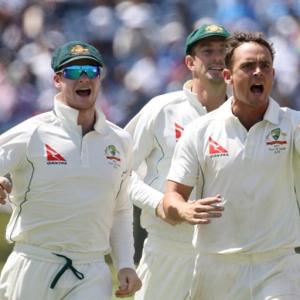