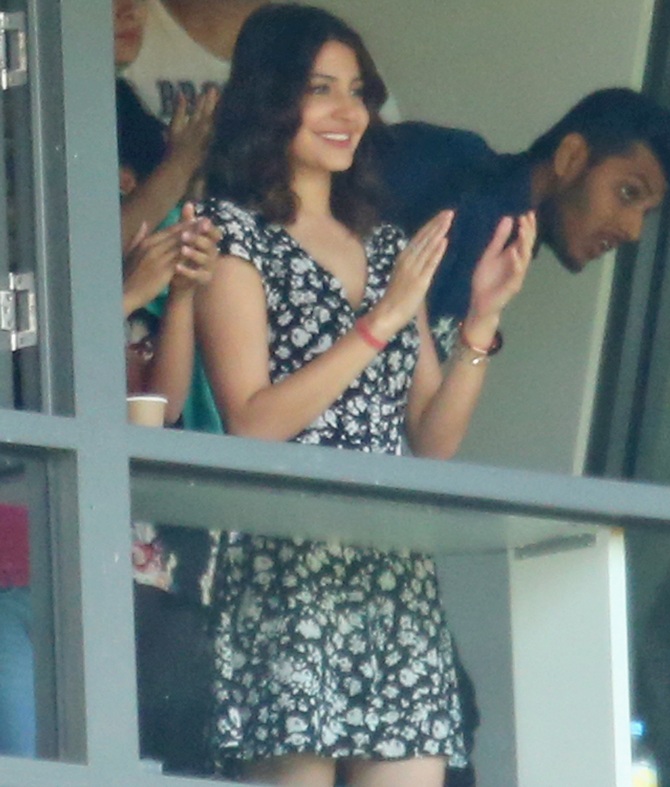 Indian vice captain Virat Kohli was subjected to fierce verbal volleys at the Melbourne Cricket Ground during the third Test against Australia.

But it was calming for him to see his lady love cheering on from the stands. The star Indian batsman had the company of his girlfriend and actress Anushka Sharma. 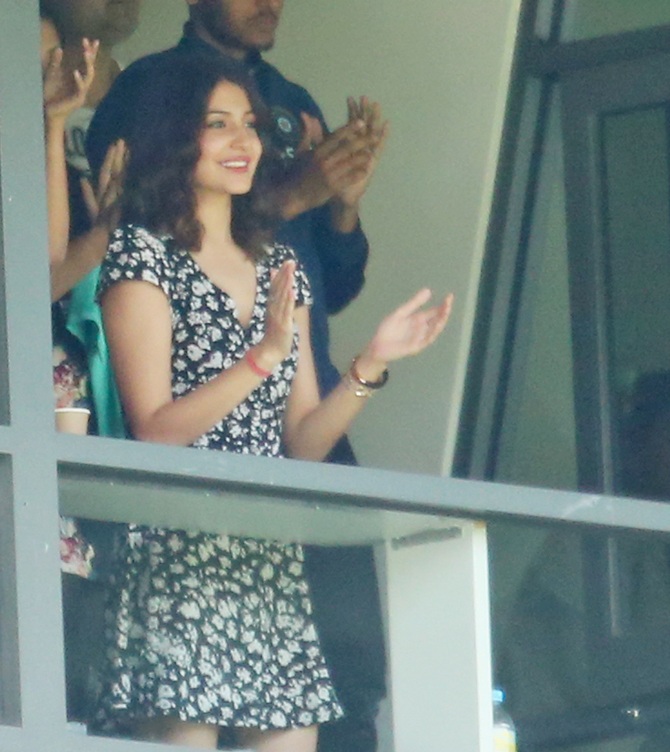 The moment Kohli completed his half century, the Bollywood actress' who came well prepared for Aussie summer with her little black dress,  joined the Melbourne Cricket Ground in appreciating the knock.

According to reports on social media, Australian presenter Michael Slater during his commentary on the fifth and final day of the third Test called Anushka Sharma as Kohli's wife. After realising his faux paus, Slater then hurriedly described the actress as Virat's 'fiancee.' The Band Baaja Baaraat actress is currently celebrating the success of a recently released film PK.

If reports are to be believed, she will also spend the New Year with her beau.

Kohli scored 54, his fourth score above 50 for the series. 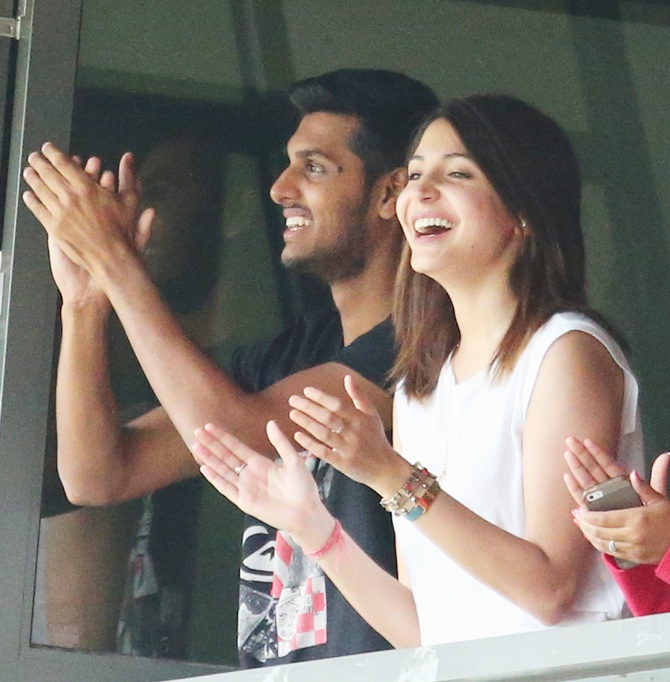 Anushka Sharma, girlfriend of Virat Kohli smiles as Kohli celebrates after reaching his century during Day three of the third Test

Earlier, Kohli and Ajinkya Rahane frustrated the Australian bowlers for a second time in this match, after the pair compiled a record fourth-wicket partnership of 262 at the MCG on day three. 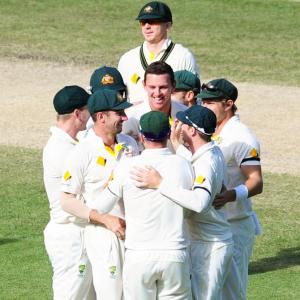 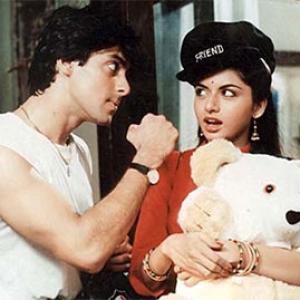 Sooraj Barjatya: I thought Salman Khan was quite ordinary