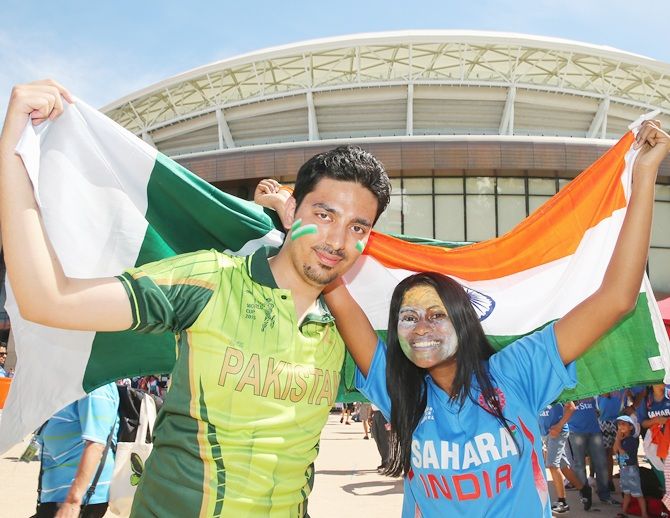 Veteran off-spinner Harbhajan Singh doesn't want India to play Pakistan in the upcoming ODI World Cup in the aftermath of the ghastly terror attack in Pulwama.

Harbhajan said India are strong enough to win the World Cup even if they decide to forfeit the match against Pakistan in Manchester on June 16.

"India should not play Pakistan in the world Cup. India are powerful enough to win the World Cup without having to play Pakistan," Harbhajan Singh told 'Aaj Tak' news channel.

"This is a difficult time. The attack that has happened, it was unbelievable and it's very wrong. Strict action will surely be taken by the government. When it comes to cricket, I don't think we should have any relations with them otherwise they will keep treating us like this," he added.

Harbhajan said India doesn't need to revive any sort of sporting ties with Pakistan as a mark of respect for the armed forces.

"I don't think India should play the World Cup match against Pakistan. Country comes first and we are all standing behind our country. Cricket or hockey or sports, it should be kept aside because this is a huge thing and repeatedly our soldiers are killed."

"We should stand with our country. Cricket or hockey or any sport, we don't need to play with them," he said.

"We should not keep any kind of ties with Pakistan: we are powerful enough to feed the world on our own. Cricket, sports is not as important. We stand with every member of the defence force. Their sacrifices should no go to waste," Harbhajan said.