Statistical highlights on the fourth day of the second cricket Test between India and South Africa in Durban, on Wednesday. India won the Test by 87 runs to level the three-match series 1-1.

# India's aforesaid victory is their seventh (lost 12 and drawn seven) out of 26 played against South Africa - success percentage 26.92.

# India have won eight, lost three and drawn three out of 14 played this year -- success percentage 57.14.

# S Sreesanth (3/45) registered his best performance in seven Tests this year, obliterating the 3 for 121 against New Zealand at Hyderabad last month.

# India have recorded 14 wins against three losses and six drawn games out of 23 played under Dhoni's captaincy -- success percentage 60.86.

# Dhoni is the first Indian captain to record a winning percentage of 60.00.

# VVS Laxman received the Man of the Match award for the fifth time in Tests -- his first against South Africa.

# Laxman's 96 is his second highest for a winning cause against South Africa, next only to the 143 not out at Kolkata in February this year.

# Laxman's highest ever for a winning cause is his career-best 281 against Australia at Kolkata in March 2001.

# Dhoni is the leading run-getter for India in the present series, aggregating 179 in four innings. 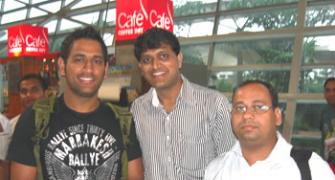 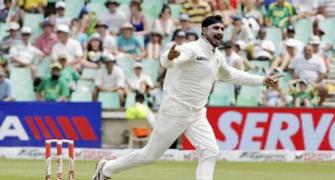 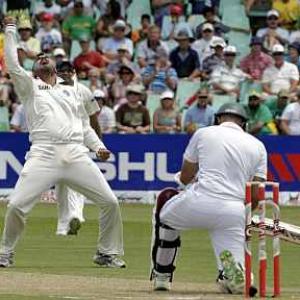