Tendulkar to return after injuring hamstring

Batting ace Sachin Tendulkar has injury concerns just a day before India names its team for the World Cup in Chennai on Monday.

The batting ace was ruled out of the remainder of the ODI series against South Africa after injuring his right hamstring during his 24-run innings, off 44 balls, in the second ODI against the Proteas at the Wanderers on Saturday, which India won by one run to level the series 1-1.

Tendulkar did not field during the South African innings and in the post-match press conference India captain Mahendra Singh Dhoni confirmed that the champion batsman will not take part in the remaining three ODIs of the five-match series.

"Sachin (Tendulkar) has sustained an injury and he will not be playing the next three matches. He will be going back," Dhoni said.

Sachin is the fourth Indian cricketer to return home due to injury following the exit of openers Virender Sehwag and Gautam Gambhir, and pacer Praveen Kumar.

Tendulkar achieved another milestone in his career on Saturday, when he equalled Sanath Jayasuriya's record of being the most capped player in one-day international cricket.

The second ODI against South Africa was Tendulkar's 444th match, the same as Sri Lankan legend.

His injury is a worrying development for India ahead of the World Cup, which World Cup starts in South Asia on February 19. 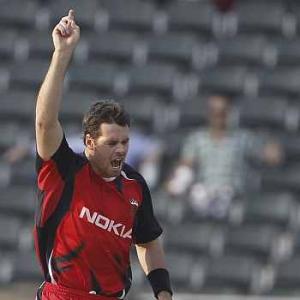 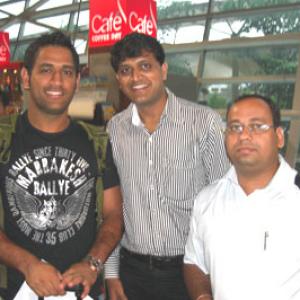