Punjab batsman Gurkeerat Singh Mann,  a surprise inclusion as the 17th member of the squad for the Bangalore Test, retained his place for the next two matches as well. 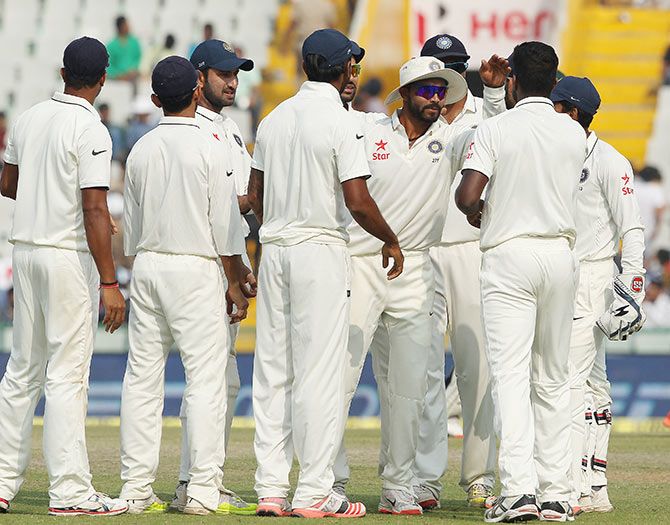 Following the washed-out second Test in Bangalore, India retained the 17-member squad for the last two matches in the ongoing series against South Africa.

India have a 1-0 lead in the Test series following the 108-run victory in the first match in Mohali.

The second was drawn after four days’ play was lost because of rain in Bangalore.

Punjab batsman Gurkeerat Singh Mann,  a surprise inclusion as the 17th member of the squad for the Bangalore Test, retained his place for the next two matches as well.

The next Test will be played in Nagpur from November 25-29, while a decision on the venue for the fourth Test, from December 3-7, is expected later on Wednesday.

The BCCI had given the Delhi and Districts Cricket Association the deadline of November 17 to obtain the required permission to host the match at the Feroz Shah Kotla, but it was extended by a day after the DDCA approached the Delhi high court.

The BCCI said it will wait for the Delhi court's decision, which is due later on Wednesday, before taking a call on whether to let Delhi host the Test or move it to Pune.

The bone of contention, though, remains the Rs 24.45 crore in entertainment tax slapped by the ruling Aam Aadmi Party government on DDCA.

The DDCA on Tuesday moved the Delhi high court with a plea seeking direction to South Delhi Municipal Corporation (SDMC) over issuing a provisional occupancy certificate (POC) to hold the international match at Ferozshah Kotla stadium.