‘Will wait for two more days, after that series is off’ 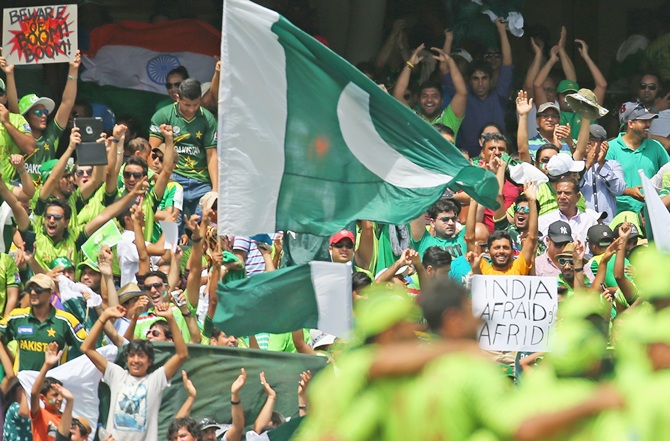 With time running out for the proposed India-Pakistan cricket series, the Pakistan Cricket Board has said it would call off the much-talked-about rubber if the Indian government does not give its approval in the next couple of days.

The PCB Chairman Shaharyar Khan said that the PCB would wait for a day or two before shelving plans for the short limited-overs series which was planned this month in Sri Lanka.

"After that the series will be off," he said.

Khan said chances of the series being organised now were very bleak since the resumption of cricketing ties between the two countries was not discussed by the Indian External Affairs Minister Sushma Swaraj during her meetings with Pakistani officials in Islamabad.

"To be honest the chances of the series being held now are very bleak because we have been told cricket was not discussed in the meeting between the Indian foreign minister and Prime Minister Nawaz Sharif," Khan said.

"If the series is not held we stand to lose out on around $ 40 to 50 million and we had already started making preparations for the series in Sri Lanka which included hotel bookings," the PCB chief said.

"We were hopeful that there would be good news when cricket was discussed in the meeting between the Indian minister and Pakistani officials but that has not happened. We are disappointed." Khan said the PCB will review its future policies and brief its governing board members on the developments.

"Not having the Indian series is a big setback for us financially. And we were expecting that the Indian board (Board of Control for Cricket in India) would get clearance from its government as they have signed a proper MoU with us. We also need to look at the future of the rest of the series laid out in this document."

To a question, Khan said Pakistan's participation in the World T20 in India in March will depend on getting permission from its government.

"The government had given clearance for us to play a short series with India in Sri Lanka but that has not happened so far," he added.