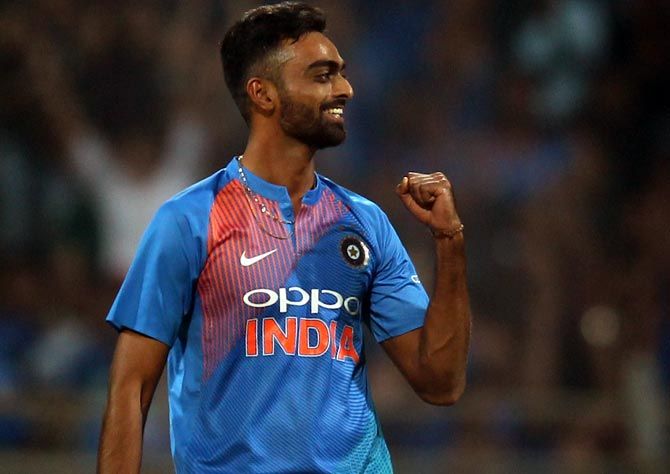 It was far from dominating batting show after the inspiring show by their young bowlers but India managed to outclass Sri Lanka by five wickets and complete a 3-0 series whitewash, in the third T20 International in Mumbai on Sunday.

Sri Lanka's hopes to end the miserable tour on a high were raised when India stuttered in their run chase following a few early wickets but eventually the hosts crossed the finish line with four balls to spare.

Sri Lanka will go home with just one ODI win from this tour while India would head to South Africa with convincing victories in all three formats, having won the three-Test series 1-0 and the three-match ODI series 2-1.

The supremely confident Indian bowlers came out firing with Jaydev Unadkat being outstanding even as the Lankans looked to attack the bowlers early on. 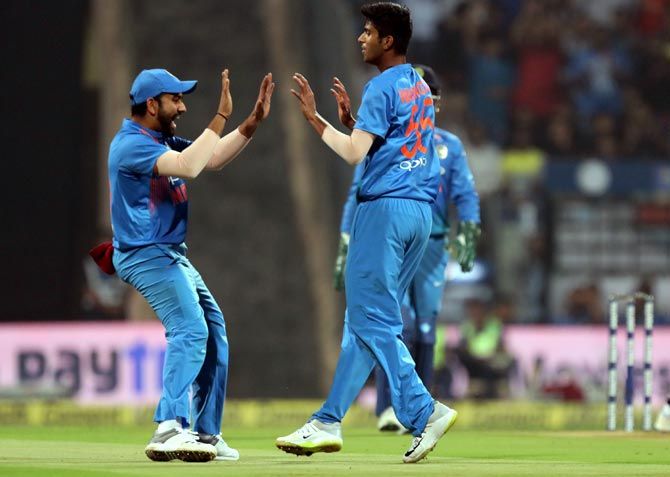 In a hurry to collect runs, they ended up playing poor shots, throwing their wickets away cheaply as the visitors finished on a modest 135 for seven in their 20 overs.

India lost in-form openers -- captain Rohit Sharma (27) and KL Rahul (4) -- early, which affected them quite a bit. The young duo of Shreyas Iyer and Manish Pandey found the going tough against a fired-up Lankan attack, who bowled with good discipline in the middle overs.

No boundary was scored for more than six overs at one stage during India's chase with scoreboard moving at snail's pace with runs mostly coming in ones and twos.

Iyer broke the shackles with a straight six off pacer Dasun Shanka but was soon run out in an unfortunate manner after scoring 30 off 32 balls.

Hardik Pandya (4) came ahead of Mahendra Singh Dhoni but did not last long and was caught behind off Shanka, whom Pandey had smashed for two consecutive fours in the same over.

Paceman Dushmanta Chameera trapped Pandey leg before after he made 32 off 29 balls, bringing the experienced Dhoni at the crease with India requiring 28 from 23 balls.

The boundaries were still hard to come but Dinesh Karthik (18 not out) tilted the match in India's favour by hitting a massive six off Nuwan Pradeep's final ball, in the penultimate over.

Needing three from the last over, Dhoni (16 not out) got a couple from first ball and flicked the next ball for a four through square leg to finish the game in style. 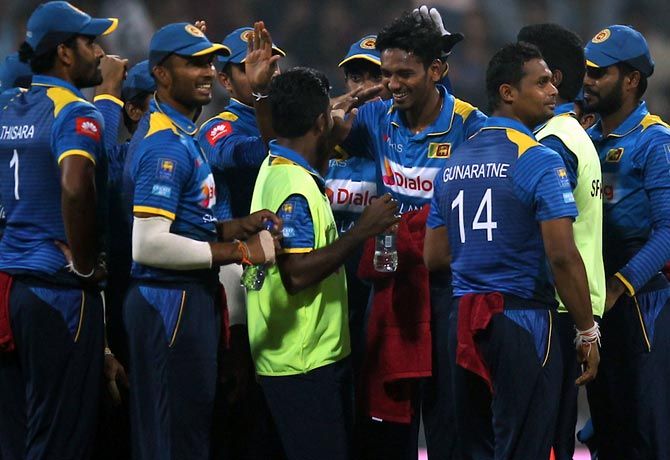 Earlier, Asela Gunaratne was the only batsman, who applied himself well and played a slow but crucial 36-run knock that took Sri Lanka past the 100-run mark.

Unadkat, who generated a lot of pace in his first spell, was the most outstanding Indian bowler with figures of impressive 4-0-15-2.

His pace colleague Mohammed Siraj though proved very expensive, leaking 45 runs from his four overs with 18 coming in the last over of the innings.

Debutant Washington Sundar (1/22) and Unadkat removed the top three batsmen in space of 11 balls to rattle the visitors.

The 18-year-old Sundar, who opened the bowling, maintained a tight line and length, before he caught dangerous Kusal Perera (4) off his own bowling after Unadkat got rid of Niroshan Dickwella (1) early on.

The Saurashtra paceman added wicket of Upul Tharanga (11) to his tally as the Lankan opener tried to break free after a slow start. 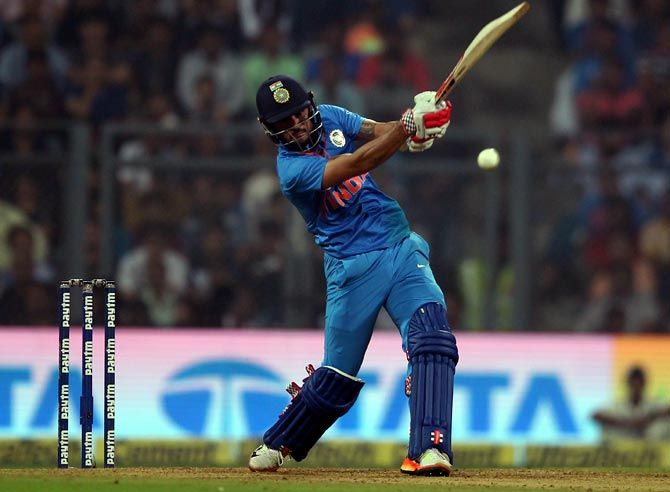 In his first spell of three runs, Sundar conceded 18 runs while Unadkat gave away only seven runs in his impressive two-over spell as Sri Lanka managed 37 runs in the Powerplay of the first six overs.

Sadeera Samarawickrama (21) also did not last long and was dismissed by Hardik Pandya, who had struck him on the helmet before having him caught by Dinesh Karthik at mid-off.

Gunaratne, though, kept calm and played sensibly getting some runs patiently even as Danushka Gunathilaka (3) was dismissed by chinaman spinner Kuldeep Yadav (1/26).

He struck one straight to Pandya at deep midwicket, leaving Sri Lanka struggling at 72 for five in the 12th over.

Captain Thisara Perera (11) in desperation, threw his bat at each and everything but after finding two boundaries off Mohammed Siraj before he handed a simple catch to Rohit Sharma.