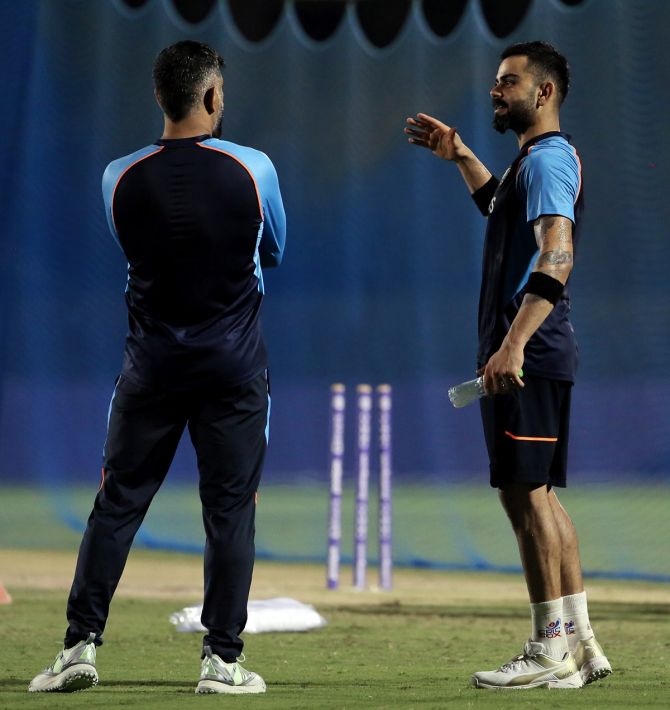 India captain Virat Kohli said his side's impeccable tournament record against Pakistan will count for nothing when they face each other on Sunday and they will need to be at their very best to overcome Babar Azam's side in the Twenty20 World Cup.

India have a 12-0 record against Pakistan in Twenty20 and 50-overs World Cups and they will hope to extend that streak in their tournament opener against their arch-rivals.

Kohli, who will relinquish Twenty20 captaincy after the showpiece event, knows the importance of beginning well and said he is not thinking about his side's record against Pakistan which brings its own pressure.

"We never discussed it within the team -- what our record is, or what we achieved in the past," the 32-year-old told a news conference on Saturday.

"They distract you. What matters is how you prepare and how you perform on that given day regardless of opposition. These things are added pressure."

The match is a repeat of the 2007 final when India pipped Pakistan to the inaugural title after a heart-stopping match.

Kohli said teams would underestimate the 2009 champions at their own peril.

"The current Pakistan team is very strong, they always have been so. They are very talented, with several players who can change the game anytime," Kohli said.

"Against a team like that, you need to arrive with your best plans, and make sure you execute it well. We definitely have to bring our A game tomorrow."

There is lot of hype around the mouth-watering clash between the neighbours but Kohli said he treated it like just another game.

"For me, it's never been different to any other game of cricket that we play.

Like Kohli, Babar too refused to dwell on the past in his first global tournament as Pakistan skipper.

"We are not focused on what happened in the past, but looking forward to what lies ahead," he said.

"It's important to start well, and make an early impact. We are excited to be here."

The team met Prime Minister and former captain Imran Khan, who led Pakistan to their maiden ODI World Cup title in 1992, before leaving for the United Arab Emirates (UAE).

"He shared his experience of the 1992 World Cup -- his mindset and his and the team's body language during the tournament," Babar said.

© Copyright 2021 Reuters Limited. All rights reserved. Republication or redistribution of Reuters content, including by framing or similar means, is expressly prohibited without the prior written consent of Reuters. Reuters shall not be liable for any errors or delays in the content, or for any actions taken in reliance thereon.
Related News: Kohli, Pakistan, Babar Azam, India, United Arab Emirates
COMMENT
Print this article 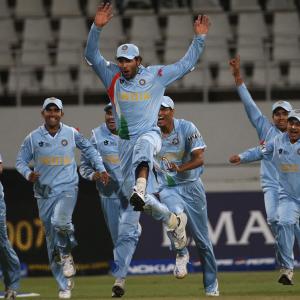