India's injury list on the ongoing tour of England continues to grow. Virender Sehwag and Ishant Sharma have been ruled out of the upcoming One-Day International series.

The Board of Control for Cricket in India, on Monday, named Mumbai batsman Ajinkya Rahane and Jharkhand pacer Varun Aaron as replacements for the Delhi duo.

"Sehwag suffered from labyrinthithis of the left ear on 24 July 2011. Although his condition has improved, he continues to experience headaches. An ENT specialist, who was consulted on the same, has said that he will take two more weeks to recover completely. Sehwag has made good progress since the surgery on his right shoulder. He will be continuing rehabilitation to build up his throwing and bowling fitness," a statement from the BCCI said.

"Ishant Sharma sustained a ligament injury in his left ankle during the Birmingham Test of the ongoing series. He has responded well to treatment, but will need to undergo a course of intensive rehabilitation and training to prevent recurrence of the pain in his left ankle," it added.

The one-off T20 International will be played on August 31, and the first of five ODIs on September 3.

Aaron, who constantly bowlers in the high 140s (kmph), first made headlines when he delivered the fastest ball by an Indian ever, clocking an amazing 153kmph, against Gujarat in the Vijay Hazare Trophy final, in March. Playing for Delhi Daredevils, he also impressed in the fourth edition of the Indian Premier League.

More recently, the 21-year-old, who has 25 wickets from 11 first-class matches, confirmed his growing potential by finishing as the top wicket-taker (10 wickets in four games) in the Emerging Nations tournament in Australia, where India emerged triumphant.

Rahane, who is one of the heaviest scorers in domestic cricket, also gave a good account of himself in Australia, where he emerged as the top scorer with 311 runs in four matches, inclusive of two centuries, at an average of 67.72. He has played 48 first-class matches, scoring 4673 runs at an impressive average of 67.72.

Related News: Varun Aaron, Virender Sehwag, The Board of Control for Cricket in India, BCCI, Delhi Daredevils
SHARE THIS STORYCOMMENT
Print this article 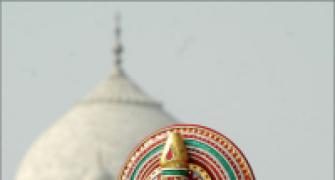 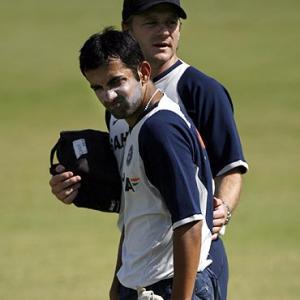 'Physio should have final say on player's fitness'