The experienced Rahul Dravid was recalled after almost two years while off-colour Harbhajan Singh was dropped from India's Twenty20 and one-day squad for the upcoming series against England, beginning August 31.

A look at the career record of the squad: 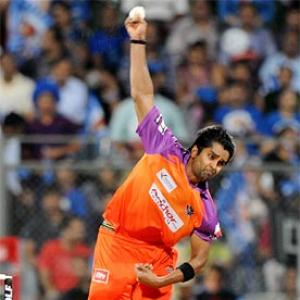 India's Malinga ready to sizzle in the Carribbean