'We've have had to dig deep. We've had to go down every hole that's needed to find water and we found it.' 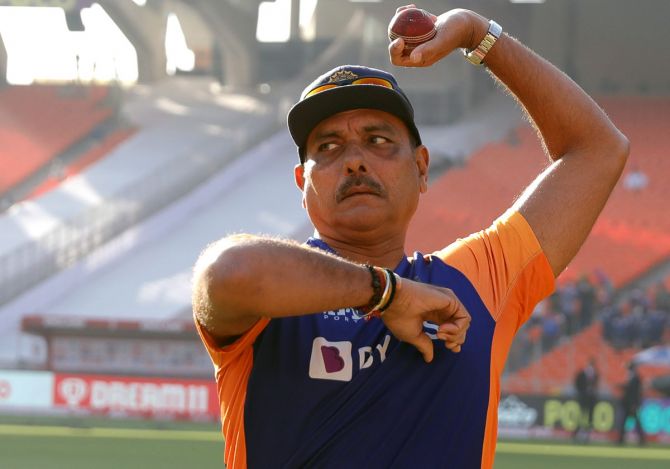 India breezed into the final of the World Test Championship (WTC) following their 3-1 series victory against England on Sunday but head coach Ravi Shastri is still bitter how the qualifying rules were changed last year.

The nine top Test teams were originally scheduled to play six series each over two years in the WTC, with the top two making the showcase final in London.

But after the COVID-19 pandemic halted the game last year, the International Cricket Council (ICC) decided to rank teams based on percentage of points earned from completed matches, instead of total points, to determine the finalists.

India, leading the table with 360 points, slipped behind Australia under the new rankings unveiled in November with skipper Virat Kohli questioning the logic behind the rule change.

Kohli's team went into the home series against England as part of a three-horse race, also including Australia, to join New Zealand in the WTC final.

"Please don't shift the goal post," Shastri told a video conference on Sunday when asked if he found any aspect of the inaugural WTC cycle problematic.

"You have got more points than any other team in the world, 360 at that time, and suddenly there's a percentage system where you go from number one to number three in a week," Shastri said.

Kohli's men won away in Australia and at home against England to make the WTC final and Shastri said it had not been an easy task.

"We've have had to dig deep. We've had to go down every hole that's needed to find water and we found it.

"We put ourselves in the final of the World Test Championship, the biggest trophy in the world, with 520 points."

The white-ball leg of India's home series against England will begin on Friday with the first of the five Twenty20 Internationals in Ahmedabad.