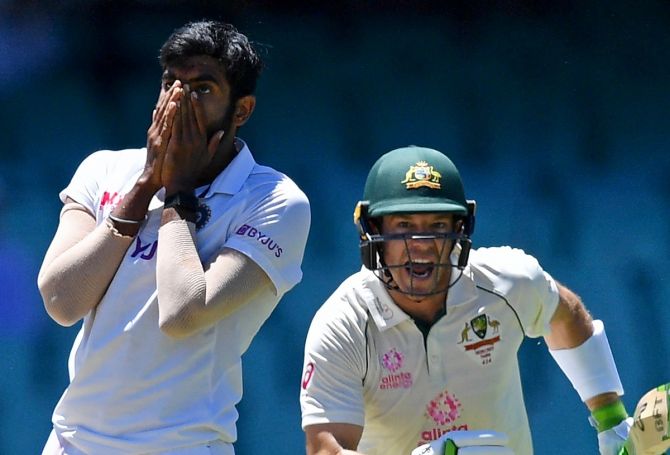 Jasprit Bumrah is known for his shy smile even when charging in, picking up wickets and even when the fielder drop catches.

On Sunday, January 10, Boom Boom endured a tough and unrewarding day on the field at the Sydney Cricket Ground. 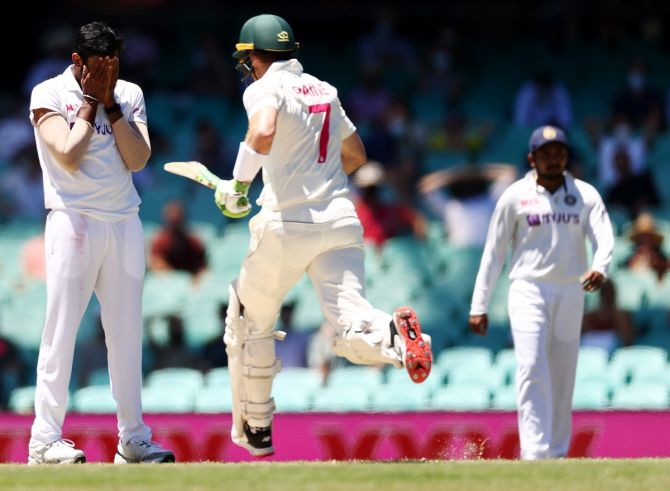 The India pace spearhead kept bowling in the right areas consistently, but did not have any wicket to show for his hard work on the field. 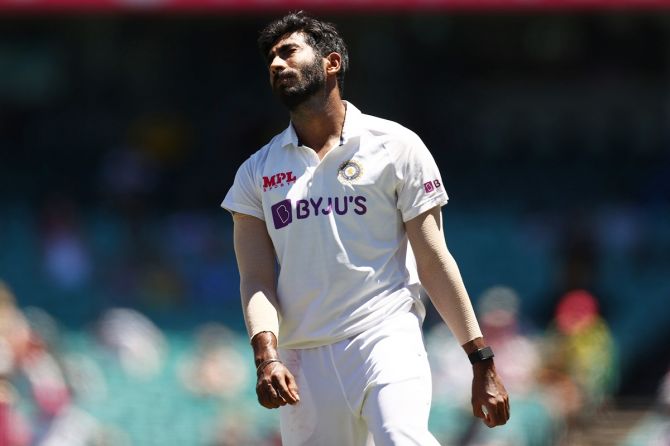 First, Hanuma Vihari dropped a sitter at leg-slip. Bumrah wasn't impressed at all as a simple chance went down. Later in the day, Rohit Sharma dropped a regulation catch at first slip when Boom Boom made Australia Captain Tim Paine edge one behind the stumps.

As Bumrah, known for his cool and calm demeanour, walked to his run-up during the afternoon session, he vented his frustration on the bails by taking them off in anger.

Umpire Paul Reiffel -- a fast bowler in his heyday -- looked surprised and a bit annoyed. IMAGE: The smile says it all. Photograph: Cameron Spencer/Getty Images

Boom Boom finally got a wicket, having been denied by dropped catches earlier, when he dismissed Cameron Green for 84.