Australia spearhead Pat Cummins was pleasantly surprised by their fiery, flawless display of pace bowling which consigned India to a record low total in the Day-Night first Test, in Adelaide, on Saturday.

Cummins's double strikes on the third day unhinged Virat Kohli's India, who were eventually shot out for 36, their lowest innings score in 88 years of Test cricket.

"We thought if we could get them out for 200 today, have a bit of a bat, we'd stay in the game," Cummins told Channel 7 after claiming 4-21 to go with his three first innings wickets.

"But for that to happen in the first hour, amazing.

"It was just one of those days where everything came off, everything we tried worked," said the top-ranked Test bowler.

Cummins felt they bowled well in the first innings too but were richly rewarded for tweaking their length on Saturday.

"We found in the first innings there was actually a lot of bounce, so to hit the stumps it almost felt like it had to be a half volley.

"But when we got into our work we were able to get up there a bit fuller, make the batters make decisions, make it harder to leave the ball and fortunately it all came off today."

The 27-year-old likened his team's bowling performance to last year's Headingley Test when they skittled out England for 67 in the first innings.

"Last year in Headingley first innings, we had a similar day out. Today and then are by far the best I've seen us bowl."

Josh Hazlewood was Australia's wrecker-in-chief against India at the Adelaide Oval, claiming 5 for 8, while Mitchell Starc could not add to his four first innings wickets.

"At one stage he told Starcy, 'I'm going to try and keep my wickets above my runs here', so he was cheeky there towards the end," Cummins said of Hazlewood.

© Copyright 2021 Reuters Limited. All rights reserved. Republication or redistribution of Reuters content, including by framing or similar means, is expressly prohibited without the prior written consent of Reuters. Reuters shall not be liable for any errors or delays in the content, or for any actions taken in reliance thereon.
Related News: Cummins, Josh Hazlewood, India, Mitchell Starc, Virat Kohli
SHARE THIS STORYCOMMENT
Print this article 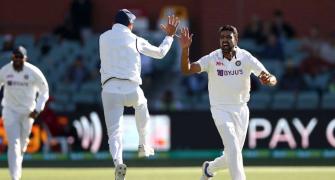 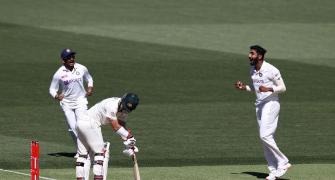 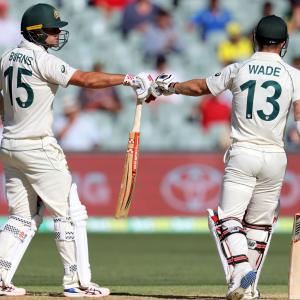 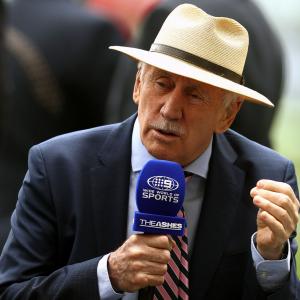