'Ultimately the plan is to have 15 players who are fit and doing decently well, and according to the demands you can feature the best eleven that suits' 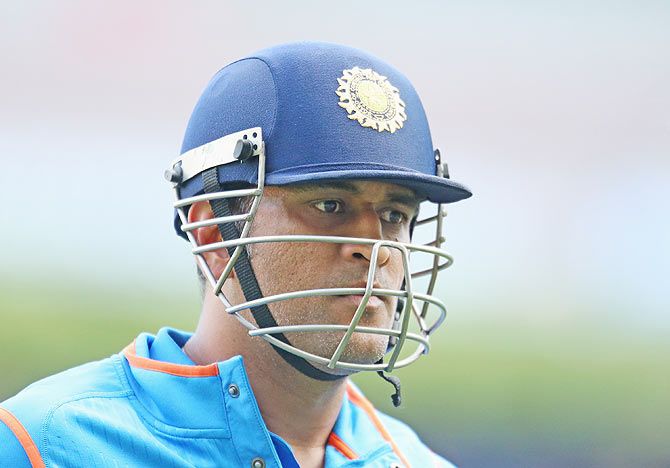 India captain Mahendra Singh Dhoni said that it's imperative to win every match in order to identify the team's first playing XI ahead of the cricket World Cup.

"Even if you win a couple of games, if you are not sure about your playing eleven going into the World Cup, then it may hamper your tournament. If everybody is fit, then in your mind you will have the first eleven you will play and also have the second eleven depending on the conditions, because some of the wickets will be very different from others.

"Ultimately the plan is to have 15 players who are fit and doing decently well, and according to the demands you can feature the best eleven that suits," Dhoni said on Thursday, ahead of the virtual semi-final against England at WACA on Friday.

India, who have been unable to register a single win in the three ODIs so far, were lucky to get two points from the rained-off game against Australia in Sydney. A win against a better-placed England may still book their final outing against the hosts and Dhoni is keeping his fingers crossed. 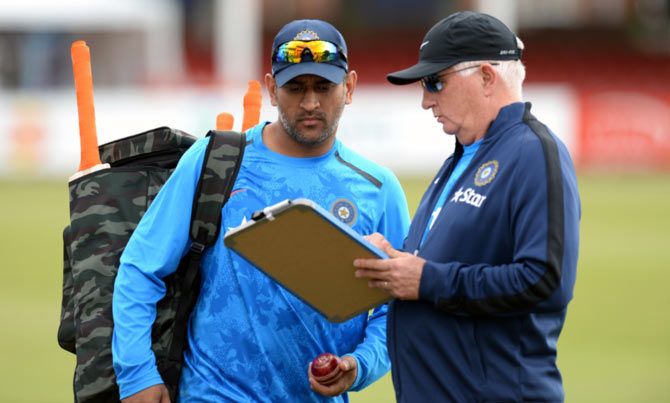 "We also need to see how we bat in the last 10-12 overs with wickets in hand. That's what we will look to do," Dhoni said.

England go into the knockout match with a fair advantage after humbling India in the league meeting by nine wickets as Eoin Morgan and company also earned a bonus point.

Dhoni believes that England always had the advantage but it's always a new game.

"They had the psychological advantage in ODIs in England as well. We have made the best out of whatever practice sessions we have had. It is not as if the ball comes 15 or 20 km/h faster in Perth. If you bowl at 140 km/h, it will come at that speed only, just that you get a little more bouncer than other Australian wickets," the Indian captain said. While India failed to defend 267 runs in their opening game against Australia, the Men in Blue were shot out for 153 against England at GABBA. Dhoni though defended his batsmen's shoddy shot selection in Brisbane.

"If you look at the ODI wicket in Brisbane, it was very different to the Test wicket in there. There was bounce but not much pace, it was spongy bounce. Also in 50-over format, there is a need for batsmen to play their shots, it is the demand of the game and at times you have to play according to a particular situation.

"So at times you have to take those risks, at times it pays off and at times it doesn't pay off," said the wicketkeeper-batsman.

The batting looked unsettled after Rohit Sharma's exit post the first game and Shikhar Dhawan's form hasn't helped the team's cause. Dhoni though feels that the middle-order batsmen should also play their part well. 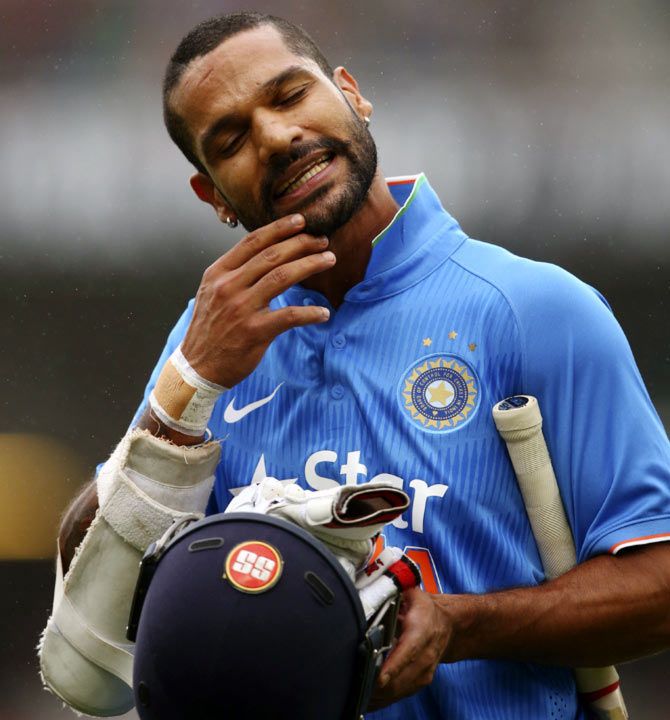 "The top-order's form isn't the biggest concern. We have lost too many wickets in the middle order. It's not what you want if you have a good start. That is what is happening to us," said Dhoni.

Also explaining the think-tank's move to settle Virat Kohli at No.4, Dhoni said it gives more balance to the line-up.

"The reason why Virat Kohli is batting at number four is to strengthen the middle and lower-middle order. If Ravindra Jadeja is not there and Akshar Patel is playing, he hasn't got much experience outside the sub-continent. If I am batting at six, I cannot be worried about the batsman coming after me. We need to capitalise on the last 8-10 overs and it can be very crucial.

That's the reason why Virat has to bat at number four and we can manoeuvre around him if he gets a partnership going," he said, though agreeing that the ploy hasn't worked so far.

With Rohit ruled out of the last league match game despite looking fit in the nets on Thursday, all eyes will be on Dhawan, who needs to prove his worth before the World Cup.

"That's where experience counts. It's not like every cricketer goes through a patch where he keeps scoring runs. Shikhar didn't have a Test series in England, but I felt he did decently well in the ODIs. So it's important for him to be himself, back his strengths, whatever his strength is because the change of format can really work in your favour.

"You have to be a bit more expressive. You can play your big shots. It is always about those first 10-15 minutes. You play a couple of good shots, you hit the middle of the bat and you are back in form," Dhoni signed off.