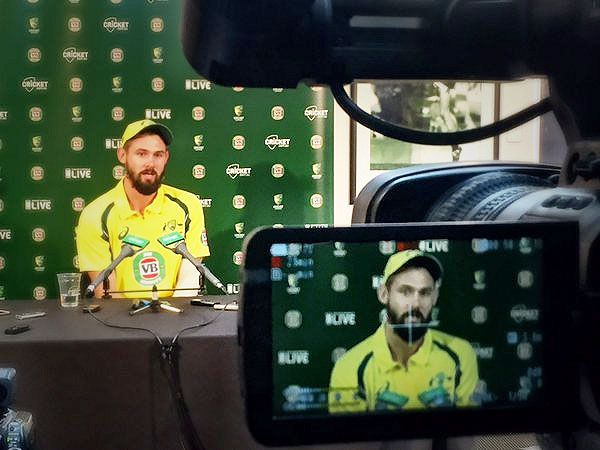 IMAGE: Australia pacer Kane Richardson speaks at the press conference after the fourth ODI against India in Canberra on Wednesday. Photograph: Cricket Australia/Twitter

Australia pacer Kane Richardson, who took five wickets in the fourth ODI in Canberra on Wednesday, felt the dismissal of Mahendra Singh Dhoni proved the turning point as the home team beat India by 25 runs.

Richardson, who scalped 5 for 68, also felt that Ajinkya Rahane's injury was a factor for the visitors.

"It is a quality line-up but a big part of the run-chase was that Ajinkya Rahane wasn't fit. So we knew that it would come down to Shikhar Dhawan, Virat Kohli and MS Dhoni. They made hundreds and played a hell of an innings.

"We knew if we could get Virat out, after Dhoni, then the rest are fairly inexperienced players and it would all fall on Ravindra Jadeja. The one over changed the game," said Richardson. 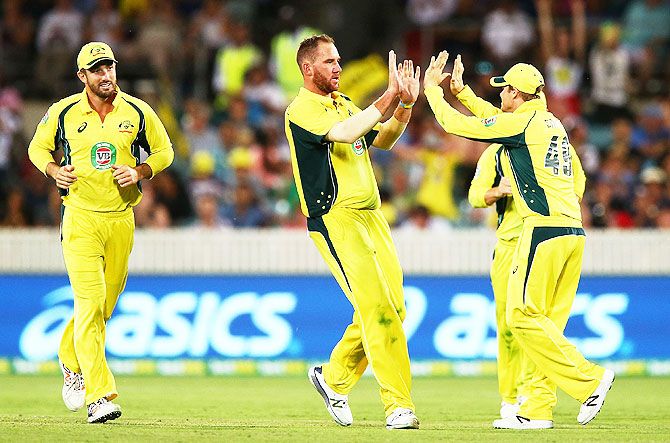 "It's 100 percent, Dhoni's wicket was the turning point of the match!

"At one stage we thought we could lose in the 40th over, so it was definitely the key moment for us.

"We kept telling ourselves that we needed to get one of those two, and then John Hastings got both Dhawan and Dhoni in the same over. He deserves a lot of credit for changing the game.

"The pitch didn't look daunting yesterday, but we hadn't come to the ground. This morning when we were warming up, it looked daunting enough. The previous scores have been high here as well and we aren't experienced bowlers but we are working hard on it.

"We needed some assistance against that Indian batting line-up and we needed to find a way. John Hastings showed us the way and he keeps doing it again, again. With 2 for 50-odd on that wicket, he is a match winner for us," he added. 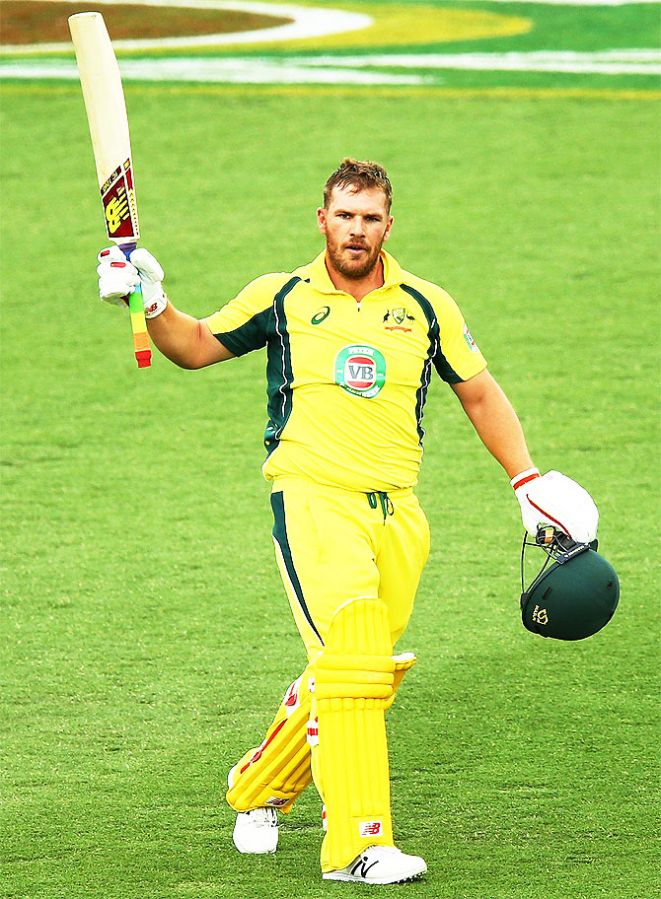 Australia scored 348 for 8 batting first, riding on a century from Aaron Finch. Even as their batsmen flayed the Indian attack, Richardson knew what was coming their way.

"The way India batted, I hope Finch's innings isn't forgotten. It was a seriously good innings. We loved it watching it in the dugout but we knew we had to go out and bowl on that pitch. Finch loves Canberra and it is his wicket.

"That's a really good century for him going into the match in Sydney, and he is out T20 captain as well. So he is a quality player, like most of our batsmen, and our batting is really confident at this moment," he said. 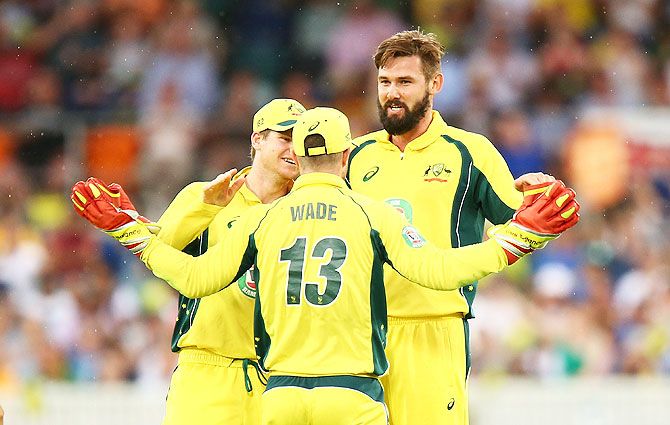 The hosts are without their senior bowlers Mitchell Starc,  through injury, and Josh Hazlewood, through rest, but their inexperienced attack has carried them well through, leading to a 4-0 scoreline in this five-match series.

"It has been a good challenge for us but a seriously tough one. It would have been nice to have the senior bowlers, but at the same time it is an opportunity for us. We are still finding our way in the game and Hastings has shown how to do it.

"It has been a tough last few games especially in the power play overs. Rohit Sharma has been nearly unstoppable. I haven't really contributed till tonight and I haven't bowled well in the power play particularly. It is nice to take wickets and contribute to a win but I have got a lot to learn still. Yes, it has been my best effort so far but then again I don't have a lot to look back to," said Richardson.