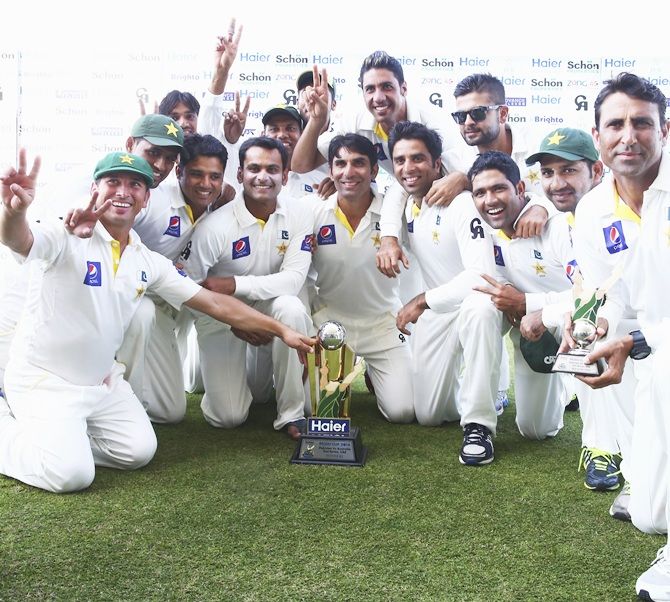 The Pakistan team celebrates with the trophy after beating Australia in the second Test and winning the series 2-0. Photograph: Ryan Pierse/Getty Images

Having set the visitors an impossible 603-run victory target, Pakistan claimed the remaining six wickets in a little over a session on the final day to secure their first Test series victory over. Australia in 20 years.

The win also helped them rise to number three in Test rankings.

Smith (97) added 107 runs with Mitchell Marsh in a rare display of Australian resistance in the two-match series before his post-lunch dismissal triggered a collapse with the visitors losing their last five wickets for only eight runs. 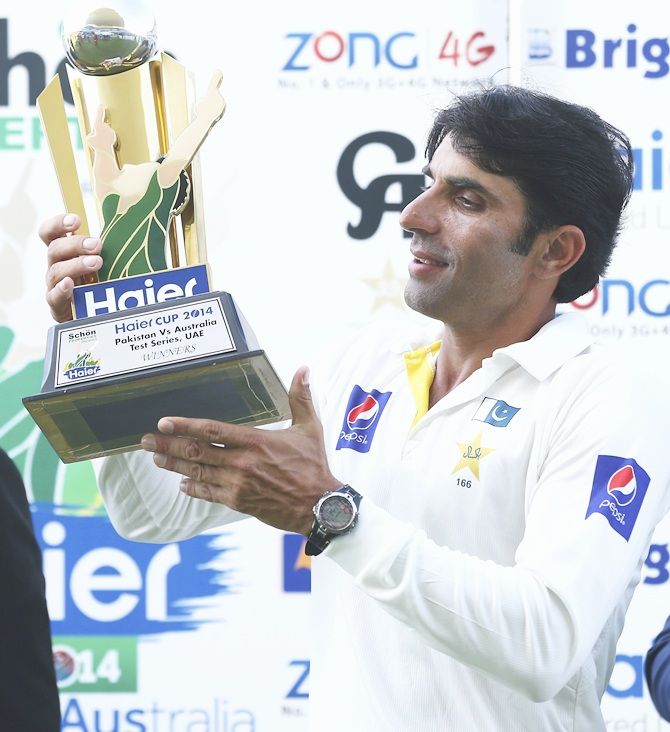 Zulfiqar Babar (5-120) and Yasir Shah (3-44) once again laid bare the spin frailties of the Australian side who folded for 246 runs in their second innings.

Pakistan captain Misbah-ul-Haq was adjudged man-of-the-match for his twin centuries in the Test, the second of which equalled Viv Richards's record for the fastest Test century in 56 balls.

Run-machine Younus Khan, who hit two centuries and a double hundred in his four innings, was the obvious choice for the man-of-the-series award. Resuming on 143-4, Smith and Marsh (47) frustrated the Pakistani bowlers with a century stand, showing the stomach for fight which was missing in their team mates.

Marsh, playing only his second Test, proved the perfect foil for Smith, whose decisive footwork against the spinners and positive intent stood out in an otherwise Australian batting capitulation.

Marsh, whose 87 was the top score in Australia's first innings, was looking set for his second fifty of the match when the 23-year-old walked into a leg-slip trap. Smith hit Babar for successive boundaries to bring up his eighth Test half-century and meted out the same treatment to the spinner in the final over before lunch to cruise into the 90s.

Shah denied Smith his fifth Test century, trapping him leg before with the second delivery after lunch, which opened the flood gates and Australia collapsed in a heap.

Smith hit 12 fours in his 204-ball knock that proved there were no real demons in the dry and dusty pitch at the Sheikh Zayed Stadium. 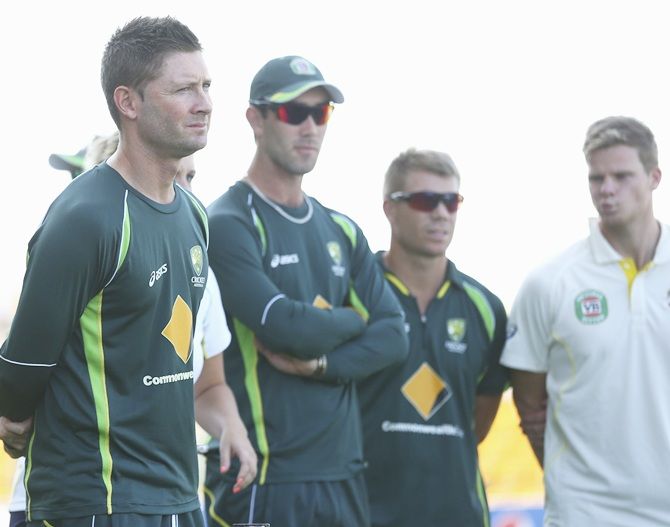 Comprehensively beaten in the first Test in Dubai, nothing went right for Australia in the second Test either as their batsmen's vulnerability against spin and reverse swing was again on display while their bowlers struggled on a dull pitch.

Not a single Australian managed a century in the contest while Misbah and Azhar Ali got hundreds in both innings while Younus struck 213 in the first innings.

Australia's bowling limitations were also exposed as they could not bowl out their opponents even once, managing nine wickets in the match while bleeding 863 runs. 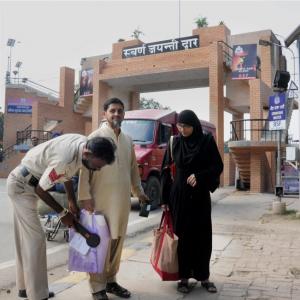 Who is behind the Wagah border attack?