'I need players that are willing to get in the contest and get in the battle and have some pride in playing for Australia and pride in the baggy green.' 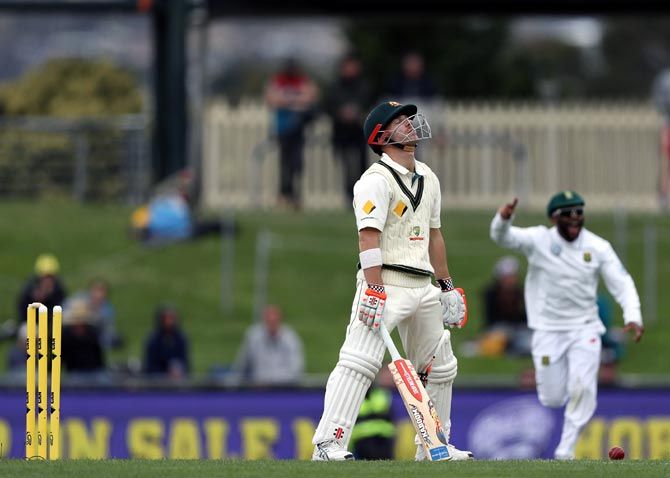 Australia captain Steven Smith said he was embarrassed by his team's performance against South Africa and accused his players of lacking pride in their wickets after another batting collapse paved the way to a crushing 2-0 series defeat.

Having resumed on 121 for two on day four in the second Test in Hobart on Tuesday, Australia lost eight wickets for 40 runs before lunch to crumble to an innings and 80-run loss, the team's fifth successive defeat in Tests.

Australia head to Adelaide for the series finale under lights next week with confidence at rock-bottom and pundits demanding wholesale changes to the team's roster and staff.

While giving credit to South Africa's outstanding pace attack, Smith offered no defence for the struggles of his players and instead slammed them for failing to live up to the demands of international cricket.

"It's not working. Obviously on the back of five losses there’s going to be a lot talked about in regards to selection and things like that," he said at a candid post-match media conference.

"We're not digging in enough, we're not having the pride in our wicket ... Something’s got to change and we’ve got to play a lot better than we have been if we’re going to beat any opposition around the world at the moment.

"I need players that are willing to get in the contest and get in the battle and have some pride in playing for Australia and pride in the baggy green (cap).

"I’m quite sick of saying it. We’ve lost five times in a row and for an Australian cricket team that’s humiliating and I’m embarrassed to be sitting here in this position, to be honest with you." 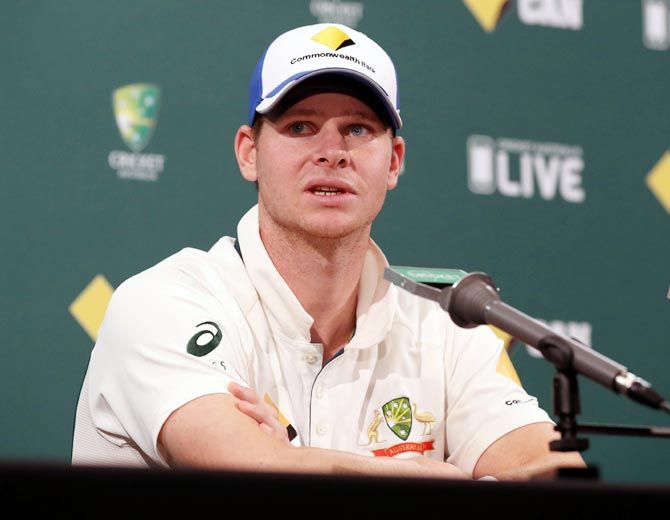 Burns scored one and a duck, while Ferguson scored one in the second innings and ran himself out for three in the first.

Smith said it is inevitable that selections would be under the microscope but he offered a bleak prognosis of the available reserves.

"We need guys in state cricket to really step and jump out of the pack. I don’t think there’s anyone really doing that at the moment, that’s really averaging 55-60, things like that," he said.

"So there’s obviously going to be questions asked in all different ways."

Smith said his bowlers also need to lift their performance, berating them for lacking discipline and giving the South Africa batsmen "freebies" with loose deliveries in each over.

But they would at least be rested before Adelaide, in contrast to the batsmen, who faced a week of toil for their Sheffield Shield sides.

"(Have them) try and spend some time out in the middle and score some runs," he said.

"It’s not happening at the moment so we’ve got to find a way to get better and concentrate on some of the things that I’ve talked about." 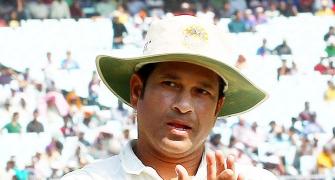 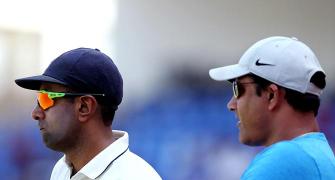 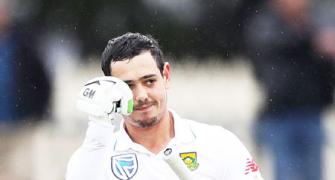 De Kock and the Gilchrist parallels 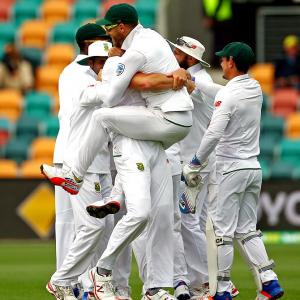 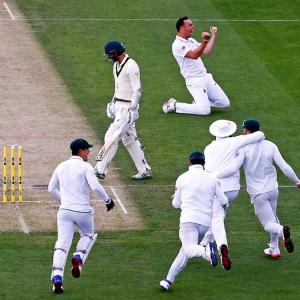