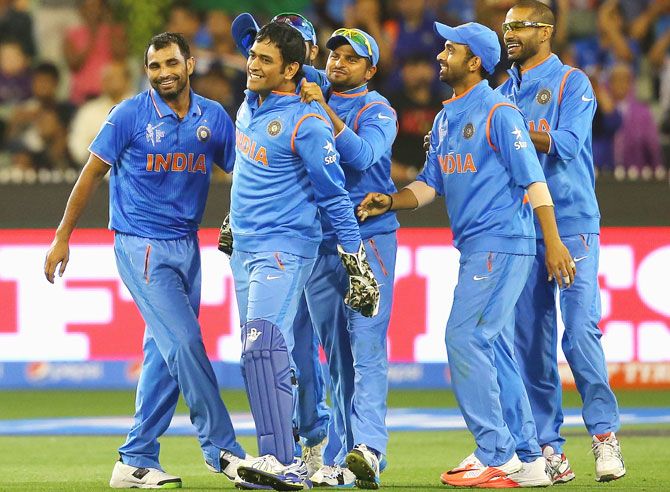 Australia saw through one of the fierce fast bowling spells by Wahab Riaz to set up a World Cup semi-final clash against India but the home team
captain Michael Clarke has said his players will have to bat much better against the defending champions.

India and Australia will fight it out for a place in the title clash on March 26 in Sydney.

"They are in good form. M S Dhoni is leading them well. We look forward to another really tough contest. We'll have to bat a lot better, specially the top-4," Clarke said when asked about his thoughts on the semi-final, following their six wicket win over Pakistan in Adelaide.

While answering how will they mentally prepare for the semi-final, Clarke said, "It's no different to another game playing for Australia. I have spoken about not putting the World Cup on a pedestal, so preparation as always. Every time you play for Australia, you want do your best." 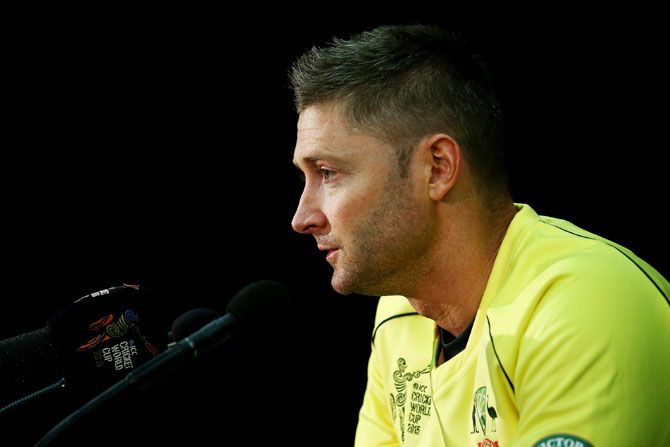 The Australian captain said it was "a really close game in the end".

"The bowlers did a fantastic job, our fielding was excellent, but Wahab came out and really put us under pressure, one of the fastest spells I've seen in a long time," he said.

Clarke praised Shane Watson (64 not out) and Steven Smith (65) for successfully seeing off a crisis situation when they looked in a spot of bother, having lost three wickets with not many runs on the board.

"Watson toughed it out, Steven Smith looked fantastic. If they catch Watto at fine leg it could have been a lot tighter, credit to sticking in there. Wahab pushed us really hard," he said.