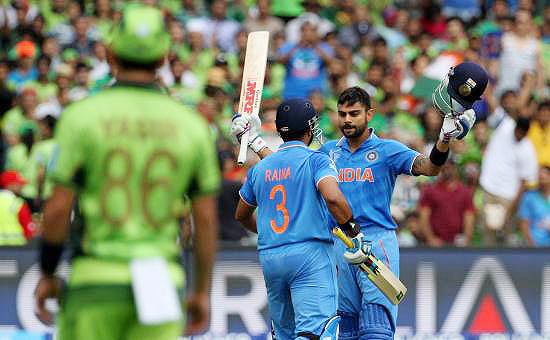 India’s Virat Kohli scored a superb century to steer India to an amazing win and continue their dominance over arch-rivals Pakistan by beating them by 76 runs in the opening match of the World Cup at the Adelaide Oval on Sunday.

Kohli brushed off his recent poor one-day form with a knock of 107 and it was this stirring century that made all the difference in the end.

Dropped from a difficult chance by Yasir Shah off Shahid Afridi on seven and again by wicketkeeper Umar Akmal on 76, Kohli otherwise played within himself and gave few chances in his 126-ball innings.

Coming in at number 3, Kohli joined Shikhar Dhawan to take the momentum away from the Pakistanis with a dominant partnership of 129.

After solid partrnerships with Dhawan and later with Suresh Raina, Kohli reached his hundred with a single to long on, whipping off his helmet to celebrate his 22nd century in one-dayers and the first by an Indian in a World Cup match against Pakistan.

They were separated when Kohli was caught behind after slashing at a Sohail delivery.

Sohail checked India’s progress by picking five wickets later but it all came too late as Kohli had already done the damage. 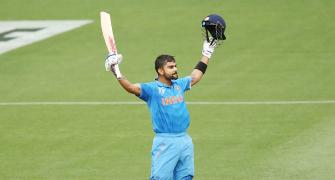 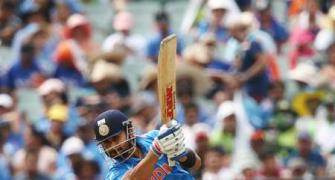 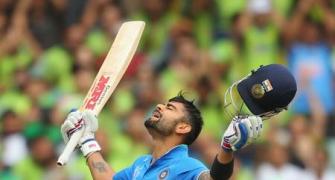 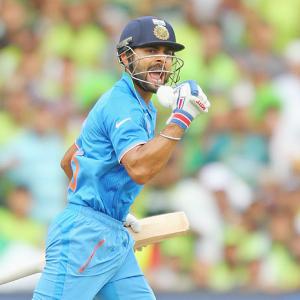 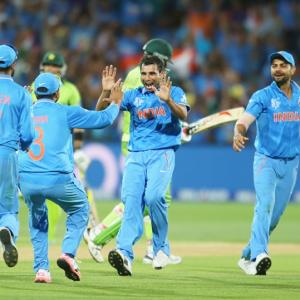