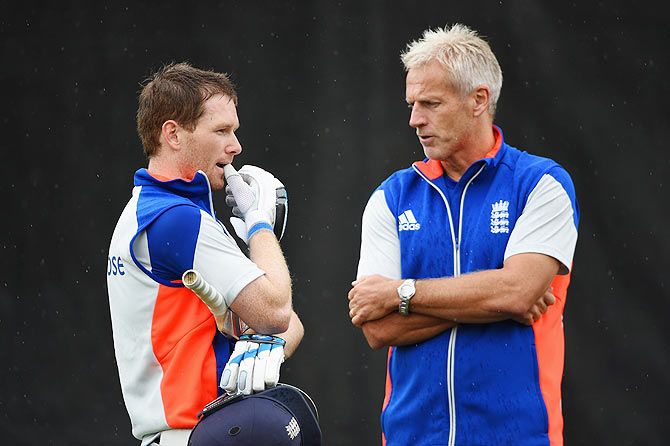 A floundering England will be looking to avoid a potential banana skin when they take on minnows Scotland in a crucial Pool A cricket World Cup match at the Hagley Oval, in Christchurch on Monday.

The Eoin Morgan-led side has had a terrible couple of outings against co-hosts Australia and New Zealand as they head into their third game of the 50-over showpiece event.

If losing to Australia in the opener by 111 runs was disappointing then being bundled out for 123 and eventually losing by 8 wickets against the Black Caps was embarrassing.

England's 123 was mowed down by the Brendon McCullum-led side in 12.2 overs as a hapless English attack looked on.

Middle-order batsman James Taylor made a valiant 98 not out at the MCG and Joe Root made a hard-working 46 at Wellington but the batting unit has failed to fire in totality.

Even the decent-looking English pace attack on paper has looked vulnerable once the opposition got going. The likes of James Anderson, Stuart Broad and Steven Finn might not have had enough runs to defend against New Zealand but were guilty of leaking too many runs against the George Bailey-led side in their first game.

With their backs to the wall against a not-so-fancied Scottish side, England will be looking to put their best foot forward.

"England don't look as if they'll get out of the group at this stage," said former England captain Paul Collingwood, who has switched loyalties to Scotland since joining their coaching staff. 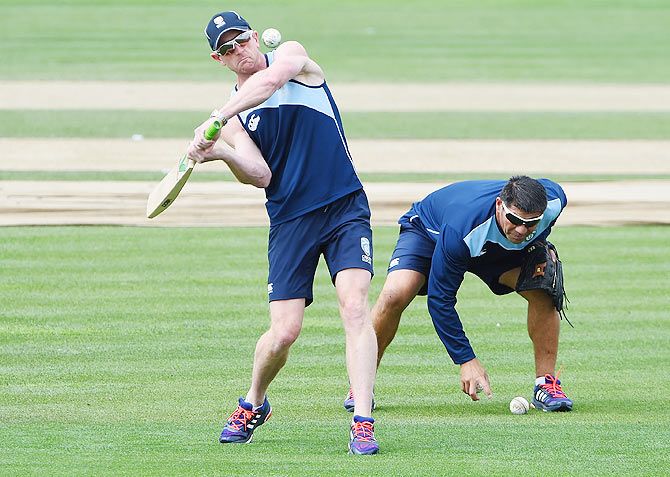 Scotland, who are hungry for success, have also did not have the best of outings against New Zealand in their first game in Dunedin, but the Preston Mommsen-led side got some encouragement from their three-wicket loss.

The Scots were bundled for 142 in 36.3 overs while batting first but medium-pacers Iain Wardlaw and Josh Davey did pick up three wickets each to give the hosts a bit of a scare.

The Scottish unit is not only taking inspiration from Ireland's dominating win against West Indies but is also looking to capitalise against a struggling English unit.

Collingwood, who led England to the World Twenty20 crown five years ago, said Scotland held "real confidence and belief" that they can win now.

"That's going to be an amazing feeling if we can get that first-ever World Cup win under our belt, there's no better time than against England," said Collingwood.

For the record, England have won both their completed ODIs against Scotland, in 2010 and 2014, so far.