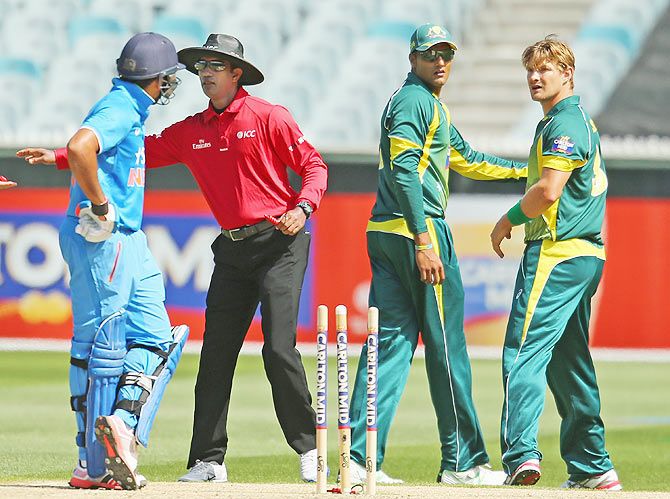 The love-hate relationship between Australia and India has added extra spice to Thursday's World Cup semi-final at the Sydney Cricket Ground (SCG).

There is no shortage of mutual respect between the two teams but as the two most powerful nations in contemporary cricket, they are also the fiercest of rivals.

With players on neither side willing to give any ground, their battle for global supremacy has led to some tense battles on and off the pitch, which have occasionally overheated.

The most infamous clash was during the second match of their 2007-8 series, played at the SCG. India lost the match in the final moments of the last day but that was only the start of the drama.

The Indians were furious that a number of key umpiring decisions had gone against them. Then their spinner Harbhajan Singh was charged with racially abusing Australia's Andrew Symonds in what became known as the 'Monkeygate' scandal.

Harbhajan was banned for three matches, further upsetting the Indians, who responded by saying they were abandoning the tour and heading home. The International Cricket Council intervened, the charges were later downgraded and the team agreed to stay. But the rivalry has remained to this day. In the lead-up to the World Cup, the teams played each other in a Test and one-day series where tensions again threatened to boil over.

The Australian batsman David Warner and the Indian pair of Virat Kohli and Shikhar Dhawan were all fined by the ICC after a row during the test series while Australian fast bowler Mitchell Starc was given a warning.

When the teams switched to One Day Internationals after the Test series, Warner was slapped with another fine after telling Indian opener Rohit Sharma to "speak English".

With the match sold out and hundreds of millions of people expected to watch on television as the teams fight for a place in the World Cup final, all the ingredients are there for another explosive battle. 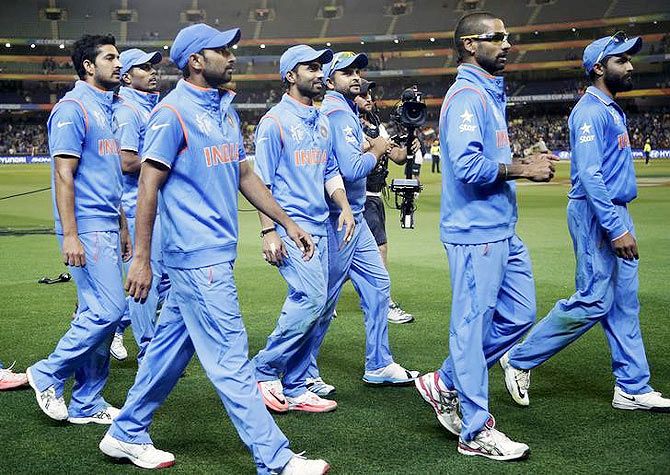 The players on both teams have already been warned about their behaviour but have shown no signs of backing down with so much at stake.

"They've spent a lot of time in the country so they've adapted well to the conditions, so it's no surprise they're up against us in the semi-final," Australian all-rounder James Faulkner told a news conference before team training on Monday.

- Spin or pace, Australia ready for showdown vs India

"I think they're a very strong team and we are as well.

"I think there always (is rivalry) in the game, if there isn't you've got problems.

"It's the nature of the game, it's a semi-final, it's cut-throat, there's going to be words said. It's going to be a really tough contest and both teams won't be backing down." 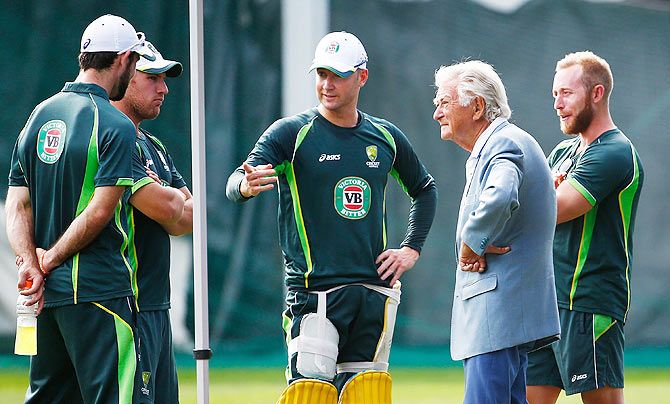 Faulkner, who is a regular in the Indian Premier League, is not surprised with the turnaround of the Indian team, which has now won seven straight games in the World Cup after a winless streak throughout Australian Summer.

"I am not at all surprised that they are doing well. Every time, we have come up against them it has been a very good game of cricket and it has gone right down to the wire. If you go back on the ODI series in India (2013), a lot of runs were scored and there were a lot of great chases," he said.

"Likewise when we have played them here, we have scored 300 and they have been there and thereabouts while chasing it," he added. 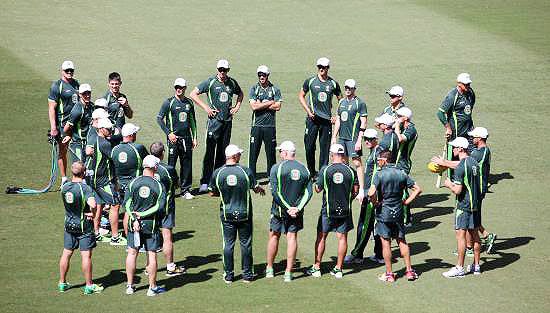 The Australian team during a practice session at the Sydney Cricket Ground on Monday. Photograph: Vipin Pawar/Solaris Images

With the kind of support India have enjoyed throughout the tournament, Faulkner is apprehending that SCG might just have more people backing the defending champions instead of the home team.

"We were talking about it at dinner last night. Actually, the last game we played here (during tri-series), it definitely felt like that. Obviously, the passion which the Indian fans show towards their cricket team is sensational. We are definitely expecting that on the match day."

However, Faulkner maintained that his team will keep it high-intensity during the semi-final.

"I thought our intensity was quite high in the quarter-final. So I am expecting it to be the same if not higher again in the semi-final. You are going to see two very good teams coming up against each other in a couple of days' time and it should be a very good spectacle." 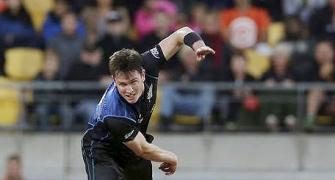 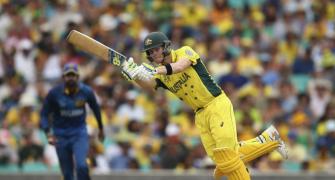 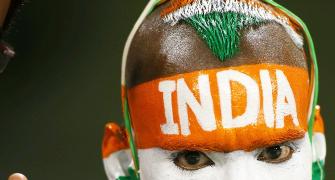 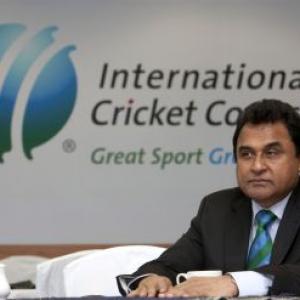