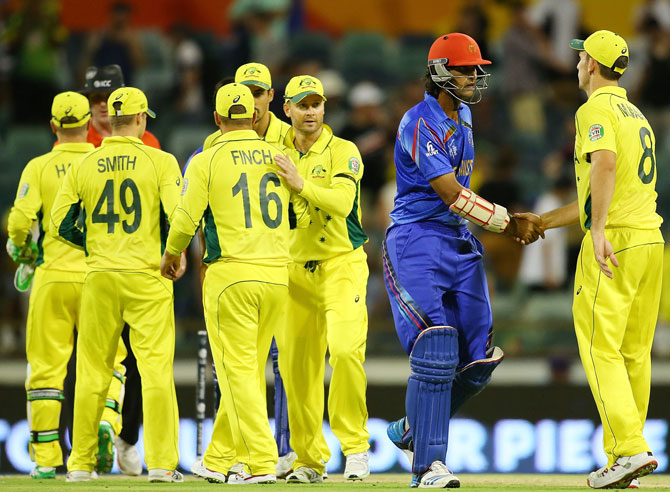 Australia thrashed Afghanistan by 275 runs in their Pool A match of the ICC World Cup at the WACA in Perth.

Batting first, David Warner made mincemeat of an inexperienced Afghanistan bowling attack with a magnificent 178 as Australia piled up a tournament record 417 for six. The hosts surpassed India's 413 for five against Bermuda in 2007.

Afghanistan were never in the match as they were bundled out for 142 in 37.3 overs a few days after their initial high following the Scotland victory. 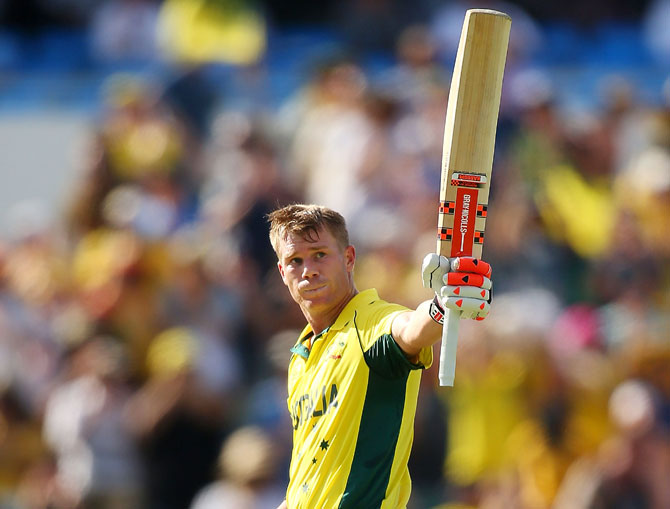 David Warner of Australia celebrates after scoring his century during their World Cup match against Afghanistan at WACA. Photograph: Paul Kane/Getty Images

Warner's 's career-best 133-ball knock was studded with 19 boundaries and five sixes. It was his fourth ODI hundred.

Steven Smith, promoted up the order, contributed an entertaining 95 (off 98 balls) and helped Australia pile up runs with ease. Him and Warner stitched a record 260 runs for the second wicket partnership.

The stage was then set for Glenn Maxwell to give the final flourish with a scintillating 88 off only 39 balls, joining the run feast by sending the ball flying into the stands with monotonic regularity. There were 14 sixes in all in the innings. 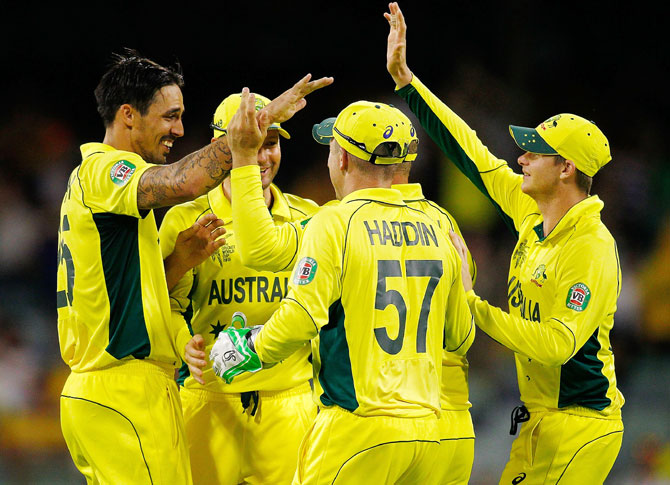 Australian players celebrate after taking the wicket of Nawroz Mangal of Afghanistan during their World Cup match in Perth. Photograph: Will Russell/Getty Images

Thereafter, the pace and bounce extracted by Mitchell Johnson (4/22) was too much for the Afghans to handle as Australia went into the match with business like precision after their one-wicket defeat to New Zealand in a low-scoring tie.

Mitchell Starc (2/18) and Josh Hazlewood (2/25) were also impressive while skipper Michael Clarke did roll his arm over for five overs to get a wicket in the process. 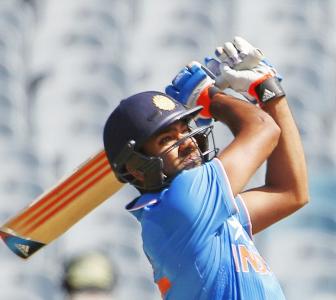 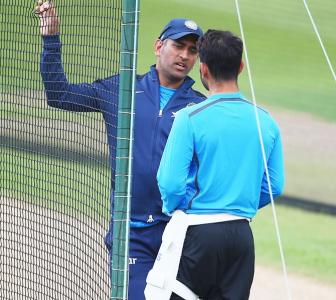 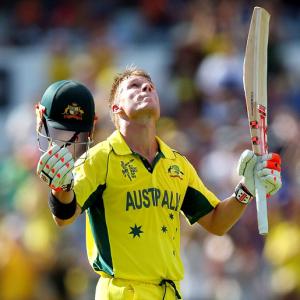 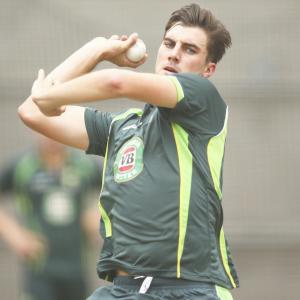