Hindi is ideal, everyone understands it but batsman doesn't: Dhoni

‘The bowlers are really doing the job for us’ 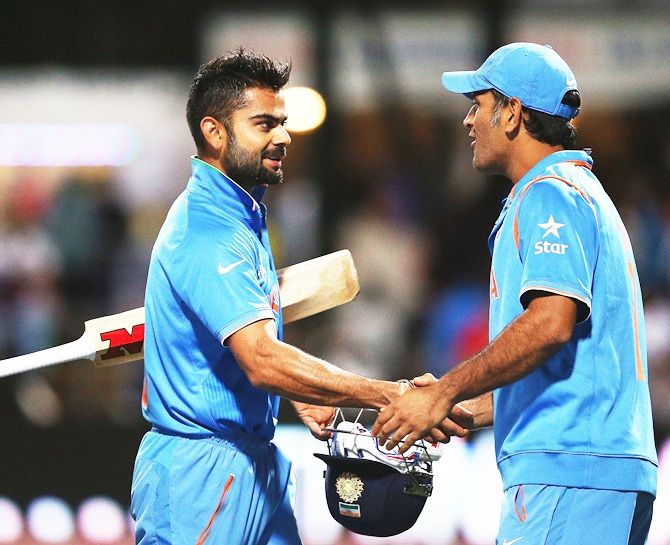 Virat Kohli of India is congratulated by Mahendra Singh Dhoni of India after winning the match against Ireland at Seddon Park on March 10, 2015 in Hamilton. Photograph: Hannah Peters/Getty Images

India captain Mahendra Singh Dhoni heaped praise on his bowlers for bundling out every team that India have played so far in the ongoing cricket World Cup, saying they have stepped up to the challenge nicely and are doing a ‘really good job’.

Dhoni switched to Plan B: Take the pace off the ball and the oxygen out of the game

India beat Ireland by eight wickets to record their ninth successive win in the World Cup and with it a unique feat of dismissing the entire opposition out for a fifth consecutive game.

"One of the coaches was telling me (about India taking 50 wickets in five matches). It's a good statistics to have. It means the bowlers are really doing the job for us," said Dhoni.

"It's a remarkable difference (since the last ODI tri-series), they've really stepped up. Not just the three fast bowlers, the spinners as well, and whenever we've had to use part-timers they've done a good job. Looks like a happy unit," he added.

'We have been here for over four months, we had to sacrifice somewhere' 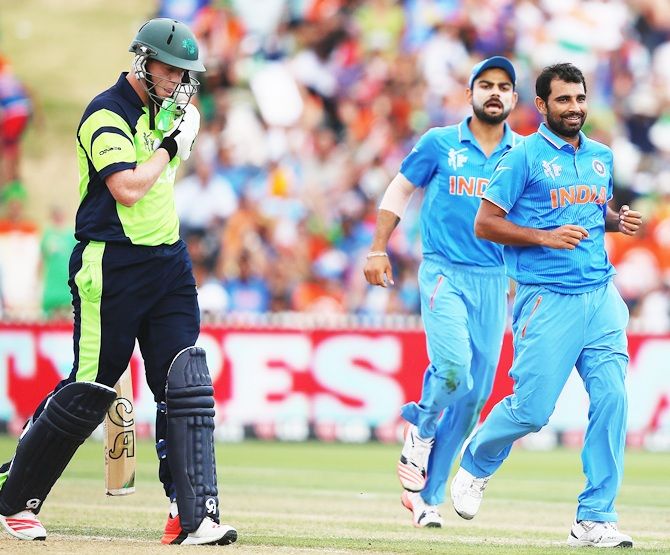 Dhoni said he wanted his fast bowlers to get a good workout and that was the reason why he persisted with them for their full quota of 10 overs.

"I knew, even after 4-5 overs, I could bring the spinners on right away if I wanted, but I still went ahead with the fast bowlers in the first 10 overs, then I felt let's get the most out of this game, (part-timer) Suresh (Raina) also did really well and he got through his 10 overs," he explained.

On what turned around for the team after a dismal Test and ODI tri-series performance that preceded the World Cup, Dhoni said being acclimatised to the conditions helped the side.

"We have been here for over four months, we had to sacrifice somewhere, and that was the intensity in the ODI series, especially after the effort we had put in during the Test series. I knew it would be back when the World Cup started.

"Even this game was a challenge, a lot of them are jet-lagged and sleep-deprived after coming here from Perth. I'm glad all of us have stepped up. It feels good. Everyone is happy we have been able to win nine consecutive games, we just have to take the momentum forward," said Dhoni.

'Both of them batted really well' 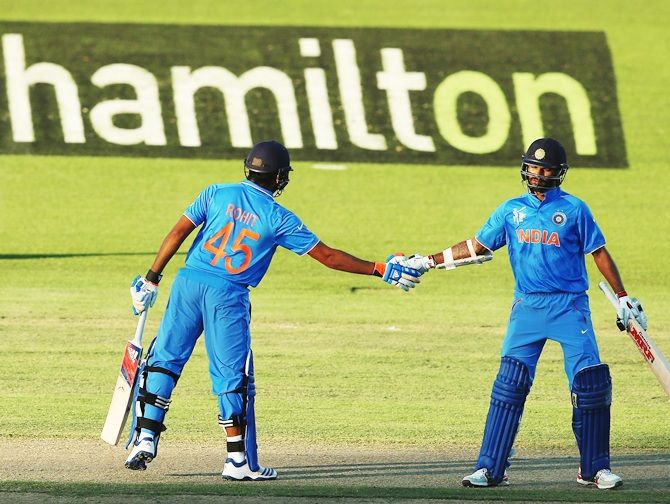 Dhoni said a good opening partnership between Shikhar Dhawan (100) and Rohit Sharma (64) was the icing on the cake.

"Both of them have got runs, the icing on the cake was for both of them to get runs at the same time. I felt both of them batted really well. Initially I thought it could be a difficult wicket, it was stopping, but the dew made it a little better later on," the captain said. 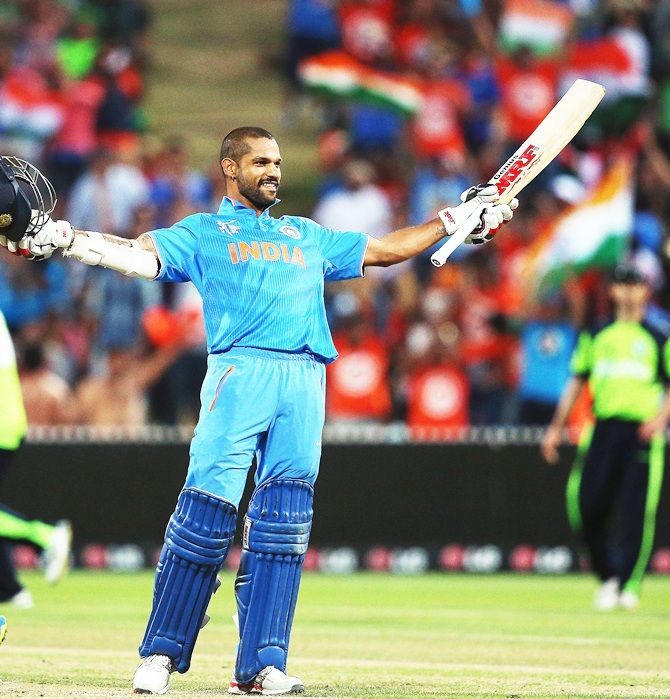 Man-of-the-match Dhawan said he was enjoying his game at the moment.

"I've spent lots of time to figure out my game," Dhawan said.

"I'm used to the bounce and pace and I'm enjoying my game here. Everyone has spent a lot of time here, the communication of the team has gone up. With the time boys have learnt, got experience. It's lovely when we're on the field, seeing the bowlers bowling so quick and in the right areas.

Asked to rate his Tuesday's innings on a scale of 10, the opening batsman quipped: "I always mark myself 10 out of 10. 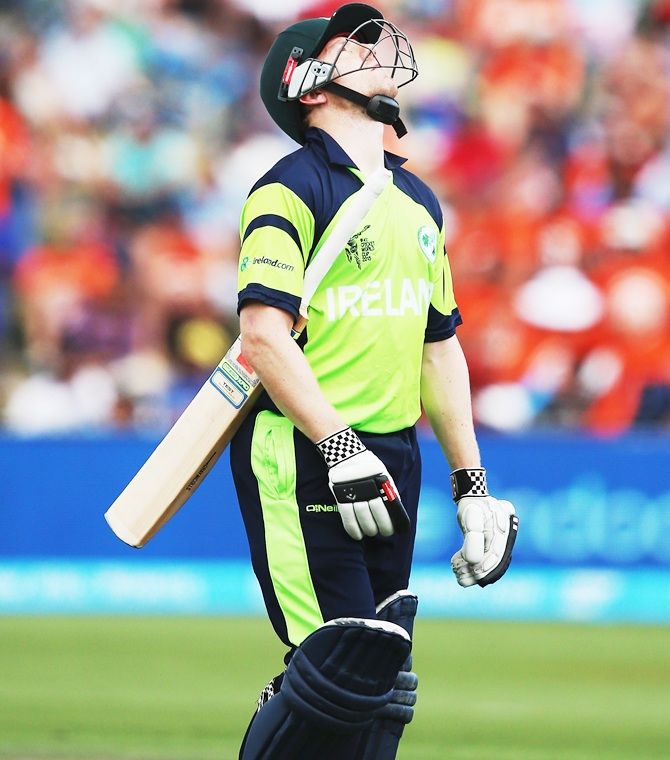 Meanwhile, Ireland captain William Porterfield said contrary to the belief that World Cup has been emotionally draining for his team, it is actually exciting.

"I don't think it is emotionally draining but has been exciting for us," said Porterfield.

He also insisted that Ireland would be looking to give their best in the last league game against Pakistan and try their bit to enter the knockout stage.

"It's all about being mentally fresh for that game in Adelaide, it's a winner takes all for us."

Porterfield said his team fell short by at least 15-20 runs.

"The first innings, it was slightly disappointing because we could have got an extra 15-20, but you have to give a lot of credit to them, kept fighting and coming back, and made it look very easy with the bat.

"(Ashwin) bowled very well, mixed his pace very well, there was a bit of grip as well. We just lost a couple of wickets and that set us back," he pointed out. 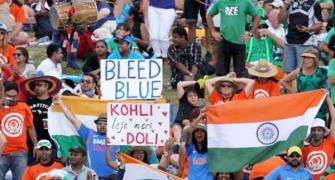 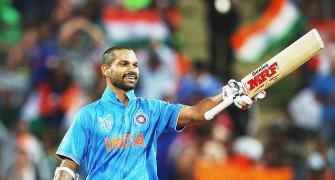 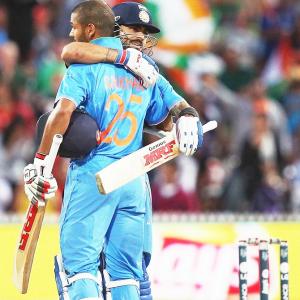 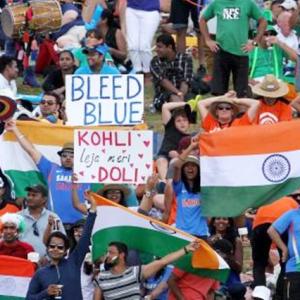