The defending champions struggled during their build-up, losing a four-test series 2-0 against Australia and then failing to win a single match in the following tri-series, also involving England.

But expectations soared after they won all their six pool matches and easily defeated Bangladesh in their quarter-final, taking all 70 opposition wickets in the process. 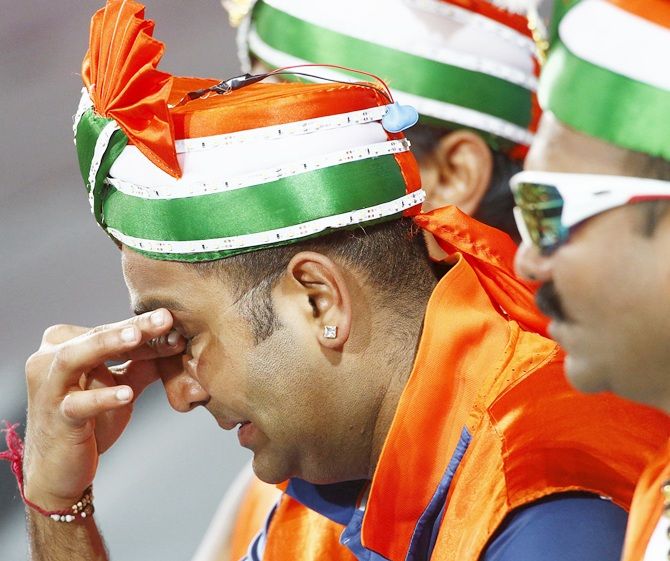 An Indian cricket fan reacts as India, chasing 329 for victory against Australia in the World Cup semi-final at the Sydney Cricket Ground, lose a wicket. Photograph: David Gra/Reuters

The Hindustan Times newspaper summed up the mood of the nation with their front page headline which read "Heartbreak, but young team does India proud".

"Overall, quite happy with where we were," said India captain Mahendra Singh Dhoni, while addressing reporters at the Sydney Cricket Ground after the 95-run loss.

"At the start of the tournament, a lot of people didn't really think we'll come so far."

"He tried" ran the main headline on the front page of the Indian Express newspaper with a picture of the Indian captain walking back with his head bowed after being run out for 65. 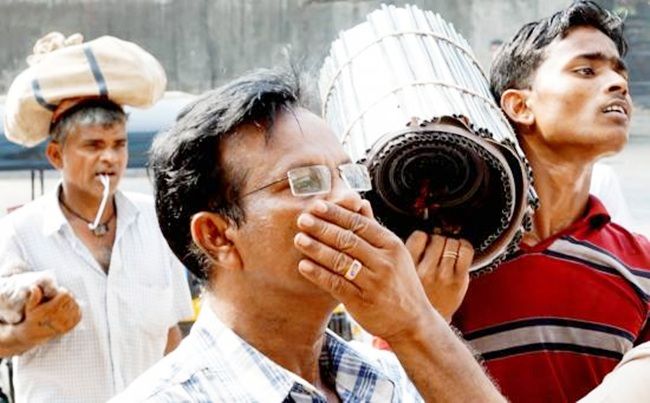 An Indian fan reacts as he watches the semi final on a television set in Mumbai. Photograph: Ramesh Nair/Solaris Images

While security was beefed up at Dhoni's residence in Ranchi, there was no incident of stone pelting like in 2007 when India bowed out of the tournament in the group stage after a humiliating loss to Bangladesh.

The disappointment, though, led to fans taking to social networking sites initially, venting their anger against star batsman Virat Kohli, who made one off 13 balls, and his Bollywood actress girlfriend, who was present at the SCG.

But it was soon over-ridden by people, including former India captain Sourav Ganguly, slamming those taking digs at the duo and blaming them for the defeat.

One national television channel flayed the team for their efforts in the semi-final but was criticised on social media for sensationalism.

Fans were, however, in unison in agreeing that India's juggernaut screeched to a halt against a superior team in the form of Australia.

The Times of India mentioned "India meet their match" and that view was seconded by most columnists in various newspapers.

Former captain Rahul Dravid had no qualms in accepting that the best two teams have reached the final while Ganguly felt India were "outplayed".

"India were outplayed by a much better team," said Ganguly, who captained India in the 2003 World Cup final loss to Australia.

"First it was a good toss to win for Australian captain Michael Clarke. Second, it was the pressure of the target of 329, the pressure of chasing a big total that did India in.