Smith steers Australia to final after thrilling win over England 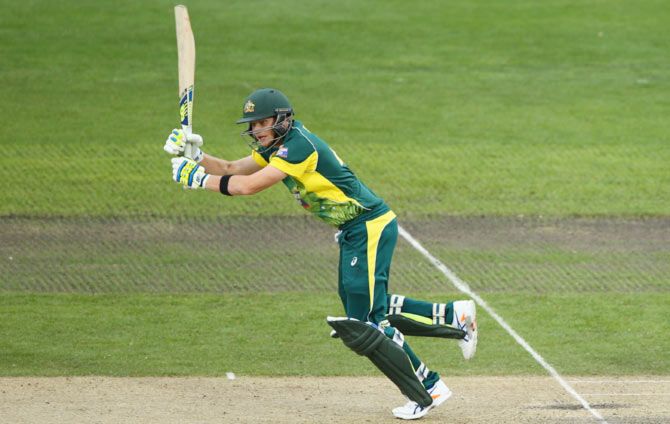 Captain Steve Smith smashed his way to a brilliant century as Australia scored a thrilling three-wicket victory over England with just one delivery to spare in the One-Day International tri-series match in Hobart on Friday.

He continued his recent good run with the bat, slamming 102 from 95 balls, including six fours and a towering six, to guide Australia to 304-7 in 49.5 overs and a place in the final, after England had posted 303 for eight.

His third ODI ton was instrumental in helping the home side chase down the huge target after a middle-order wobble.

Ian Bell's 141-run knock earlier was in vain for England, who will be now hoping India lose Monday's match to Australia to make the final.

Australia's chase was off to a steady start, openers Aaron Finch (32) and Shaun Marsh (45) sharing a 76-run stand.

Finch, who scored at a run-a-ball and struck three fours was yorked by off-spinner Moeen Ali. Then followed by a couple of quick dismissals.

From a comfortable 253 for 3, the Aussies were reduced to a shaky 275 for 5 before Smith and Haddin steadied the ship. 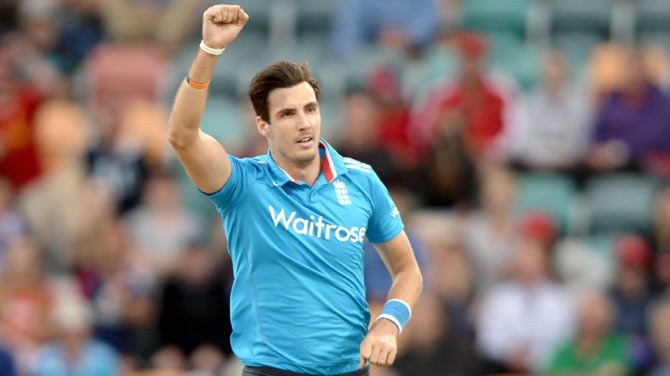 However, next-man-in Smith continued his stupendous run of form even as he struggled to get support at the other end. While Cameron White departed without disturbing the scoreboard, Glenn Maxwell and James Faulkner failed to convert their fine starts.

Maxwell, who looked solid in his 38-ball 37, was caught at deep mid-wicket by Joe Root while attempting a slog sweep off Ali, who was the most economical English bowlers with figures of 2 for 50 in his 10 overs.

Faulkner, on the other hand, fell after adding 35 runs to the total and sharing a 55-run partnership with Smith for the sixth wicket. The all-rounder was dismissed by pacer Chris Woakes.

Smith finally found a firm partner in vice-captain Brad Haddin, who went full throttle in the last 10 overs to take the pressure off his skipper. Haddin was eventually sent back following a 29-ball 42, during which he smashed four fours and a six.

Australia needed 32 runs off the last five overs and Smith steered the side home after a couple of hiccups threatened to derail the chase. 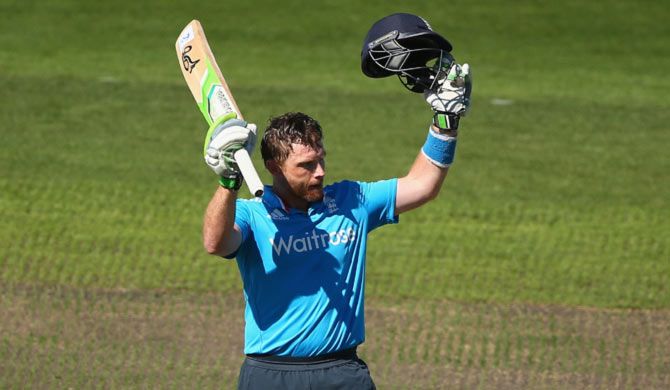 Earlier, opener Bell hit a strokeful hundred only to see England lose momentum at the end of their innings at the Bellerive Oval.

Put in to bat, England rode on a strong 113-run opening stand between Bell, who struck his eighth ODI ton, and Moeen Ali (46) to give the visitors a good start only to see the script reverse in the final 10 overs.

Ali, who missed on a fifty after falling to James Faulkner (1-53) in the 23rd over, was followed by James Taylor (5) as Australia seemed to pull things back a bit.

Bell, whose 125-ball innings was laced with 15 fours and a six, though, carried on in the same vein, stitching a 121-run third-wicket partnership with Root (69) to once again expose the chinks in Australia's bowling armour.

But rookie Gurinder Sandhu had other ideas. The young medium-pacer finally got Bell in the 43rd over to check England's surge.

Sandhu's well-disguised slower ball got the better of a well-set Bell, when the opener looped the ball to mid-off for Mitchell Starc to complete the formalities.

A ball later, Sandhu struck again, this time sending captain Eoin Morgan out caught behind for a first-ball duck.

Root, who completed his eight ODI fifty, tried to carry on the momentum built by Bell but fell to Pat Cummins (1-74), who tried to undo the damage after being guilty of leaking too many runs in his quota of overs.

Wicketkeeper-batsman Jos Buttler (25) tried to add some quick runs in the end but Australia came up with an improved bowling show in the death overs to allow the visitors just 27 runs from the last five.

Looking comfortable at 244 for two at the end of 40 overs, England saw a big slide as runs were hard to come by and the wicket-fall also did not help their cause.

The final 30 deliveries saw three wickets including two run-outs and England, who started off in bright fashion, ended on a sombre note.

Australia have won all their three games so far while England, with five points, are ahead of win-less India in the points table. 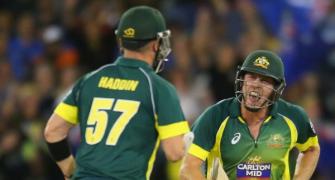 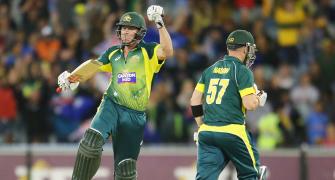 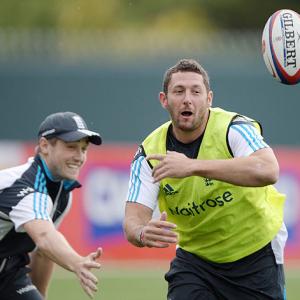 BEWARE! Australia's 'wolf pack' will be in action at World Cup!