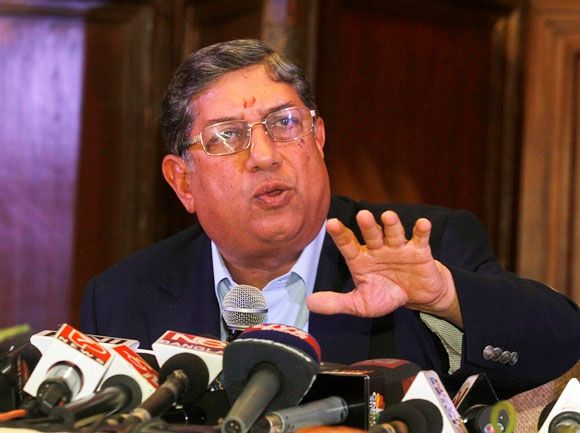 "I have left the Board of Control for Cricket in India (BCCI). I cannot comment on this," he told reporters here when his reaction was sought on West Indies' pullout of their India tour midway early this month.

The BCCI then suspended all bilateral cricket tours with West Indies and decided to initiate legal proceedings against the WICB for abruptly cancelling the tour, because of which the Indian cricket board suffered huge losses.

Srinivasan, also India Cements Managing Director, was in Kolkata to attend an event organised by 'The Refuge', a shelter home for orphans, old and disabled people.

During the event he was showered with gifts from around 90 sport clubs from all over the state.

"I am overwhelmed by the felicitation. I have no words to say but a personal thank you to each one of you," Srinivasan said.

He also donated Rs 1 crore to the NGO.