News
Business
Movies
Sports
Cricket
Get Ahead
Money Tips
Shopping
Sign in  |  Create a Rediffmail account
Rediff.com  » Cricket » I felt like I was being thrown under the bus: Ashwin on Shastri's remark

I felt like I was being thrown under the bus: Ashwin on Shastri's remark

'In my mind, I had done something great for the team in excruciating pain, but all I heard was, "Nathan Lyon took six, Ashwin took three".' 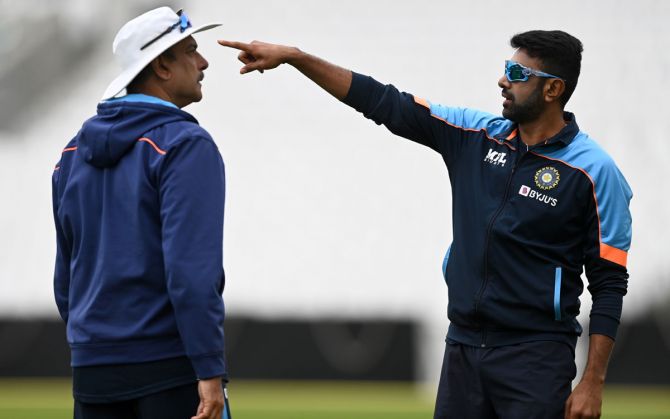 IMAGE: Ravichandran Ashwin says he felt 'absolutely crushed' when then coach Shastri anointed Kuldeep Yadav as India's No. 1 spinner overseas after he had taken a five-for in the 2019 Sydney Test against Australia. Photograph: Gareth Copley/Getty Images

India's premier off-spinner Ravichandran Ashwin has revealed that he felt like he was being "thrown under the bus" after a remark by former head coach Ravi Shastri left him crushed during a torrid phase in his career when he contemplated retirement multiple times.

In an interview with ESPNCricinfo, Ashwin was asked how he felt when then coach Shastri anointed Kuldeep Yadav as India's No. 1 spinner overseas after he had taken a five-for in the 2019 Sydney Test against Australia.

Ashwin said he was genuinely happy for Kuldeep as he knew how difficult it is to take five wickets as a spinner in Australia but Shastri's remarks left him "absolutely crushed".

"I hold Ravi bhai in high esteem. We all do. And I understand we all can say things and then retract them. In that moment, though, I felt crushed. Absolutely crushed," he said.

"We all talk about how important it is to enjoy your team-mates' success. And I was happy for Kuldeep. I have not been able to get a five-for but he has a five-for in Australia. I know how big it is. Even when I have bowled well (at other times), I haven't ended up with a five-for. So I am genuinely happy for him. And it's an extremely happy occasion, to win in Australia.

"But if I have to come and partake in his happiness, and the success of the team, I must feel like I belong there. If I feel like I am being thrown under the bus, how am I supposed to get up and come for a party to enjoy the team's or team-mate's success?"

Ashwin, however, still made it to the celebration party that was organised following the Indian's team's historic series triumph Down Under.

"I went back to my room and then I spoke to my wife. And my children were there. So we were able to, you know, shrug it off, and I still made it to the party, because, end of the day, we had won a massive series."

The 35-year-old said that recurring injuries meant that he was playing under "excruciating pain" when he took three wickets in each innings to lead India to victory in the first Test.

Shastri's remark was quite too much for Ashwin after he played a role in the team's win in the series opener.

"The first Test seemed like a distant memory by then. I had taken three of the first four wickets in the first innings after we were bowled out cheaply, and then when it got really flat in the final innings, I plugged away for 50-plus overs and took three wickets despite what turned out to be a grade three abdomen tear.

"In my mind, I had done something great for the team in excruciating pain, but all I heard was, "Nathan Lyon took six, Ashwin took three".

"As it is, I was frustrated with my body for letting me down when I was in really good bowling form. The last thing I needed was these comparisons and insinuations. Between that reaction and Sydney, it didn't feel like I had played any part at all," Ashwin said.

Ashwin has been a great asset for India in both home and away conditions in the longer format of the game.

The spinner has so far taken 427 Test wickets, making him the third-highest wicket-taker from the country after Anil Kumble and Kapil Dev in the red-ball format. 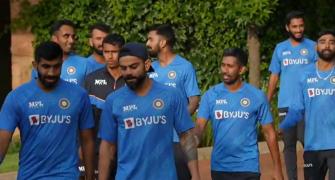 India players warm up with a game of footvolley 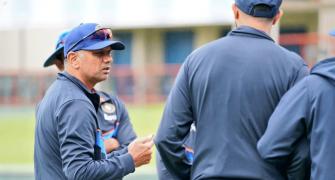 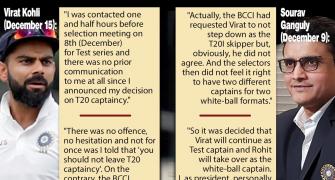 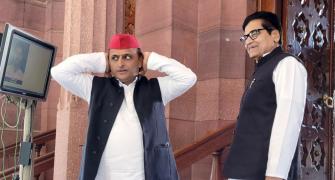 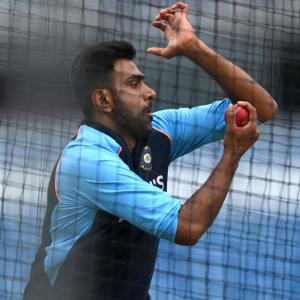 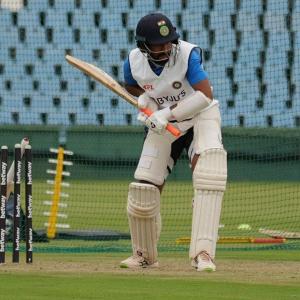