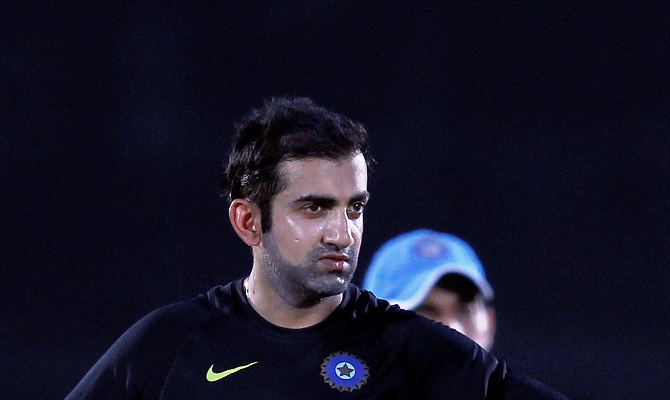 Delhi skipper Gautam Gambhir has dismissed Manoj Tiwary's allegations that he made racist comments against the Bengali community and Sourav Ganguly as a "figment of imagination", saying the Bengal captain should concentrate on his game rather than making sensational claims.

"On Sunday, Manoj Tiwary stooped to a new low by claiming that I made racist remarks about Bengali community and my favourite India captain and one of the best cricketers I have played under Mr Sourav Ganguly whom I fondly call Dada. Let me categorically state here that these allegations are baseless
and Tiwary's way of sensationalising things through his figment of imagination," Gambhir wrote in a media statement.

"First of all I am a proud Indian who respects all religions, communities and sexes. Then, ever since I have had the honour of leading Kolkata Knight Riders in IPL I have been humbled by the love and affection showered on my team and me by Bengali community.

"I have said in numerous interviews that Bengal is my second home and the support of the fans is the biggest X factor for KKR. I can't thank them enough for helping us win IPL title twice," he added.

'It is unfortunate that Dada's name was dragged in' 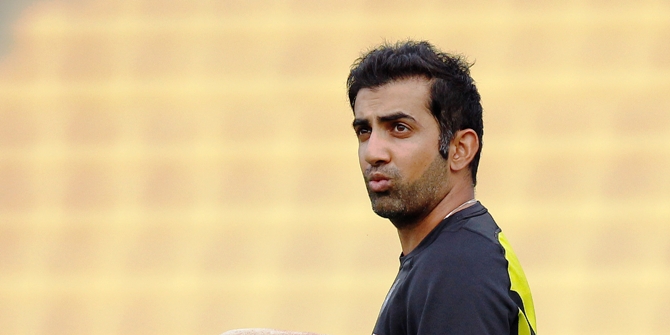 Speaking especially on Ganguly's name being dragged into the controversy that erupted after an on-field altercation between the two players on Day Three of the Ranji Trophy game at Feroz Shah Kotla, Gambhir said that he would never disrespect the great leader.

"Dada taught Indian cricket to play aggressive brand of cricket and modelled the team to win outside India. His contribution to Indian cricket is unparalleled. Personally, I made my India debut under Dada's leadership and can never forget the way he eased me into the team dressing room.

"Besides, I have picked up a lot of things from Dada's leadership ways and put them in practice for KKR. It is unfortunate that Dada's name was dragged in by Tiwary perhaps to gain cheap publicity," Gambhir said.

Gambhir, 34, who last played against England in a Test match in 2014, also had a word of advise for the 29-year-old Bengal player.

"I'd also like to question why didn't Tiwary bring this up yesterday? In the end I'd like to wish sanity in life for Tiwary and being his senior would like to advise that he should concentrate on his game rather than making sensational claims," the statement concluded.